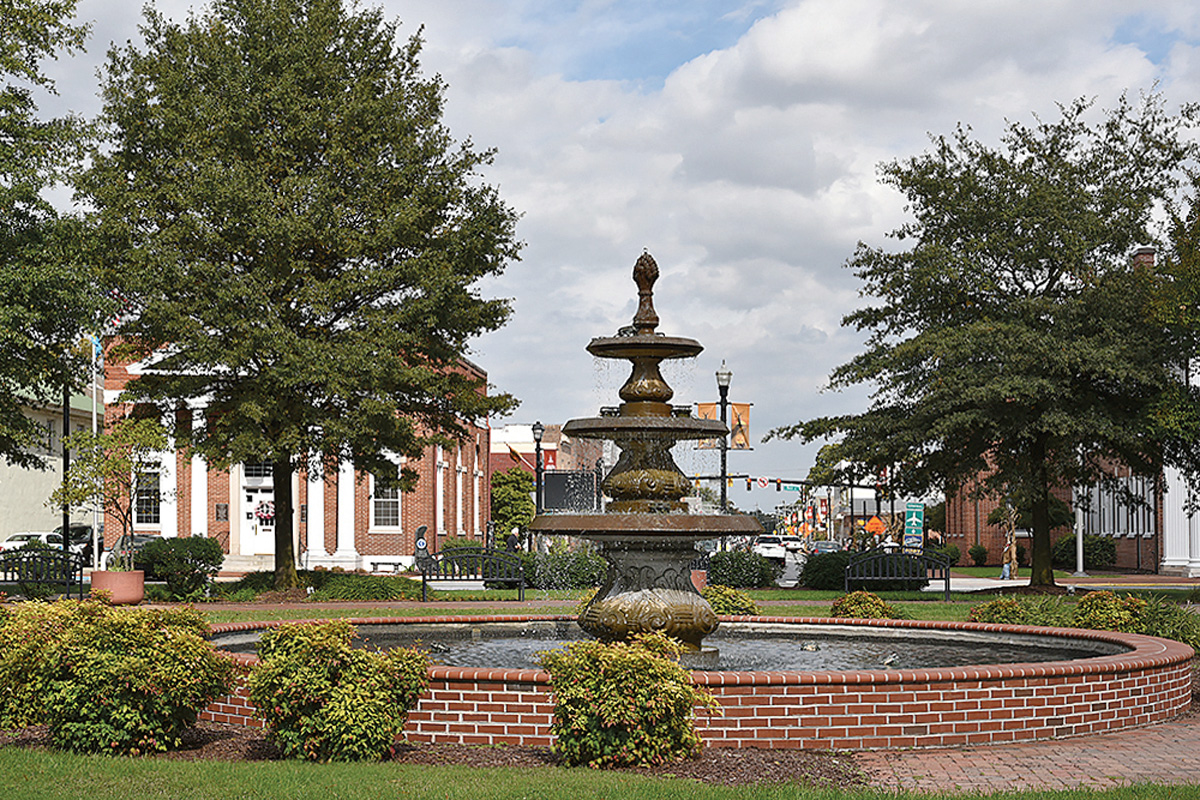 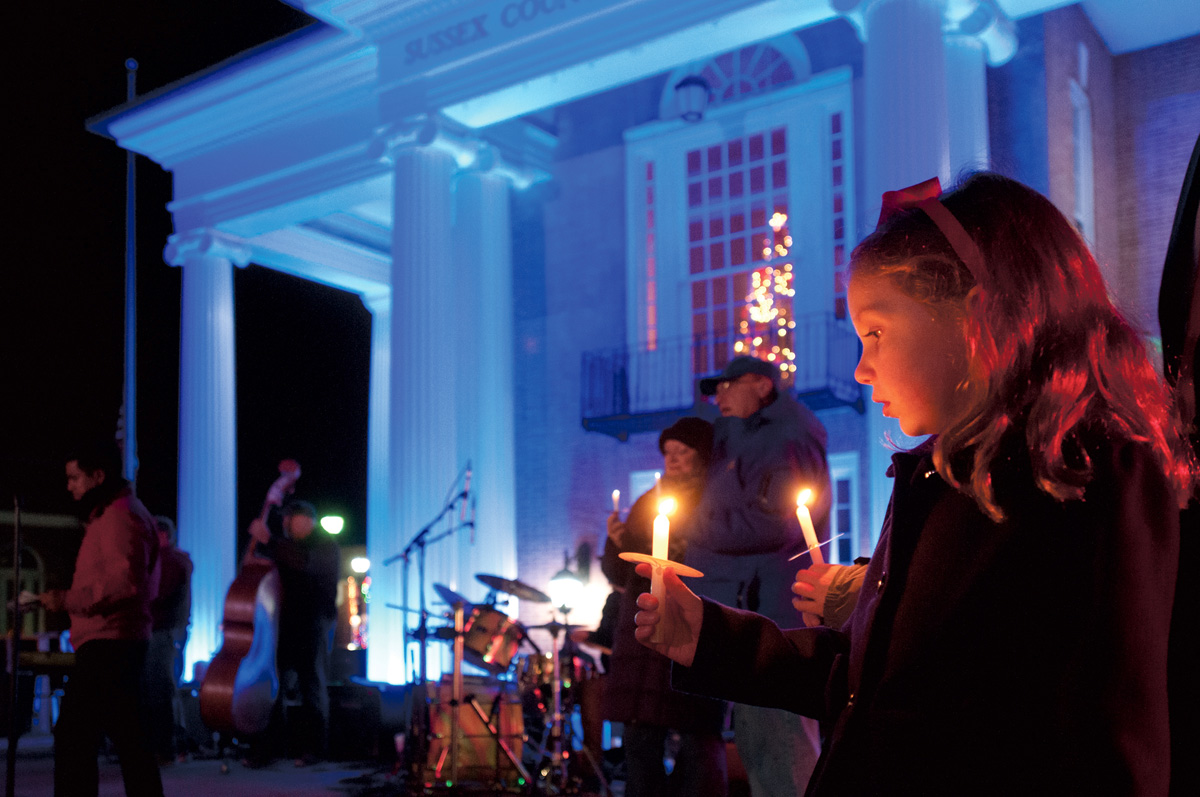 Georgetown is, as the saying goes, “16 miles from anywhere.” It works as a slogan for one of the town’s newest employers, and as Sussex County’s population and economy grows, it’s just a good place to be.

Town Manager Eugene Dvornik has been at the helm of the Town’s administration for 10 years, and he has seen the town rebound from the economic stall of 2008.

“When I first got here, you couldn’t approve housing applications fast enough,” Dvornik said of the housing boom that stretched from around 2005 through 2007. “In 2008, that came to an end.”

When the housing market stalled, Georgetown — like a number of towns that rely on real estate transfer tax for income — felt the impact. Many projects that were in the pipeline simply died, Dvornik said, adding that they have yet to be revived.

Commercial development has picked up, he said, pointing to the new Redner’s market, SUN Behavioral Health’s psychiatric hospital and Beebe Healthcare’s medical pavilion projects as examples. The U.S. Department of Veterans Affairs has also added a free-standing building to replace its former smaller facility in a nearby shopping center.

The Town itself is expanding its footprint around The Circle, adding new administrative space and renovating its current space to serve as meeting space for the town council.

While visitors can’t see it when they drive through or attend one of the many events on The Circle, Dvornik said an important project in town has resulted in improvements to its drinking water and to the water plant itself.

Through state and federal funding, the Town’s water system received upgrades including replacements of service lines and the relining of pipes, both of which resulted in improvements in water quality, Dvornik said. In addition, the town’s water treatment plant on King Street received crucial upgrades.

Currently, Dvornik said, town officials are “looking at current processes to see if there are not ways to improve these” — citing management of the town’s vehicle fleet as one example. “We are constantly looking at how we spend money.”

The town is also in the midst of developing its Downtown Development District, in which certain areas of town are being targeted for the development of mixed-use buildings — in the tradition of historic downtown areas where residences are often found above first-floor businesses.

“We want to increase community activity,” in those areas.

One of the newest educational facilities in the town, Sussex Academy of Arts & Sciences, is an example of how creative problem-solving can benefit the community. Four years ago, representatives of Delmarva Christian School and SAAS began talking about how swapping buildings could benefit both schools.

The result is that Delmarva Christian School has now settled into the former SAAS facility on Sussex Pines Road, which fits its smaller-than-anticipated enrollment, and SAAS has reached its goal of adding a high school to the existing middle school and has finished construction on improvements to the former DCS building on Airport Road.

SAAS Director Patricia Oliphant said the swap came at a time when SAAS was due for a charter renewal and was looking toward expanding to add the high school, but the question was “where are we going to build? On that site or on another site?”

Delmarva Christian approached SAAS officials with the proposal of switching buildings and, Oliphant said, she and the SAAS board of directors felt “It was a good idea. Delaware Christian has been able to blossom further, and so have we.”

Since SAAS students live all over the county, the school’s central location in Georgetown has been beneficial, Oliphant said. In recent years, the school has reached out to the Town with service projects including a town cleanup and participation in the semi-annual Return Day celebrations that bring thousands to the county seat for a unique celebration of the democratic process.

Someone who knows a thing or two about Return Day is Rosalie Walls, who directed the event for 26 years.

“I’m not really a politician,” Walls said, “but that’s as far in politics as I’d like to be.” She added that she is on a first name-basis with many Delaware politicians and has a photograph of herself and former Vice President and Delaware U.S. senator Joe Biden hanging in her living room.

Walls, who will be 83 in December, is a lifelong resident of Georgetown and said, “I can’t think of another place I’d rather live. I think we’re so blessed here with the weather and that kind of stuff. I like the little small-town charm and people — everyone knows everybody else, almost.”

Although she stays out of the sometimes-heated political arena, Walls said she likes knowing those who are in it.

“I can’t imagine living in a state where you don’t know the people who make your rules and government,” she said.

Georgetown officials in recent years have seen the town’s demographics change quite a bit, as its Hispanic and Latino populations have grown considerably. Dvornik said the town’s Hispanic/Latino community has become “one of the largest components” of the town.

The percentage of residents of Hispanic ethnicity has definitely increased in recent years, from 32 percent of the total population in 2000 to 47 percent in 2010, according to U.S. Census figures.

The greatest area of growth has been in young children, 9 or younger, and in adults in their 20s and 30s, according to the 2010 U.S. Census. So it should not be a surprise that Dvornik said the school buildings in the town are serving many more students than a decade ago. Looking forward, the Indian River School District plans to build a new Howard T. Ennis School for special needs and add 32 new classrooms to Sussex Central High School, both in the southern outskirts of town.

Oliphant, who is a Sussex County native, said, “People who are moving here are moving here for other reasons than why I live here,” and quality education is consistently at the top of what new residents seek.

Citing the “16 miles from everywhere” tag that the new 16 Mile Brewery in Georgetown has made it part of its trademark, Oliphant said Georgetown acts as a hub for education, services and, increasingly, for businesses.

Carleton Moore Sr., a longtime community leader who has always lived in or near Georgetown, said he believes the influx of Hispanic and Latino residents is crucial to the survival of area businesses. Without them, Moore said, “I don’t know where [workers] would come from,” particularly in the area’s poultry plants and industries such as construction and landscaping.

Dvornik said public transportation, which is often key to attracting workers, has made strides in Georgetown with the development of the DART Flex bus system and the Delaware Avenue transportation hub.

He is also enthusiastic about another mode of transportation that will get a boost with a project that is in the works. Plans for a Georgetown-to-Lewes bike trail are just now getting under way, Dvornik said. The hope, he said, is that the trail will be a boost to the county’s blossoming eco-tourism efforts.

Walls, for her part, said she is happy to stay in Georgetown, no matter what.

“The town has certainly changed. I still like it,” she said, adding that she doesn’t see why some “put up their houses up for sale and move out.” Walls’ three sons are still located in the area, she noted. “I like the small-town atmosphere.”  v