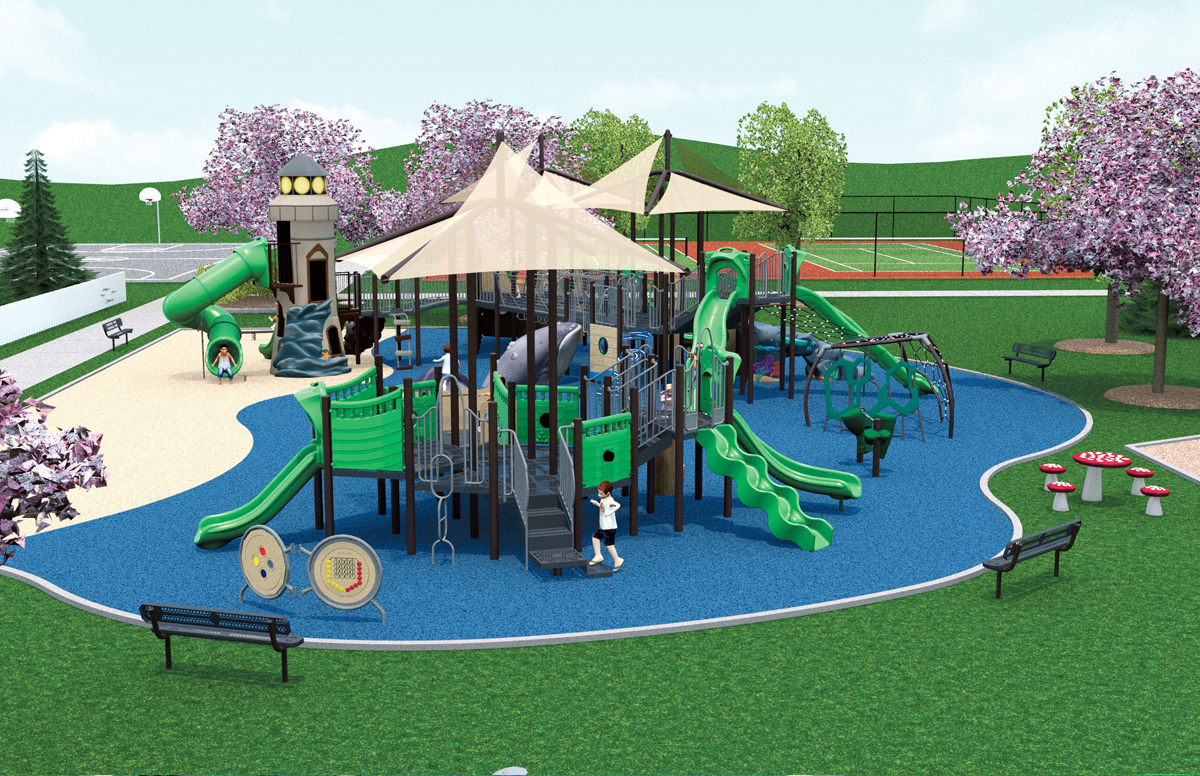 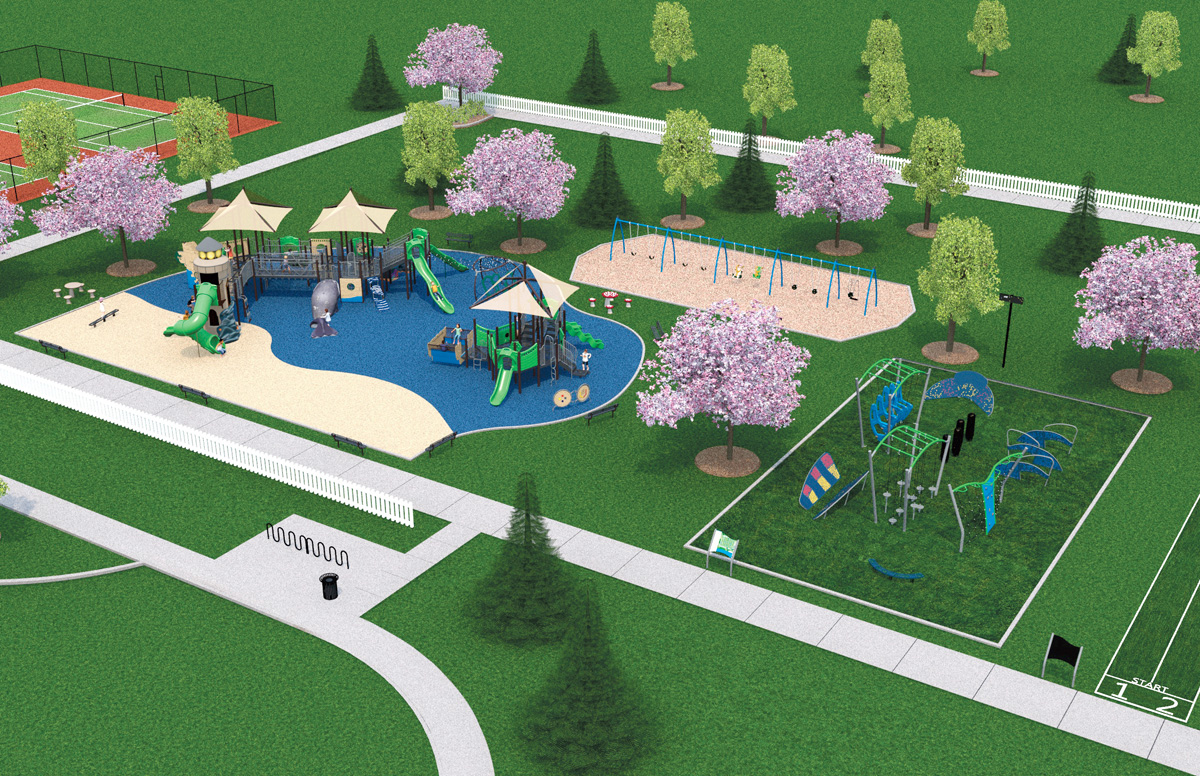 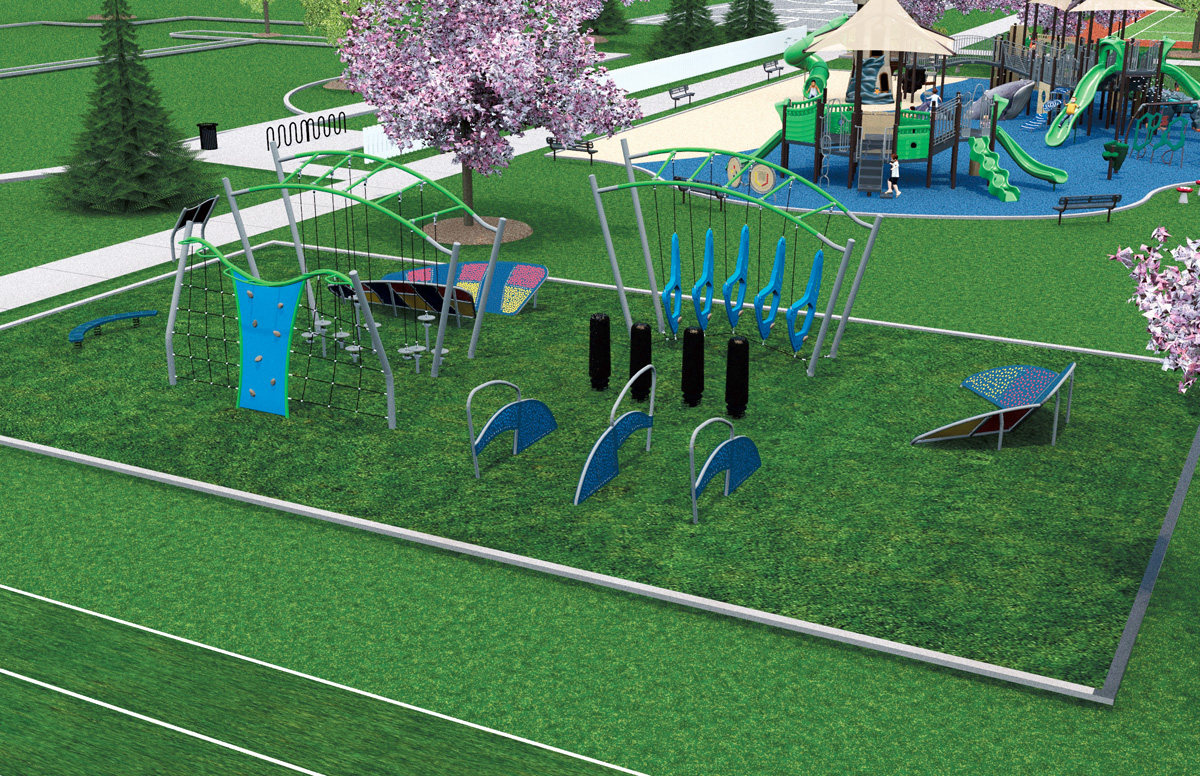 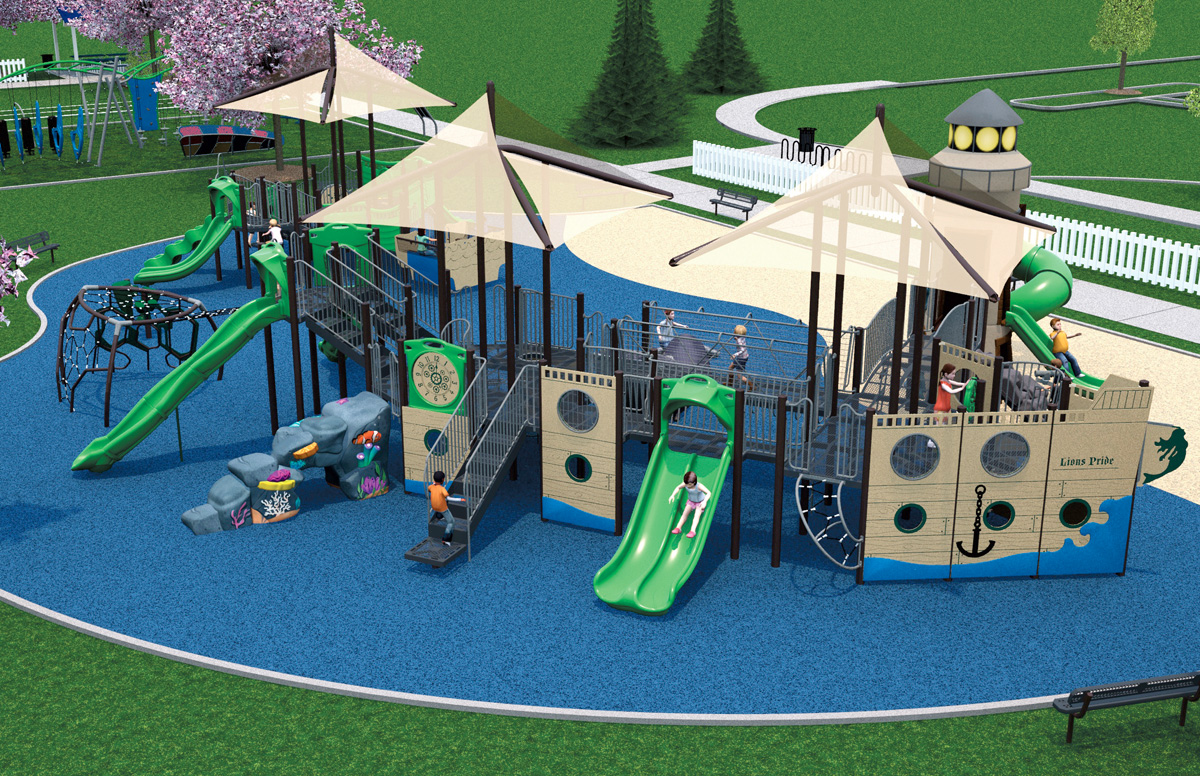 Ground has yet to be broken on Millville’s new town park, but anticipation is high for the state-of-the-art recreation spot. Town officials and residents alike are hoping the park will be a central point for fun, festivals and fellowship for years to come.

The 5-acre park and playground, to be located on Dukes Drive, has the potential to be an important gathering spot — not only for Millville residents, but for the entire area. It will include a playground with large play structures for children of all ages, as well as recreation courses for older children and adults, bocce ball and pickleball courts, a pavilion and a community center.

The design for the $2.5 million project, which has been approved by the town council, calls for a large ship that incorporates play and climbing areas, as well as a lighthouse that will wrap around a slide, according to Town Manager Debbie Botchie.

Although the ship doesn’t have a name yet, perhaps it could be called the “Ethel Dukes,” which would harken back to the town’s shipbuilding past, as well as the family that lived and worked on the land the park will sit on. (The original craft called the Ethel Dukes, according to research by Gordon Wood, was a 41-foot-long shallow-draft sloop built just north of Millville, an example of a common type of boat that frequently sailed from area docks, including Daisey Landing and Pennewell’s Landing in nearby Ocean View.)

Alongside the playground that gives a nod to the town’s history will be a newfangled Challenge Course, which incorporates electronic elements in an obstacle and fitness course. Through the electronic elements, participants will be able to time themselves and keep track of their times in comparison to those achieved by friends and family, as well as participants all over the world who are using similar courses.

A 40-yard-dash track nearby will have the capability to record each runner’s times as well. The town hopes the course will be a boon to families looking for activities that will appeal to older children who are too old for the playground but would enjoy the challenge and the electronic aspects of the new course.

“We see a lot of the schools using this for training for their kids as well,” Botchie said.

The walking trail will be a third of a mile long and will run around the back of the park. Discussions at town council meetings have included how to make it accessible to everyone, from parents with strollers to inline-skaters. The trail will also include stations with more exercise equipment.

The park will be a place for relaxation as well, with plans for a pavilion where bands will play and space for movie nights, Botchie said. The town’s popular farmers’ market will return and will be located in the park.

“The whole center of the park is open space,” she said — perfect for festivals, picnics and the like.

Plans also include a brick “plaza” where the Town would like to host food trucks from which residents can enjoy a casual meal on a summer evening.

A new community center — something residents of Millville and surrounding towns have clamored for for years — will become a reality as part of the park project. It will be 4,000 square feet and will include a large open room, a smaller meeting room, an office, a kitchen and ADA-compliant bathrooms.

The larger room will include cabinets that various groups could use to store supplies. Botchie said she would love to see the room used for activities such as art classes; other uses could include Scout meetings and homeowners’ association meetings.

Brian Lewis, a representative of GameTime — the company that is providing the park equipment — said at an October 2016 town council meeting that the first phase of the park project could be completed in six to nine months. The first phase would include site preparation, the parking lot, utility construction, playgrounds, swings, fitness trail, 40-yard-dash track and Challenge Course. That phase is projected to cost about $1.5 million.

Phase 2 of the park project includes a maintenance building, the community center, part of the trail, the brick plaza for concessions and utility connections. That part of the project is expected to cost about $670,000.

The third and final phase of the park will include fitness stations, pickleball courts and the pavilion, at a cost of $250,000.

Botchie said the goal is to have the first phase of the park completed in time for the town’s Pumpkin Festival — a fall celebration that had increased in popularity in recent years but had to be canceled in 2016 due to a bad rainstorm.

“Our residents really like that kind of stuff,” Botchie said, adding that she envisions the town’s Holiday Festival, previously held in the town hall, will move to the new community center once it is completed. “We’re going to have a tree-lighting!” she said. Other potential events could include a May Day celebration, she said.

Botchie said she hopes that the park provides the town with a central gathering place — something it has lacked until now.

“We’re not Ocean City. We’re not Berlin,” she said, adding that she feels the town park nonetheless has the potential to become a unique spot and a favorite place for people to gather for years to come. v