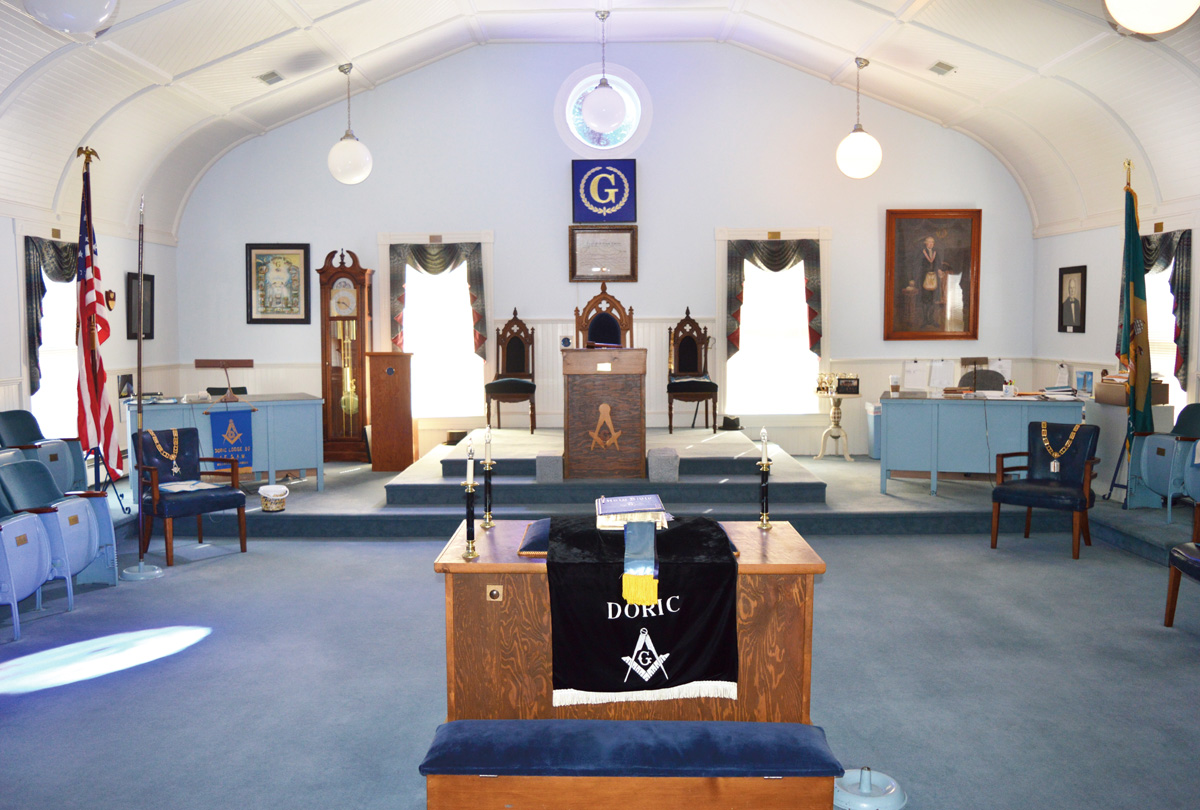 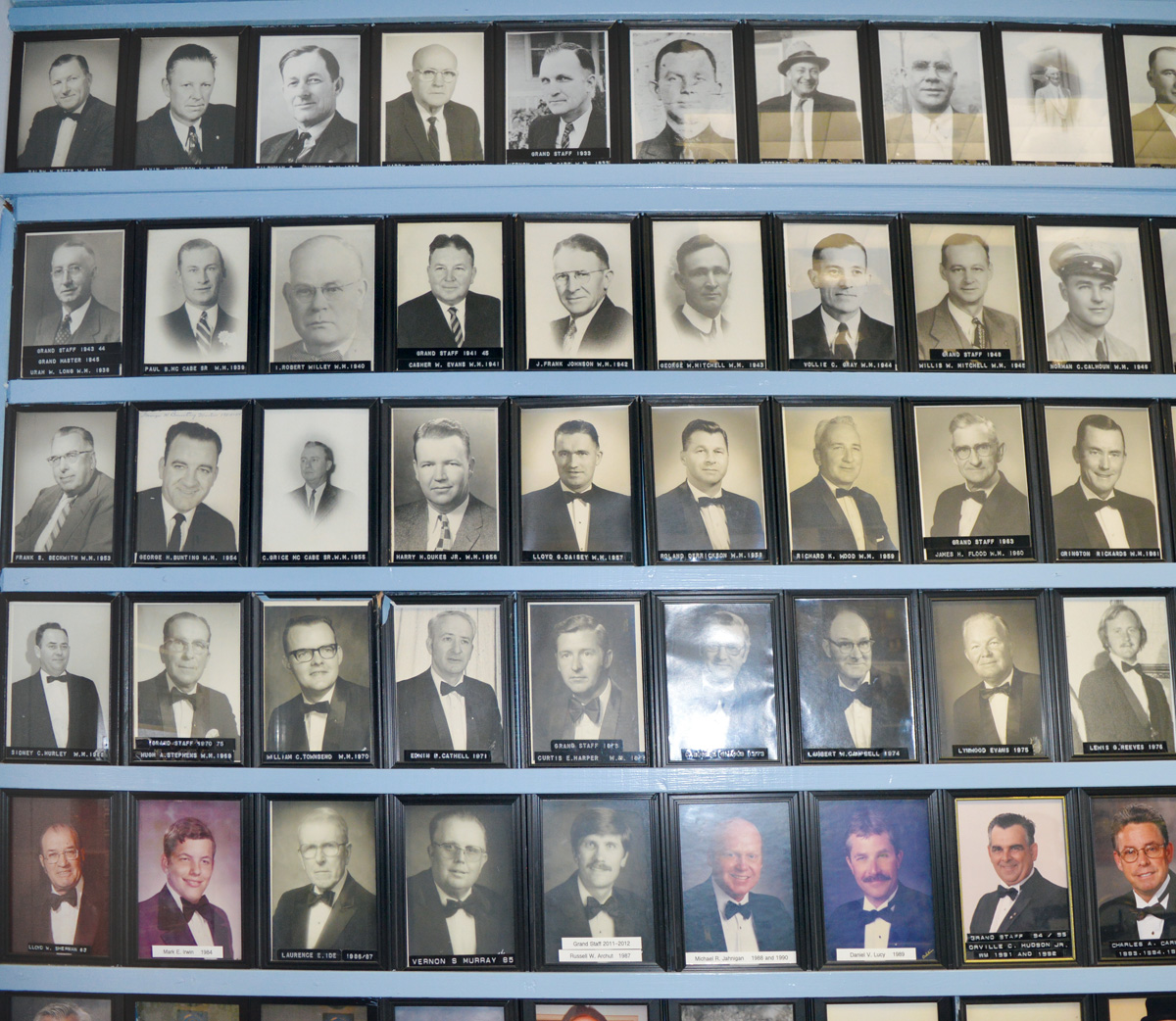 Masons a constant in Millville's history

There’s little question that the town of Millville has seen spectacular and dramatic growth over the years. Changes in demographics, a shiny new town hall, and the paving and subsequent widening of Route 26 are all very striking reminders of those changes.

But that striking white building on the south side of Route 26 remains largely the same — the one with the symbol on the front that is sure to catch the eye, and the treasure of mysteries behind its doors is equally as certain to capture the imagination of the uninitiated.

That white house is the home of Doric Lodge No. 30, Ancient Free & Accepted Masons.

In 1897 a local group of men petitioned to form a Masonic lodge, and after obtaining a nice piece of land via a donation from the Betts and Dukes families, that white house was constructed and opened in 1903, according to Doric member Andrew Lyons Jr., a former Master of the lodge who grew up in Millville (and, in the interests of full disclosure, is the son of our publisher). Edward F. Reynolds was the Master of the lodge that year, and Doric Lodge No. 30 has been rolling ahead ever since.

So, how does a secret society maintain its secrecy for so long?

“We aren’t a secret society,” said Lyons with a laugh. “Our buildings are pretty obvious. We have some secrets, but we have stickers on our cars and trucks, and wear rings, and we proudly talk about being members.”

“We are about taking good men and making them better,” said Lyons.

That is one of the basic tenets of the Masons — they are selective as to who they let join the organization. As Lyons explained, nobody is asked to join the Masons — one must find a member and ask to be considered for membership. They must study and work hard to join, and one “no” vote from any member can end their hopes. Once in, they are required to conduct themselves in an exemplary manner in order to remain active.

“To abide by the rules and regulations that they have, going into it, you know — that’s what you have to do,” said Gary Willey, who served on the Millville Town Council for 23.5 years, and was a multi-generation mayor of the town.

Bill Cobb has spent a bit of time with Doric Lodge No. 30. To be precise, he has spent 55 years with the organization (“Soon to be 56,” he said.), and he is Lyons’ grandfather.

“I was raised about two blocks from the lodge and walked by it all the time,” said Cobb. “I didn’t know what it was really all about, but some of my friends were members, so I wanted to see what it was all about. … My dad was in it, and I had no idea.

“Back then, nobody really said they were in the lodge,” Cobb continued. “I don’t know how they ever got people in.”

Cobb mentioned that there was a Junior Order of United American Mechanics (JOUAM) lodge in Millville until the 1950s. It was located behind the Millville United Methodist Church, and they would host singers and other performers, and a lot of those younger members would join the Masons when they got old enough.

At the center of the Masons is the “brotherhood.”

Lyons said the Masons are the oldest fraternity in the world, and their oral history goes back to King Solomon (970-931 B.C.), with a definitive written history dating back to the early 1700s in England. He said lodges began growing in importance in the U.S. in the middle-1700s, and three consistent pillars of most communities back then were the church, school and lodge.

He added that the Masons are not a religious organization, by nature, but members must believe in “a supreme being,” and passages from the Bible are an important part of the Masonic fiber. But Cobb added that religion is not something debated in the lodge.

“When you walk in, everybody’s friendly, and it’s understood that there is no politics or religion,” said Cobb. “I’ve been in for 55 years and never heard it once.”

It is about each member making ethical choices in his life, both professionally and personally, as well as participating in the community as individuals. And while each member is loyal to the people in his lodge, each member also feels an allegiance to each member in every lodge.

Lyons said people from around the country will stop by Doric Lodge No. 30 to take in a meeting and that he has stopped by other lodges himself when traveling.

“It’s that fellowship and brotherhood you have within the lodge,” said Willey, when asked about his favorite part of being a Mason.

“When you meet another Mason, you meet a brother,” said Lyons, adding that when Doric goes to North Carolina for the annual Masons barbecue competition, “The reception we get down there is unreal. We are brothers.” v