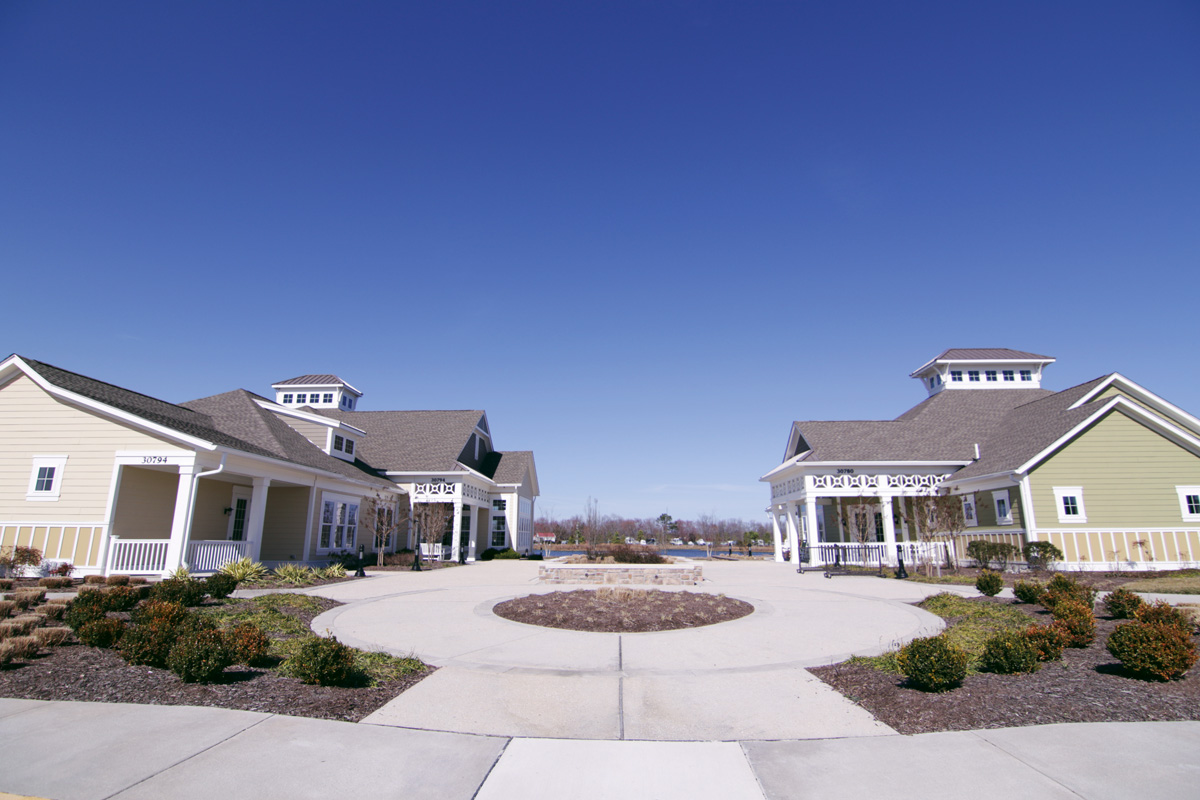 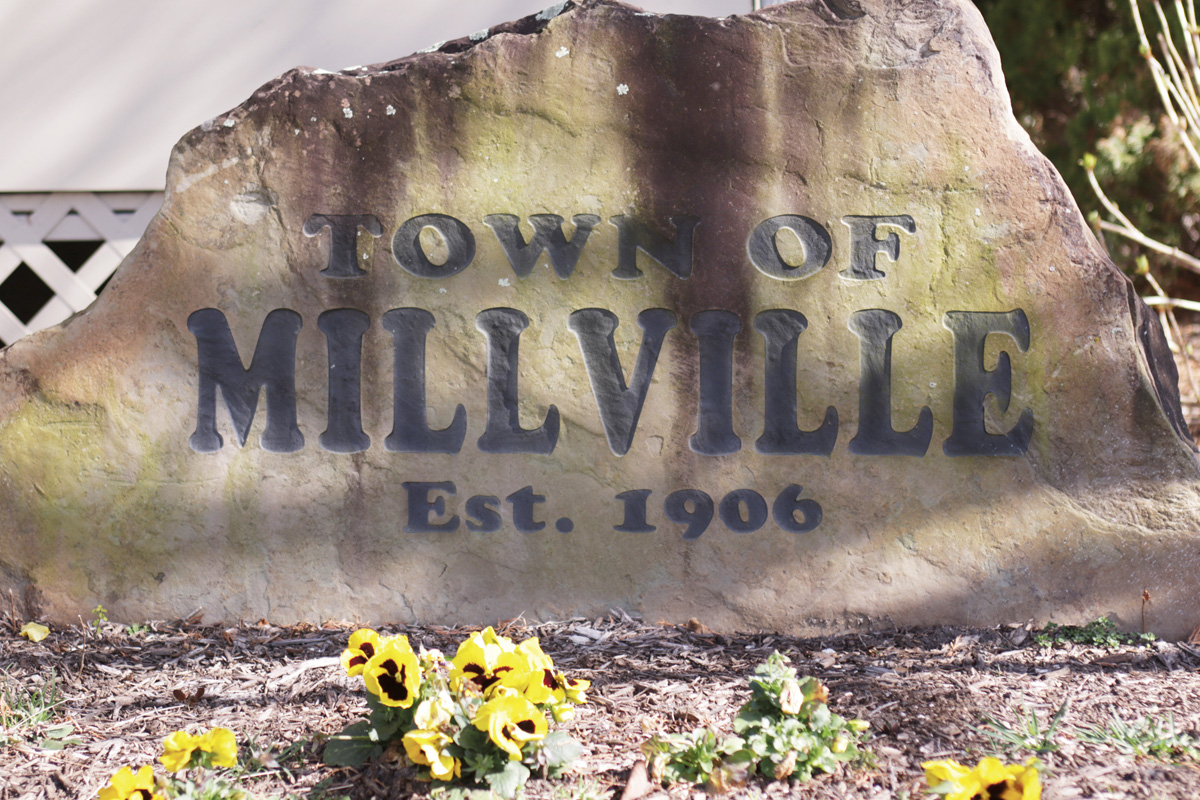 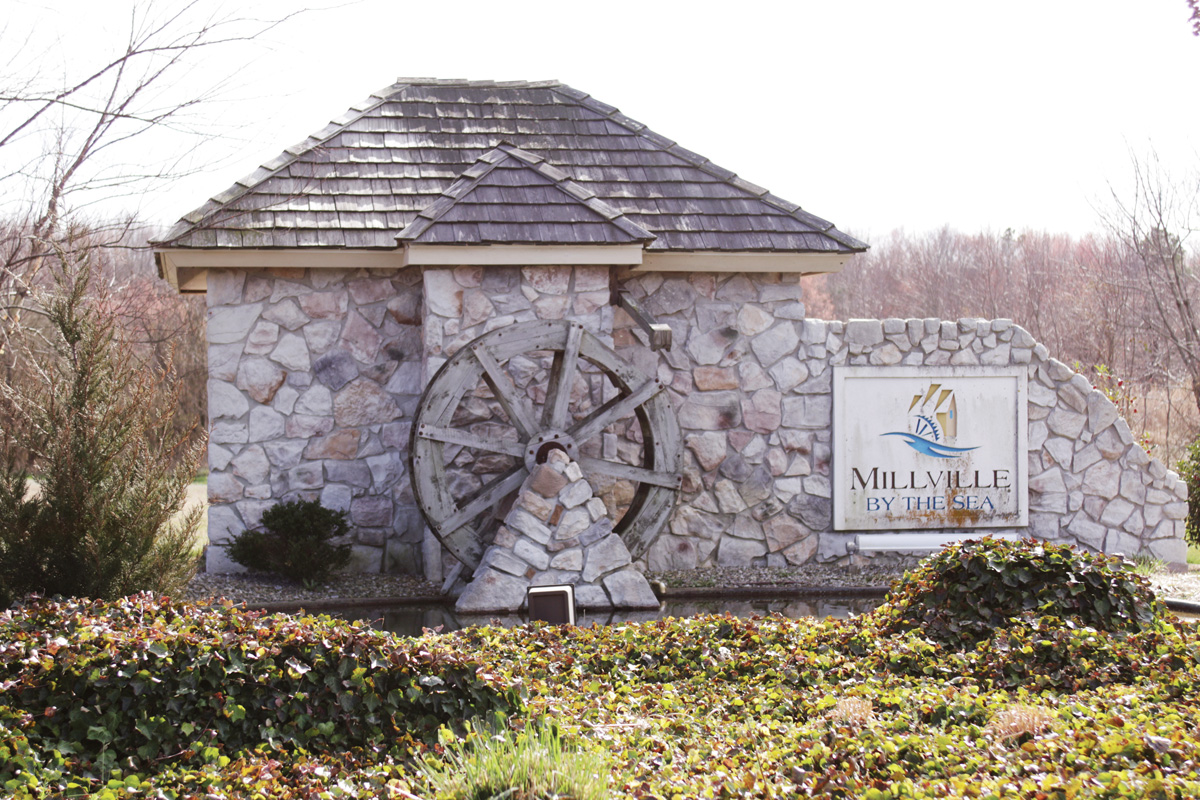 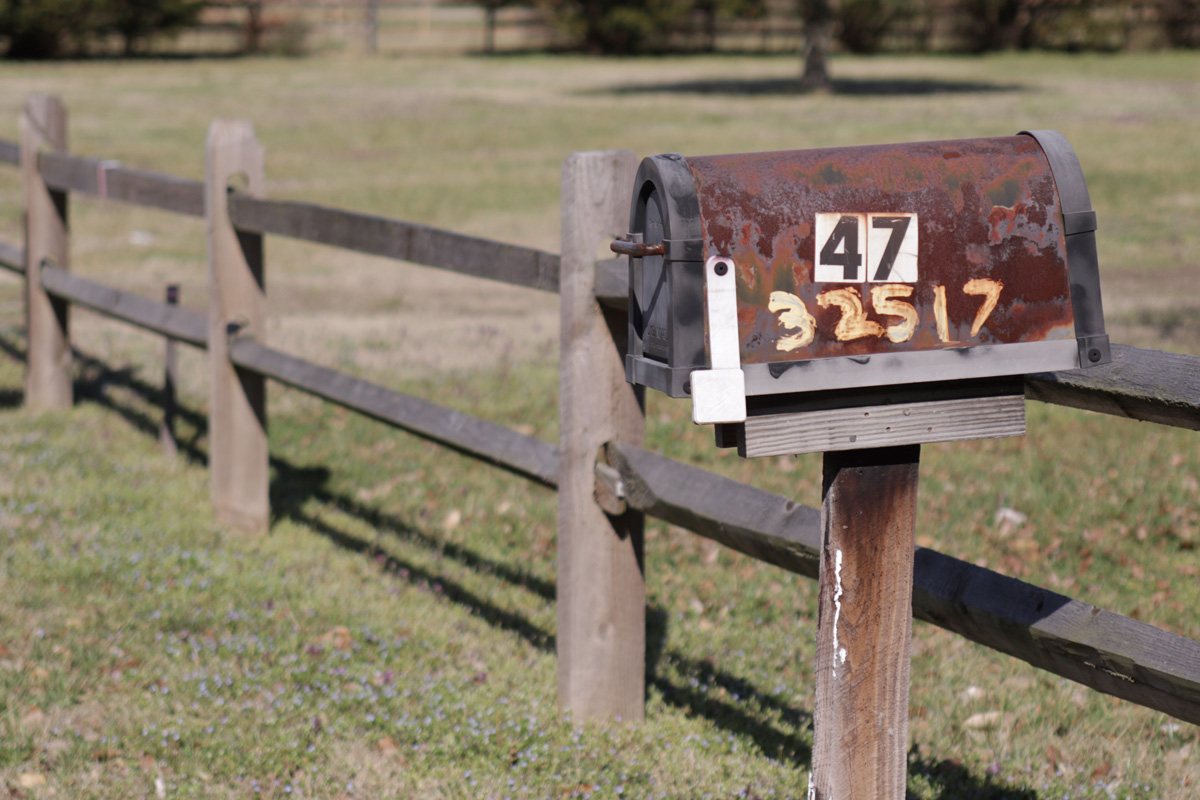 If the town of Millville was a children’s book, it might very well be “The Little Town That Could.” Within its two square miles live somewhere between the 544 people counted in the last Census, seven years ago, and what Town Manager Debbie Botchie and her staff estimate to be about 750 people. That’s more than double the town’s population 15 years ago.

With the 2,600 homes planned for the Millville By the Sea community on Route 17, which was annexed into the town, those numbers will continue to grow, probably for at least the next 15 years or so, Botchie said.

That, plus additional homes to be built in several smaller developments that will be built out in the next few years, might seem like an overwhelming change, but Botchie said the town is prepared.

She said that that, despite the growth, Millville will maintain its small-town atmosphere.

“Yes, we’re planning for the future. Is it going to be Ocean City, Md.? Noooooo,” Botchie said emphatically.

Millville is currently taking two big steps to better serve both its existing residents and those who will move there in the next decade or so. A 5-acre town park will feature state-of-the-art exercise equipment, play equipment, a community center and a pavilion. Soon to be completed, an addition on the town hall building will house offices for staff, garage space and areas that will be used by Delaware State Police troopers who patrol the town.

And, if the Town should, in the future, decide to form its own police force, the additional space would serve that need, Botchie said.

In the next year, Millville will begin the process of updating its comprehensive plan, which is the blueprint the town uses for development.

“The comprehensive plan we did 10 years ago was really good,” Botchie said. “They were looking for all commercial to go on Route 17. We thought a lot of that property would annex into Millville, but that hasn’t happened.

She added that Millville By the Sea will have a small commercial area and predicted that, once that is in place, it will “kickstart” more commercial development along Route 17.

As part of the comprehensive plan process, residents and businesses alike will have a chance to weigh on the town’s future.

Surveys to be sent to both groups will ask them to tell town officials “How big do you want to be? What do you want?” Botchie said.

She said that, of course, with growth comes the possibility that the town will need to provide more services than it currently does. The town will look into those areas as needed, she said.

“We’ve increased our state police coverage from 12 to 20 hours, and that’s working just fine for us.”

She said “outsourcing” for services such as police seems to be a good model for Millville, now and for the foreseeable future.

As an example, she pointed to roads — which, despite some residents who feel the town should maintain them, Millville officials see no need. Once a town takes on maintenance of roads, she said, “It’s never-ending, so why do that?”

Although the Town has not received any recent requests to annex any more land into its boundaries, Botchie said, there is the possibility that it could come in the future.

“To the north, west and south, we can annex and expand,” she said.

Transfer taxes from real estate transactions are the town’s chief source of funding, and although that might dry up eventually, for now, the town is in fine financial shape.

“Today, if this Town didn’t collect a penny for seven and a quarter years, we’d have enough money,” she said. “We’ve done everything we can to not raise taxes,” she added.

Those who live and work in Millville seem happy with the way the Town is conducting its business, judging by the lack of attendance at budget hearings, Botchie said.

But, as in many formerly quiet, rural areas, there is a tension in Millville between the changes that growth brings and the desire to stay quaint and quiet.

Some who have lived in Millville all or most of their lives, such as Grace Dukes Wolfe, said that although “I don’t know how long it will take,” she fears that Millville will one day lose its identity. “I think it will be part of Ocean City, Md.”

Wolfe’s family has been in the area for generations. In fact, her ancestors donated land for the Masonic Lodge next to her home on Route 26.

Gary Willey, a third-generation mayor of the town who now lives just outside town limits, said he believes Millville will continue to grow as more people seek an affordable area near the beaches.

“I just think there’ll be continued growth,” Willey said. “I think that’s basically it, but it’ll be in the outlying areas of Millville. Not much can happen in town on Route 26,” he said. “There’s not much land left to do anything with on Route 26,” he said, adding that development on the major road would most likely have to be from property where houses currently sit becoming commercial property.

As a former mayor, Willey connects with the issues that he sees down the road for the town council.

“Whether or not to go ahead with a police force is going to be a large challenge for them,” he said. “When you do grow and annex the surrounding properties, you’re allowing more people to come in the area, and some of them bring with them crime, so I think smart growth and keeping everything low-key is going to be a challenge.”

Longtime area resident Lois Dolby, who has lived in and worked as a Realtor in the Millville area for many years, said the major influx of residents currently is retirees, which she said is fine, but she would like to see more diversity in ages.

Richard Hudson, who lives and works in neighboring Clarksville — which is unincorporated and has many of the same challenges as its incorporated neighbor, Millville — said he is concerned that infrastructure needs to keep pace with development.

“I think they do need to control the development, because they don’t have the infrastructure in place.” Sewer service was only recently extended to Route 17.

“Being a country boy,” Hudson said, “it upsets you to see progress. Progress happens.”

Hudson, who has owned Hudson’s General Store in Clarksville with his wife Melody for 25 years, said, “I would like to see the infrastructure stay up with the progress so we don’t pollute and ruin what we’ve got here.”

While Millville depends on the state police for law-enforcement coverage, the Millville Volunteer Fire Company has served the town since 1922 and continues to serve it as it grows and changes. Fire Chief Doug Scott declared that, looking ahead, the fire company’s challenge, very simply, is “to keep up with the calls for service.”

Scott said the company might have to look at the possibility of paid firefighters in the future.

“If we can’t maintain our manpower through volunteerism, we have to, as a fire department, seriously look at how to maintain the services the community needs.

“Really,” Scott said, “the only way we know to do that is to just keep putting on staff. But staff is payroll. And payroll is money. Money generates all kinds of issues about who’s going to pay for it,” whether it be state, local or county funding.

MVFC Vice President Norman Amendt said the company’s recently-instituted annual ambulance subscription fees for residents and businesses in Millville and Ocean View (which mirror the fees the Bethany company charges to property owners in the coastal municipalities) will help the fire company address its financial needs. He estimated that the company pays more than $1 million to keep four, and sometimes five, ambulance staff members at the station around the clock.

Scott said the company also needs funds for maintenance of its two buildings — the main station in Millville and the substation outside of town — although the older main station presents the most maintenance issues.

Botchie said the Town also collects impact fees on new construction, which helps to defray some of the fire company’s costs.

Botchie said people she talks to who move to Millville are shocked — in a good way — by the low cost of living there. When someone calls the town hall looking for information on the area, “The first thing you can say to them is that it is an affordable area to live in. Nine times out of 10, people that are calling us are coming from cities … that have a much higher cost of living than we have. When you say, ‘When you’re here, this is what you’ll be spending on taxes,’ they’ll say, ‘Is that monthly?’ she said. “I’ll say, ‘Noooooo.’”

Millville, in spite of its proximity to the beach resorts, is one of the few towns in the area where agricultural land still exists and is still actively farmed, Botchie noted.

“We still have open space; we still have agriculture,” she said. Asked whether she thinks that will still be true as development pressures grow, Botchie replied “God, I hope so.”v