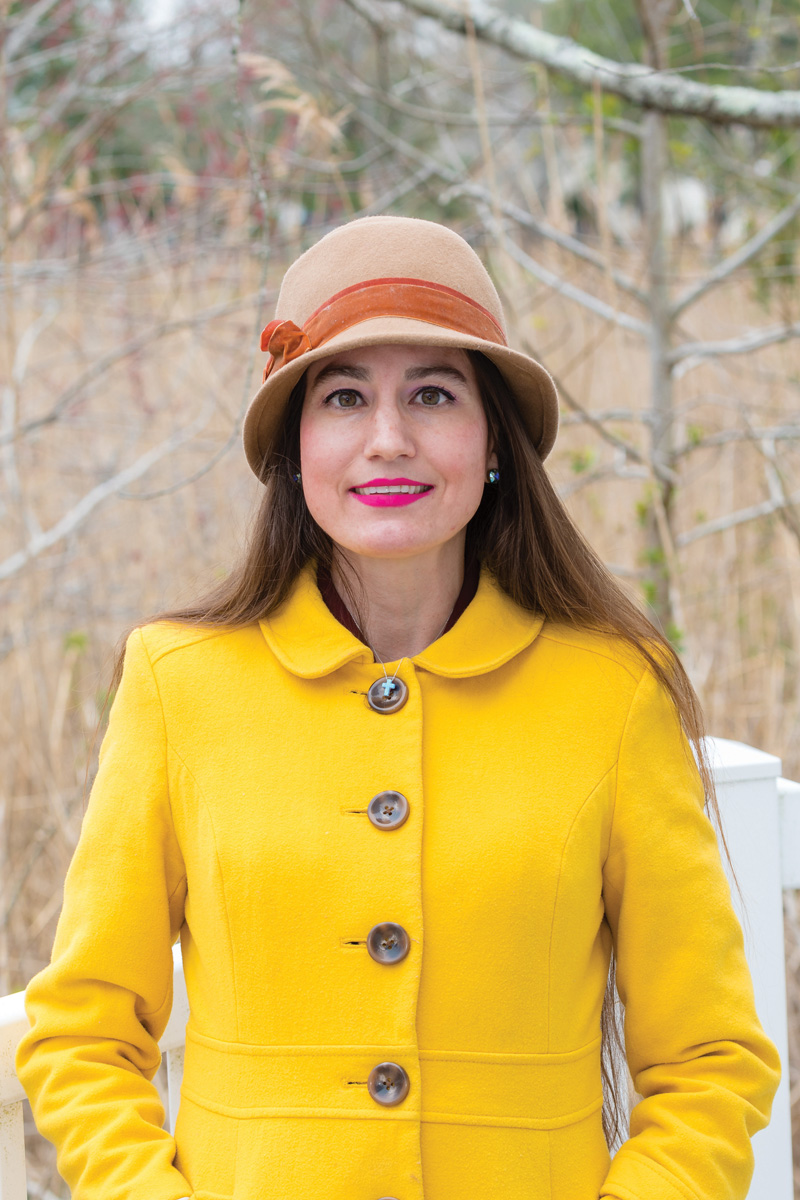 Dagsboro resident Meghan Kelly is hoping to make a difference in her community via the halls of the state legislature, having filed to run in the 38th Representative District election.

Kelly filed in March for the seat, which is currently held by Ron Gray.

“I have been interested in choosing the laws and improving them to better serve those in the state of Delaware. I found myself contacting legislators, going to meetings, suggesting ideas,” said Kelly, discussing her decision to run. “My three purposes: seek improvement on infrastructure, clean water and preserving the environment.”

Kelly grew up in Sussex County and graduated from Indian River High School prior to receiving her degree from the University of Delaware. She is well-rooted in the community, as her father taught for 20 years in the Indian River School District and lifeguarded in the summer months.

She went on to receive her juris doctorate from Duquesne School of Law. While in law school, she interned with the Hon. Thomas Hardiman at the U.S. District Court for the Western District of Pennsylvania, who now serves as a Third Court of Appeals justice.

“I definitely think my education will help me, because I have training in the area of law and I know how they work together, with federal, state and local laws. I might be able to propose solutions that other people would not be aware of … based on how the laws relate to one and other,” she explained.

“In addition, I’ve had the pleasure of reviewing laws over the years in my bar sections with other attorneys, in groups such as the real estate section, bankruptcy, wills and trusts sections of the bar… So, we have a whole group of attorneys analyzing bills and then we review entire titles or sections together related to the areas we practice in.

“I think that will assist me in helping to serve the community better, because I’ve had experience reviewing and making comments on different laws throughout the years…

“I want to uphold Delawareans’ freedoms and fair application of the laws, regardless of race, religion, gender, age, wealth or poverty. Every citizen is important and valuable to our community.”

“I am a supporter of education at all ages. We are all learners and teachers. Every citizen at every age is valuable and is worthy of opportunity. A student’s worth does not diminish when schooling ends, and Delawareans do not necessarily need to go into debt in order to gain employment.

“Nevertheless, they do need to have a valuable skill. We should encourage people of all ages to invest in themselves throughout their lives, not merely when they are young.

“I think the most important thing we can do is make sure the state legislature supports adequate funding so that the schools can operate,” Kelly added. “In other states, there are a lot of problems, and I don’t want to see those problems in Delaware, where they’ve been reducing the amount of money and teachers are being let go.”

Infrastructure is also an area Kelly said she believes could be improved, especially in Sussex County.

“I think it’s really important to make sure roads are fixed and that the State of Delaware works with local governments as well. We need to make sure our roads are safe and that people can get to the places they need to go to without much difficulty,” she said, adding that she applauds the State for bike-path improvements done in recent years but believes more could be done.

She is also quite passionate about the environment and said she believes maintaining the area’s natural resources is essential to its economy.

“The environment is important to us. Our beautiful beach towns rely on the three R’s — real estate, restaurant and retail. A lot of our local livelihood is based on that three to six months of the tourist season. If we don’t have a clean beach that attracts business, we don’t have much to offer the people in our community. Where are they going to work?”

Kelly said she is seeking to bypass the influences of big business and money during her campaign — and, if elected, in her service to the community and state.

“I want to focus on serving people, and preventing abuse and corruption by those who seek to take advantage of Delawareans for profit or gain. I want to work on solving problems while holding individuals and businesses receiving funds personally accountable for loss and self-dealing,” she said.

“In the past, the State of Delaware has given businesses big chunks of money to come to Delaware. Those businesses took the money, but when the money dried up, they left. I want to create penalties if they should leave within 15 or so years, so they don’t come here for money and then leave when it’s no longer profitable. I want them to invest in the community.”

While she will not be accepting monetary donations toward the campaign, to ensure there is no appearance of “buying a vote,” Kelly said she would accept donated items related to the campaign, such as signs or shirts.

“My desire is to help people, to serve people — not profit. A lot of laws in Delaware are skewed to serving those with money and property, instead of serving the person. I value people more than money.”

In campaigning, Kelly said she hopes to speak to groups in the area, but also get to know constituents on a one-on-one basis.

“I’m happy to attend functions if anyone would like to invite me, to learn how I can better serve you. I’m happy to speak about anything anyone is interested in learning about or to merely answer questions,” she said.

Taking a page from the book of state Sen. Brian Townsend, who does walk-and-talks at the mall, Kelly said she would like to do the same — but at the beach.

On the third Saturday of every month, Kelly said she will do a walk-and-talk at the Bethany Beach boardwalk around 5 p.m.

“I would love the opportunity to see people. Regardless of party affiliation, everyone is welcome to attend,” she said. “I am open to discussions on how we can help our current work force to thrive, instead of merely survive. Too many talented, smart, hard-working people are taking on multiple jobs to make ends meet.”

Kelly said her campaign is focused on the people in the 38th District, and she hopes it will bring about open and positive discussions.

“Being in the position as state legislator may enable me to serve the community I grew up in and love,” she said. “My focus is going to be on ‘How can I serve you better?’ I’m going to put people before profit and money. I’m going to serve everybody. I value people.”

She noted that while there hasn’t been a Democrat representing the 38th District in a while, she hopes the voters will consider supporting her campaign.

“I think I would do an excellent job because I care,” she said.

Kelly said she looks forward to the months ahead and thanks those in the community for their support.

“I look forward to, hopefully, meeting more people out in the community, listening to their concerns and addressing them,” she said. “I hope they give me a shot, because I would love to serve them.”

Those who wish to contact Kelly regarding her campaign may do so by calling (302) 537-1089 or emailing electmegkelly@icloud.com.