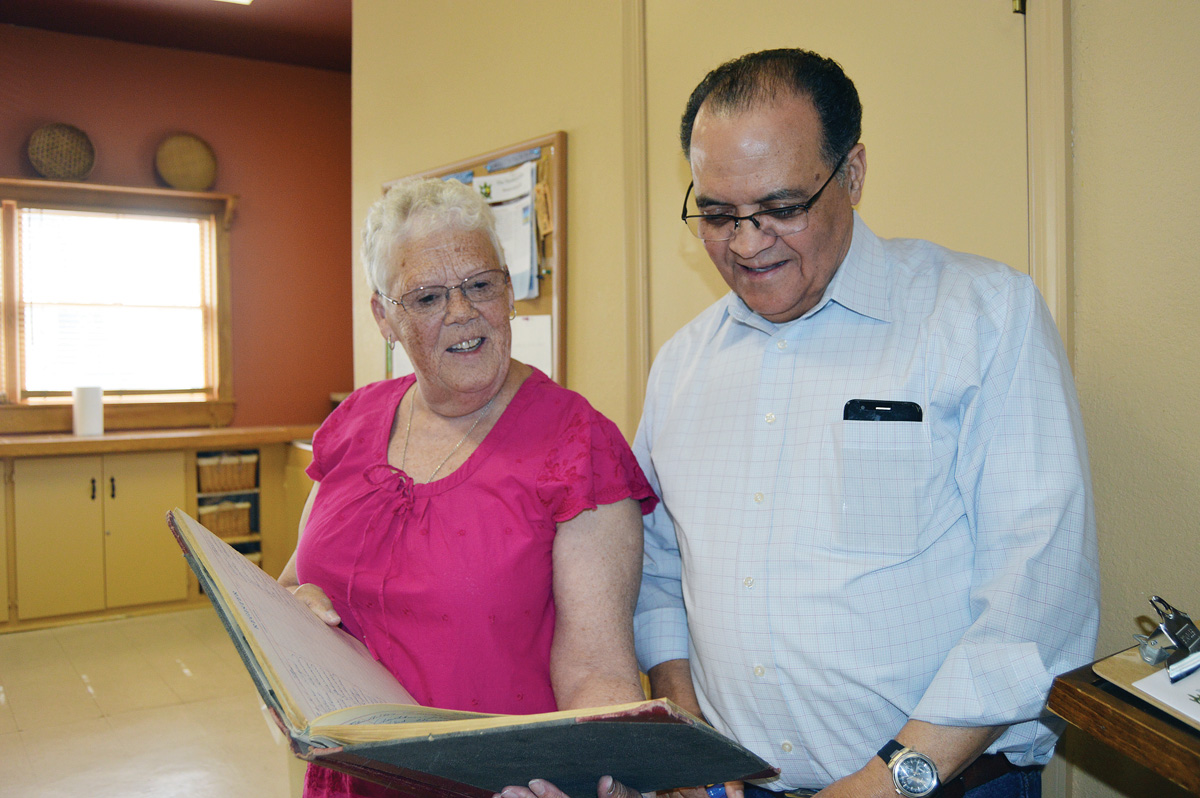 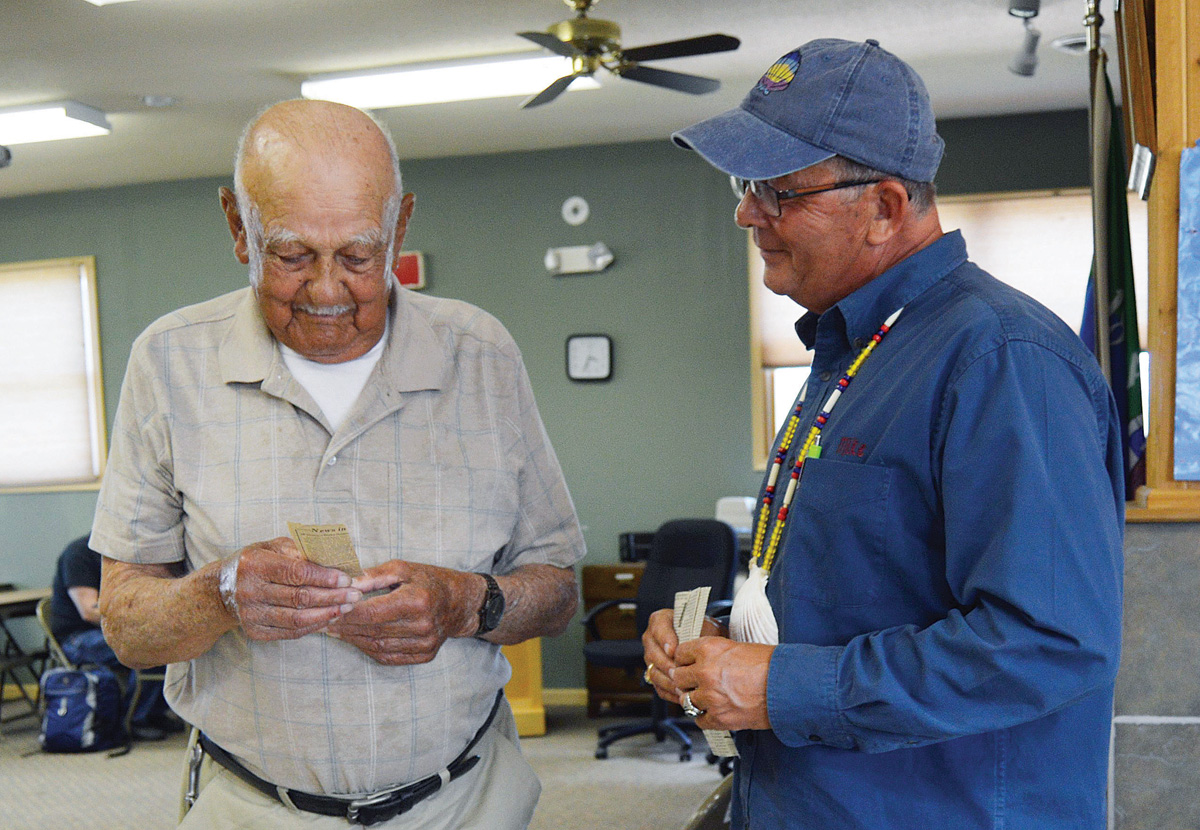 For much of the 20th century, the Rosedale Beach Hotel was a popular resort and gathering place on the banks of the Indian River Bay near Millsboro.

Nothing remains of the hotel now, although a state historical site marker tells a bit of its story.

During the era of segregation, Rosedale was a rare spot where the color of one’s skin did not prevent entrance. It became — for African-Americans who came by the busload and Native Americans who often walked down the road to the beachside resort — a summer haven, a gathering place and an entertainment hub.

Townhouses now sit on the 9-acre site that for years hosted some of the nation’s top entertainers, including Stevie Wonder, Dionne Warwick, Lena Horne and James Brown. But a recent Nanticoke Elders Gathering brought together several in the community who recalled its glory days.

Moderator Mike Harmon started the discussion at the Nanticoke Indian Center by reading from a 1981 newspaper article detailing plans to auction off equipment at the hotel. At the time, there were hopes that the property might become a state park, but that never happened and, today, the Gull Point townhouse community is located there.

Harmon said that when he came back to Sussex County after years away, he couldn’t believe the changes in the area, including the disappearance of the Rosedale resort.

“It’s hard to grasp, sometimes, the building and development that has gone on,” he said. “But we can’t stop progress.”

The once-grand hotel — which boasted white-tablecloth dining service and 32 guest rooms, as well as more casual dining, a bar, a canteen for teens, a boardwalk and a merry-go-round, in addition to its popular stage — was by 1981 “a weathered building, an empty shell bearing the quarters of Mrs. Donelda Burton, surviving wife of Harris Burton, who died in 1972” the article said. By 1974, the hotel had been “phased out,” leaving only the snack bar and bar in operation. The bar closed in 1981.

What caused the downturn in Rosedale’s fortunes was integration — no longer were people of color subject to legal segregation that allowed “whites-only” establishments in many parts of the country.

The Burtons were the hotel’s last owners. Many at the Elders Gathering recalled an earlier proprietor, Floyd Vause, and his wife, Mae, who ran the hotel at the height of its popularity. But Cassandra Anlage, who currently lives in New Jersey but is in the process of relocating back to Sussex County, reminded the group of the origins of the name Rosedale: two of its former owners.

“My grandfather was David Street, and they also called him ‘Dale,’” Anlage said. “My grandmother’s name was Rose,” which was short for Rosetta. So when you put the two together…” she said. “I have cousins in the room here, so they’re all part of Rose and Dale,” she added.

One of the documents on display at the gathering was a handwritten deed, dated 1925, conveying the property from Noah and Eunice Harmon to David and Rosetta Street for the sum of $450.

Warren “Tobby” Jackson, 78, recalled the “Negro entrepreneur” Floyd Vause, who managed the hotel from 1945 to 1960, after his cousin, Philadelphia businessman Jesse Vause, bought the property. During that time, the original five-room hotel was torn down and replaced by a 32-room facility.

Many of those who spoke at the elders’ gathering recalled Floyd Vause and his wife, Mae, as gracious hosts who maintained the property as a high-class establishment. Michele Wright especially remembered the Vause’s private quarters, where she was particularly captivated by a “coffee table with a blue mirror in it, and on that was a globe with roses.”

Jackson recalled that, even though Delaware had a “blue law” at the time, “Somehow, through politics, the owner of Rosedale Beach got a license to sell alcoholic beverages on Sundays. It was the only place open in the area, and people used to flock there on Sundays just so they could drink beer,” Jackson said.

Jackson recalled going to a local comic store for ice cream as a child, and being told he could not eat his ice cream in the store.

“They said take it outside and eat it. That was racism, and there was a lot of racism here,” he said.

But the Rosedale, Jackson said, was different.

“It was a great place at the time,” he said.

One of his earliest memories of the place was as a boy of 9 or 10.

“I stood at the dance hall door, and they had a wooden stage with the musicians up on it. And I actually looked up and watched Little Stevie Wonder — they called him ‘Boy Wonder’ back then… and he was just a boy my age, up on the stage, playing his harmonica and singing.”

Isaac “Rye” Jackson, 78, told a story about a day when James Brown was due to perform. Although an announcement had been made that Brown would not perform that evening, while another singer was performing, Brown jumped from a hotel window onto the stage “and hit the concrete doing the moonwalk. He was a showman,” Jackson said.

“I remember on a Tuesday night they had Louis Armstrong,” he continued. “Rosedale Beach was a lot of things to a lot of people,” Rye Jackson said. “It was a place to gather, it was entertainment. It was entertainment that we never would have seen.”

Running like an unbreakable thread through the afternoon full of memories was the somber reality of segregation.

Mike Harmon talked about “as a youngster, putting that ‘other’ on.”

“Tobby” Jackson recounted that “if we wanted to go to the movies, we had to sit upstairs.”

Along with Harmon, he recalled that on applications for such everyday things as jobs and driver’s licenses, there was no “box to check” that indicated their Native American heritage as a recognized ethnicity. “It was just ‘other,’” Harmon said, “and it was a tough’ other’ time. I remember that, and I’m sure so many people in here remember that, too.”

There was also laughter heard throughout the recollections, particularly when memories popped up of the “medicine man” who sold “Kickapoo joy juice” — among other things — on the premises.

Former Nanticoke Chief William Daisey said of the popular tonic, “If you inhaled it too strongly, you felt like your head was going to be blown off. It was potent stuff… probably illegal. We used it for everything, you know.”

Joe Harmon, 75, had detailed memories of the “medicine man,” whom he described as “dressed up. He didn’t have a horse and wagon, but he had an old truck and it was covered with everything you could think of.”

Many recalled the frequent baseball games played at Rosedale Beach — involving local teams, as well as segregated semi-pro teams of black and white players who came to play.

There were also plenty of recollections of the many “holes in the fence” surrounding the property, through which locals tended to gain entry to the resort without paying the entrance fee.

Another popular way to experience the resort’s entertainment was to pull up in a boat in the bay.

In the resort’s earliest years, apparently, it was a popular wintertime activity for teenage boys to pull their Model-A Fords out onto the ice that formed in the bay.

Sylvia Davis Pinkett, 90, said that, for her, Rosedale simply offered a welcome break from farm work when she was a child.

“My dad, living on the farm, always had work for us to do,” Pinkett said, but “every Fourth of July, he gave us a quarter to go down to Rosedale. With that quarter — candy was a nickel, so I had a good time with that quarter.”

“You really appreciated what was there,” former Chief Daisey said. “Because you didn’t have options” that are available today, he said. “When you started getting options, the place started going down.”

But while the resort itself is no more, the memories of its place in local culture — and a period in time — linger on with those whose own stories were set at Rosedale Beach.