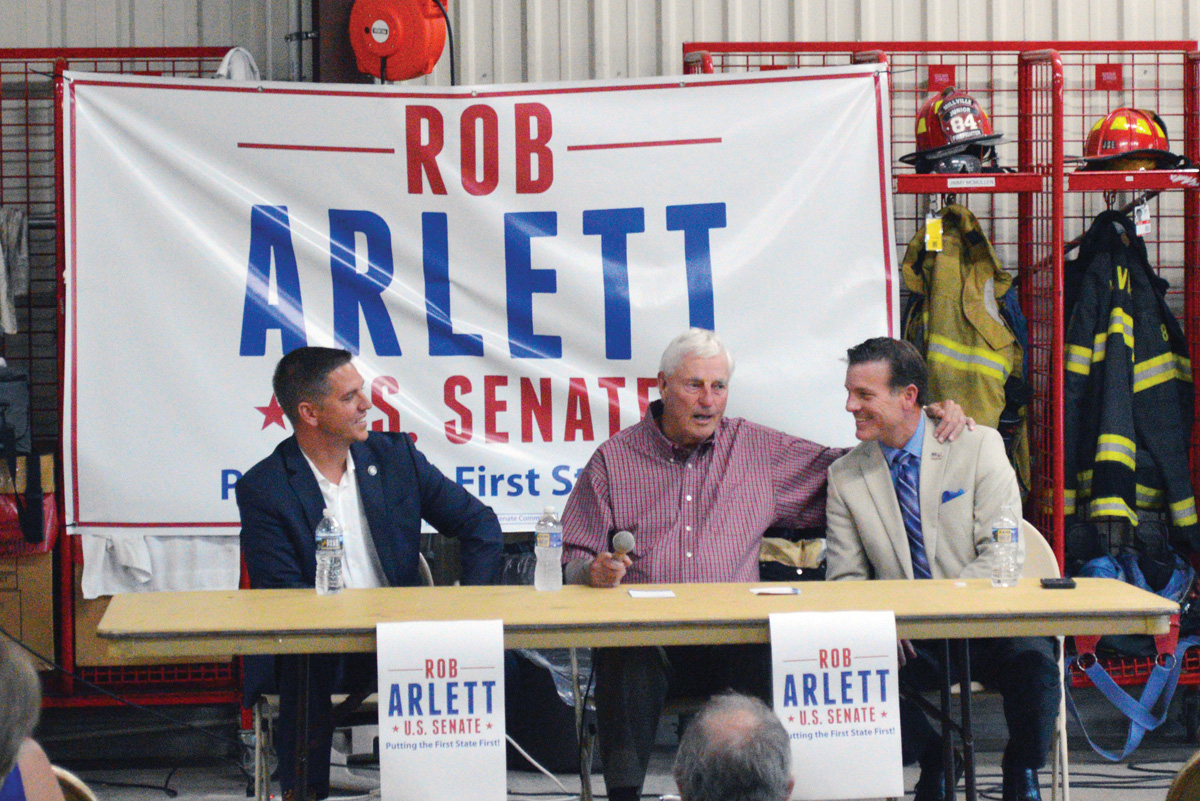 ‘The General’ stumps for Arlett

A coaching legend made a stop in the area last week, taking the opportunity to offer his support for Republican U.S. Senate candidate Rob Arlett.

Former Army, Indiana University and Texas Tech floor boss Bob “The General” Knight spoke to a large contingent of Arlett supporters inside the Millville Volunteer Fire Company engine room. Knight was there to show his support for Arlett, as well as President Donald J. Trump.

“One of the things that I think that I always really appreciated was to get the chance to really get to know our current president. The reason I say that is because here’s a guy running for the president… this is America that we’re concerned about. Let’s get it working for America.”

Knight made several jokes throughout the event about his time coaching, including how “whenever I was at Army, we always beat Navy” as a way of having fun with Arlett’s U.S. Navy family. Someone in the crowd responded, “Let’s play football,” which got a loud laugh from group.

For Arlett, having a man of Knight’s stature speak on his behalf was a chance he couldn’t turn down.

“I believe that our great state of Delaware is in need of great change, and we are going to do it for you.”

Arlett will be hosting another Community Town Hall event coming up on Tuesday, July 10, from 6:30 to 8:30 p.m. at the Selbyville Volunteer Fire Company, located at 30 N. Main Street.