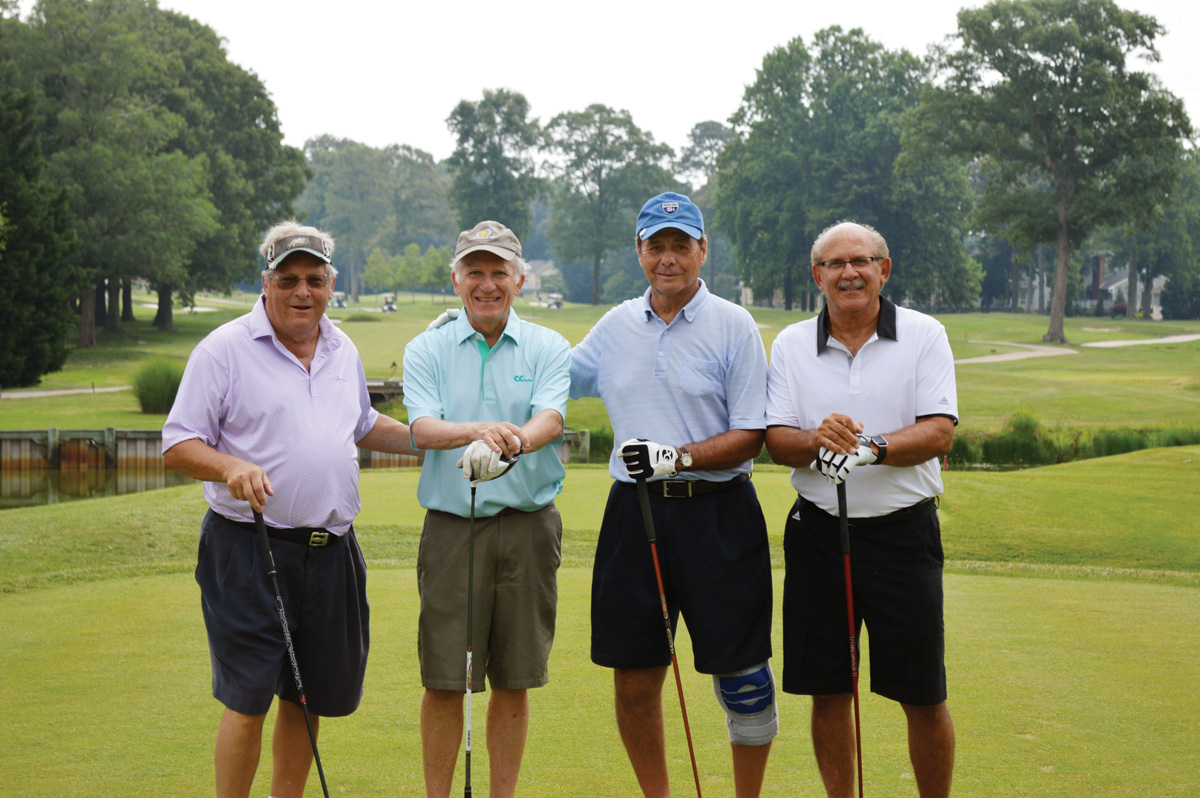 The long-awaited and much-anticipated new short-game practice facility on Cripple Creek Golf & Country Club’s golf course has been completed, and it has gotten nothing but rave reviews from staff and members alike.

The course received a major facelift to provide further opportunities for the club’s golfing members to work on their game.

“We started working on the practice facility back in 2014,” General Manager and Head Golf Professional Brian Trout said. “We are more than just golf, but this was an opportunity to provide an additional amenity to our golf members. The project is similar to what other clubs around here are doing for their members.”

To make the opportunity come to life, the CC minds had to devise a plan where they would essentially flip the course, moving the front nine to the back and vice versa. The 9th green became the 18th, and 18th became the 9th.

That was just the start of the plan.

Next, they had to shorten the Par 5 hole to a Par 4, and reconstruct a new putting green for the hole to be complete. The shortened distance provided the necessary land space for the expanded practice facility to begin.

“We had the driving range already and a putting green,” Trout continued. “We worked with McDonald & Sons, who has worked on several projects like this for other courses in the area. They, as well as the Cripple Creek Golf Course maintenance staff, did a tremendous job with this project. We are very proud of what we have here. This is everything we had envisioned it to be.”

Last week, members were out and about, enjoying the new hole just before a storm rolled through.

Cripple Creek member Tom Spink had just hit a tremendous tee-shot right down the middle of the fairway on No. 9, and before moving on had some positive words on the new course and practice facility design.

“This has been a very popular improvement,” said Spink, who lives in Bay Colony near Dagsboro. “They deserve kudos for all that they’ve done here with this project, for sure.”

Spink was joined in his foursome by fellow Bay Colony resident Vin Schettino, as well as Frank Sobonya, a resident of Sea Colony near Bethany Beach, and Cripple Creek resident Leo Renzette, who lives right at the 17th green.

The course is now a balanced Par 72, with both the front and back nines equally shooting at a Par 36. The new 9th hole measures 378 yards from the white tee box.

The concept for Cripple Creek began way back in July of 1982 with Donald Wilgus. It was then that Wilgus contacted course architect Algie M. Pulley to give his opinion on the cost and possibilities of creating a golf community near the waters of the Indian River Bay.

Ground for the front nine was broken in June of 1983, and just over one year later, in July 1984, the front nine was opened for its 48 original charter members. At that time, the back nine was under construction, though it would not be ready until Memorial Day weekend in 1986.

For more information on the new practice facility or for membership information, check out the course’s website at www.cripplecreekgolf.org. They can also be found on Facebook at facebook.com/CrippleCreekGolfAndCountryClub.