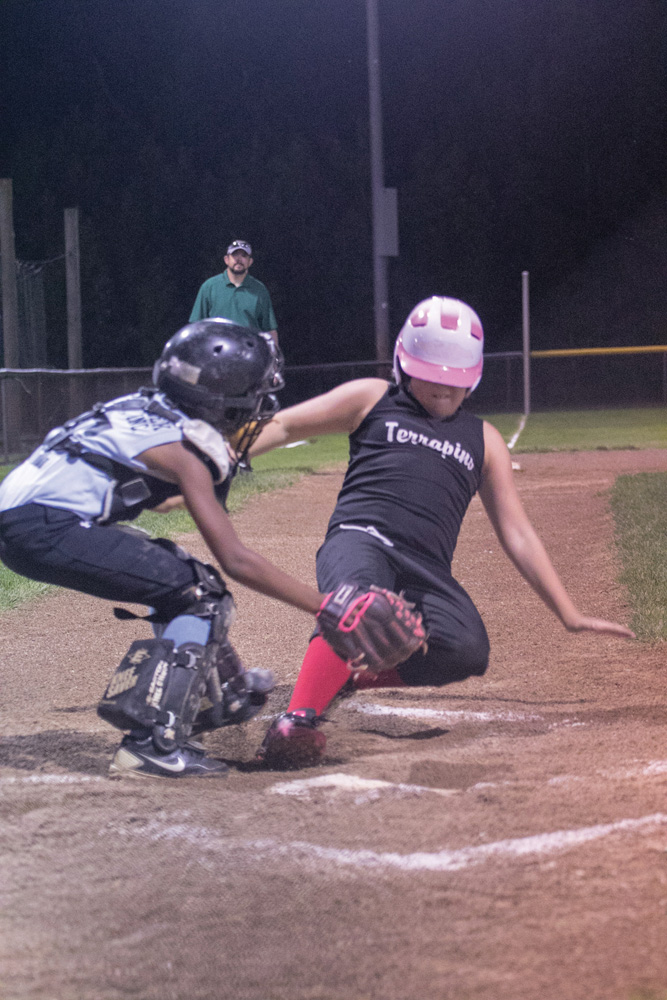 It was the last game in town on Sunday night, and it was yet another summer championship for the Lower Sussex Little League to celebrate.

The LSLL 8-10 softball team captured the 2018 Pat Knight softball title with a clean sweep through the pool play and final. They defeated Cape 15-5 to pick up the tourney hardware.

“It was fun, and a pleasure to coach these young ladies,” manager Jesse Bare said. “They were willing to play as a team, and having to learn several positions over a short time. The ladies were strong on defense and offense.”

The pitchers for LSLL were exceptional, allowing no hits through their four games.

“We were lucky to have six pitchers, led by Zoe Quillen and Tamiyah McCabe,” Bare added of his pitching staff. “We scored 59 runs, while only allowing 24 runs.”

All the games were hosted at the Lower Sussex Little League complex and played on Comiskey Park Field.

“Being able to be a part of the future of softball at Lower Sussex Little League was an honor,” Bare concluded. “I had a great coaching staff as well, with Jeff Bowen and Marcus Quillen.”

Extra bases — In the other pool-play games, Nanticoke defeated Millsboro (17-16), Cape beat Millsboro (11-4) and Cape upended Nanticoke (15-10). Cape finished 2-1 in pool play, while Nanticoke posted a 1-2 mark. Millsboro battled tough in all of their games but finished 0-3 in pool play.