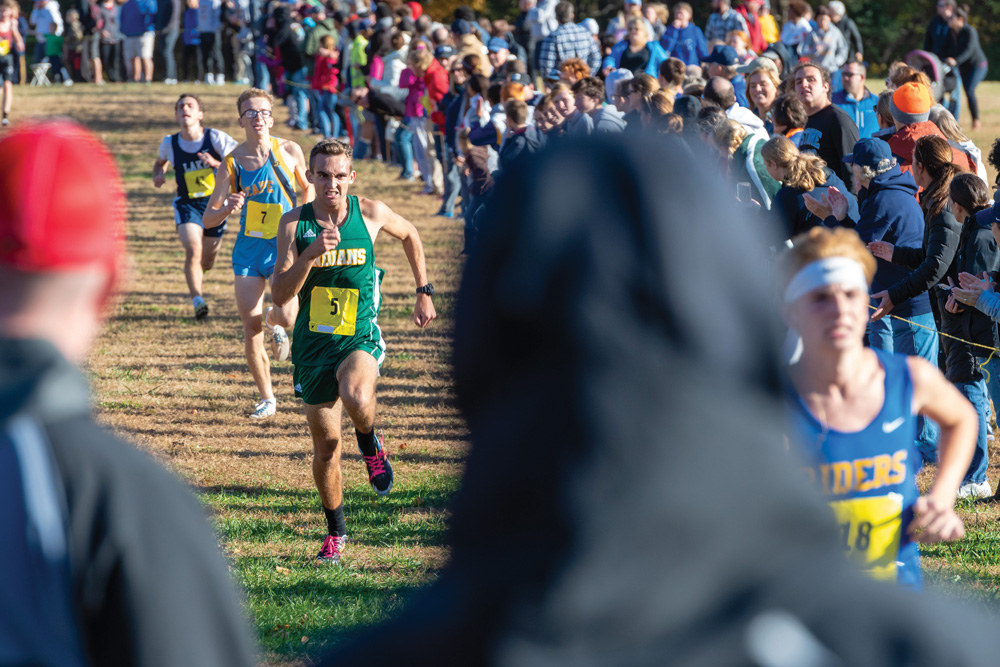 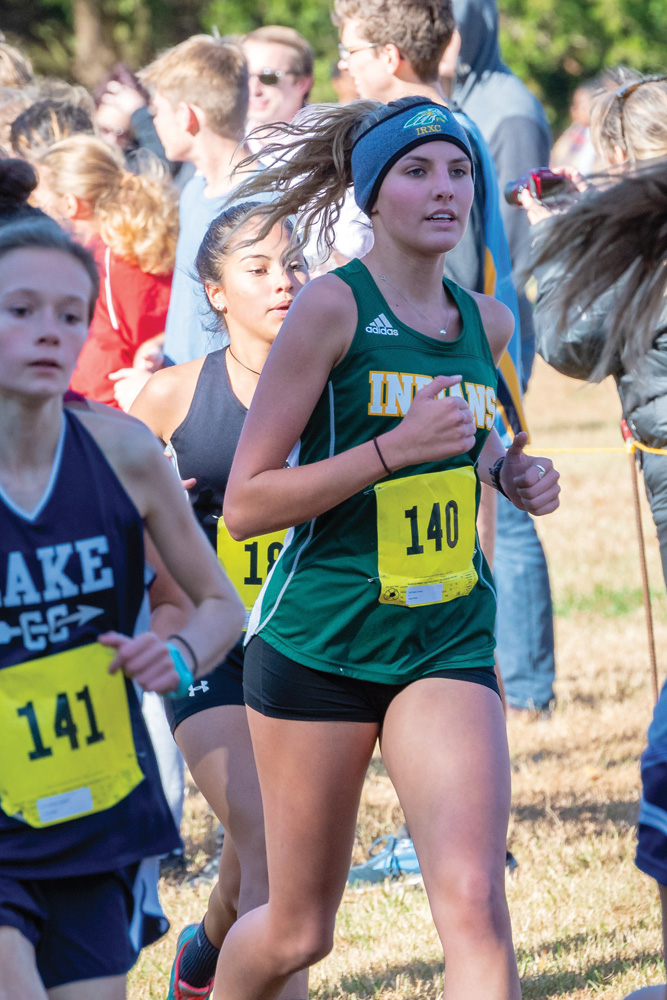 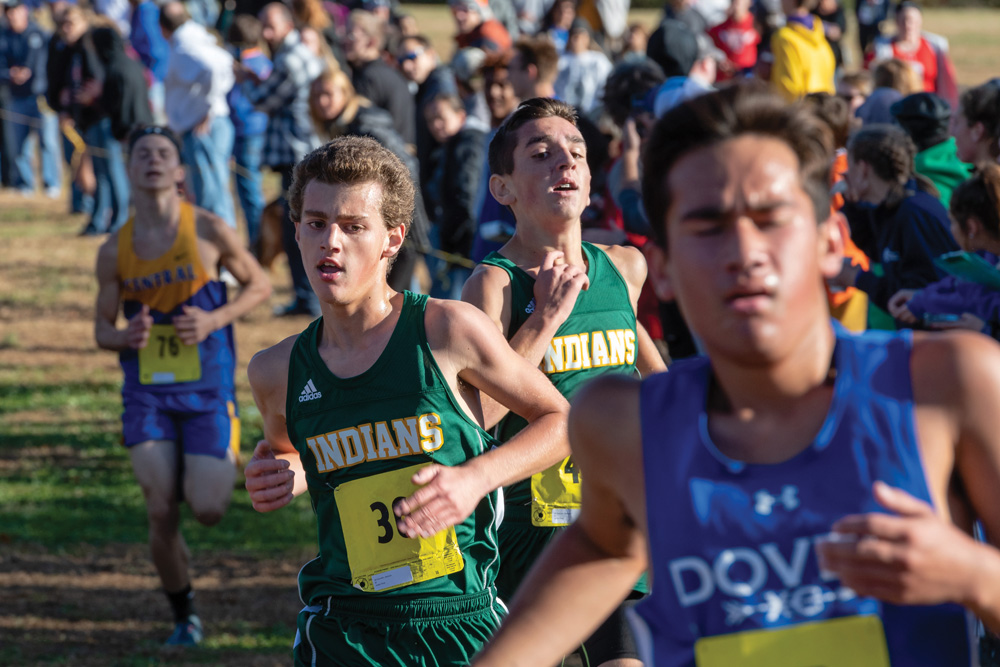 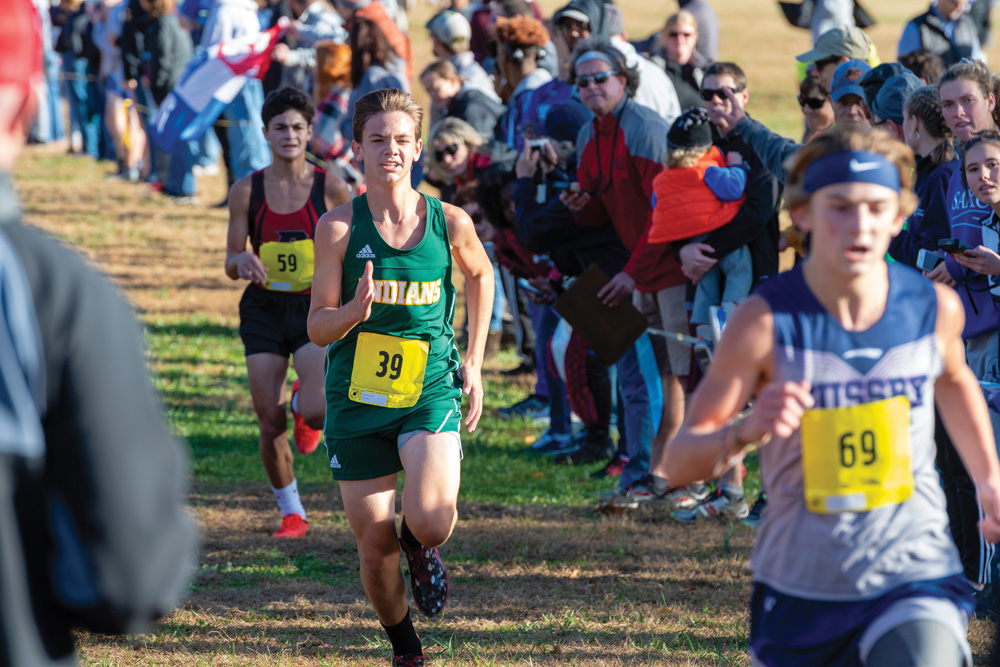 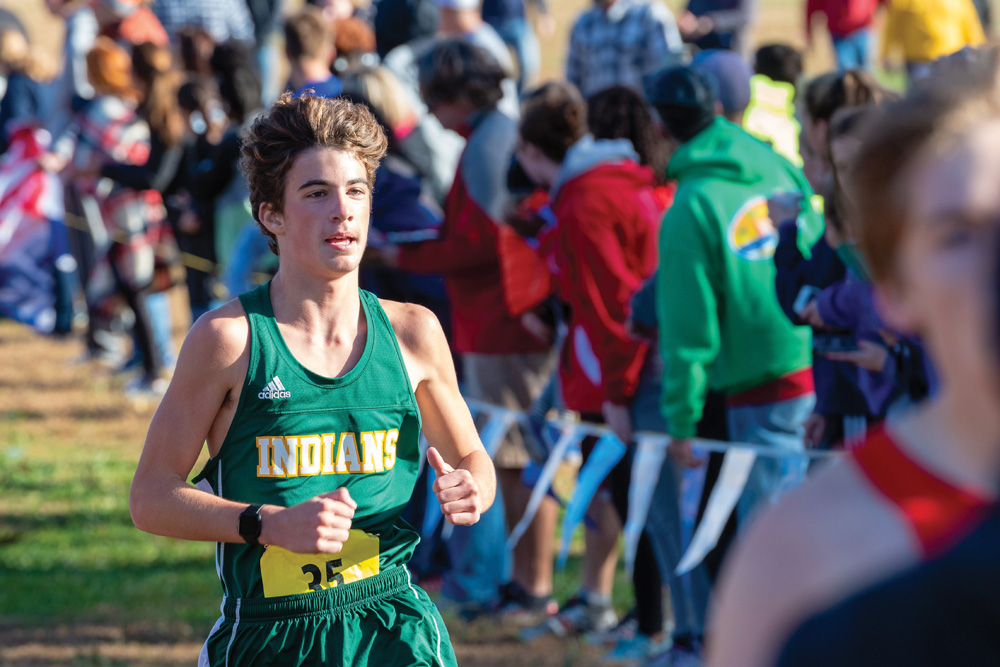 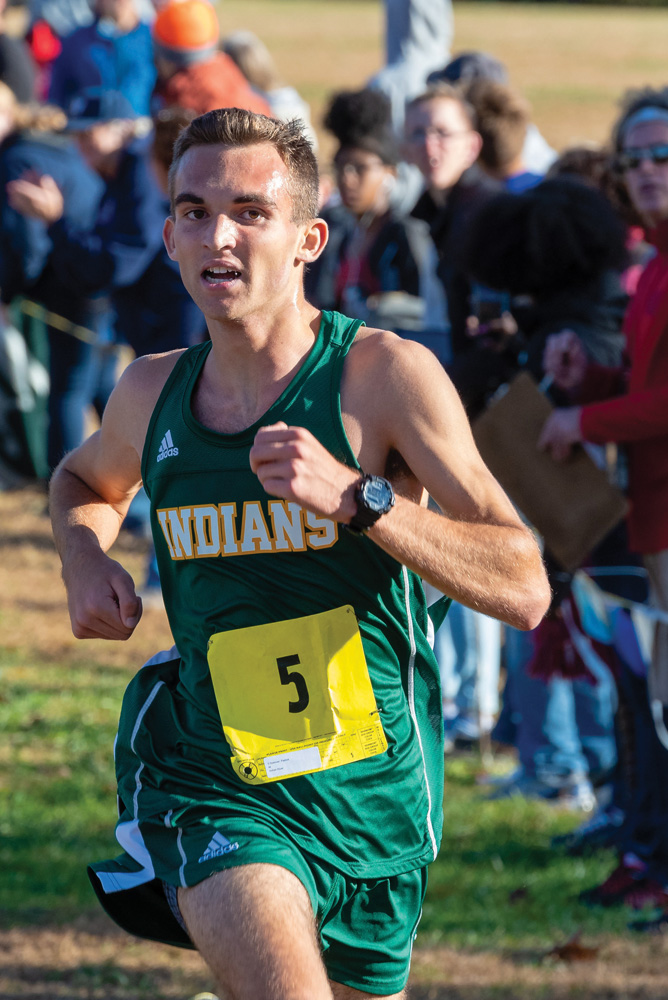 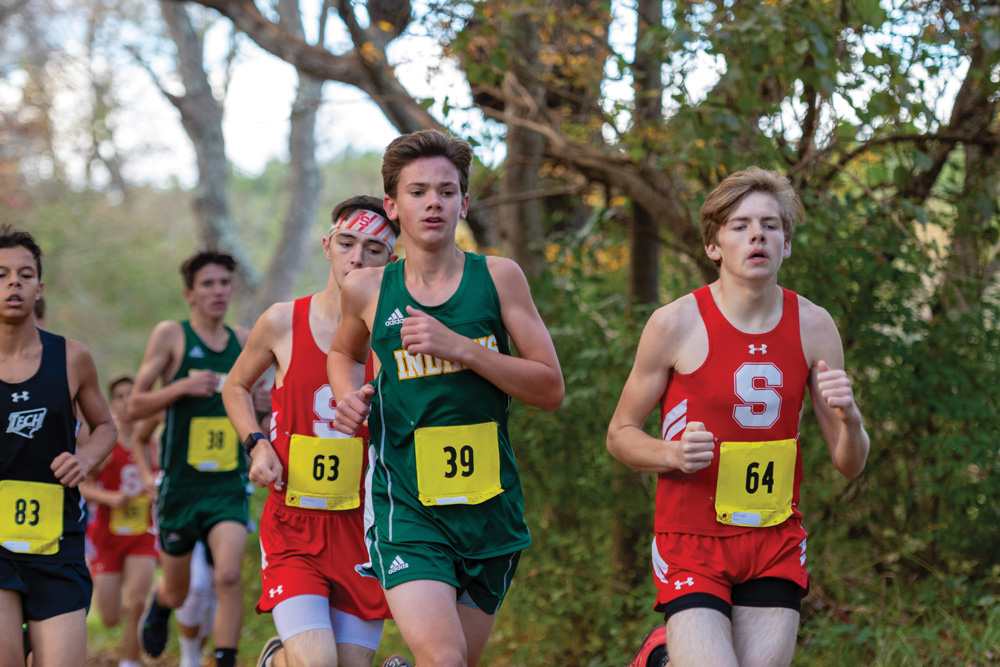 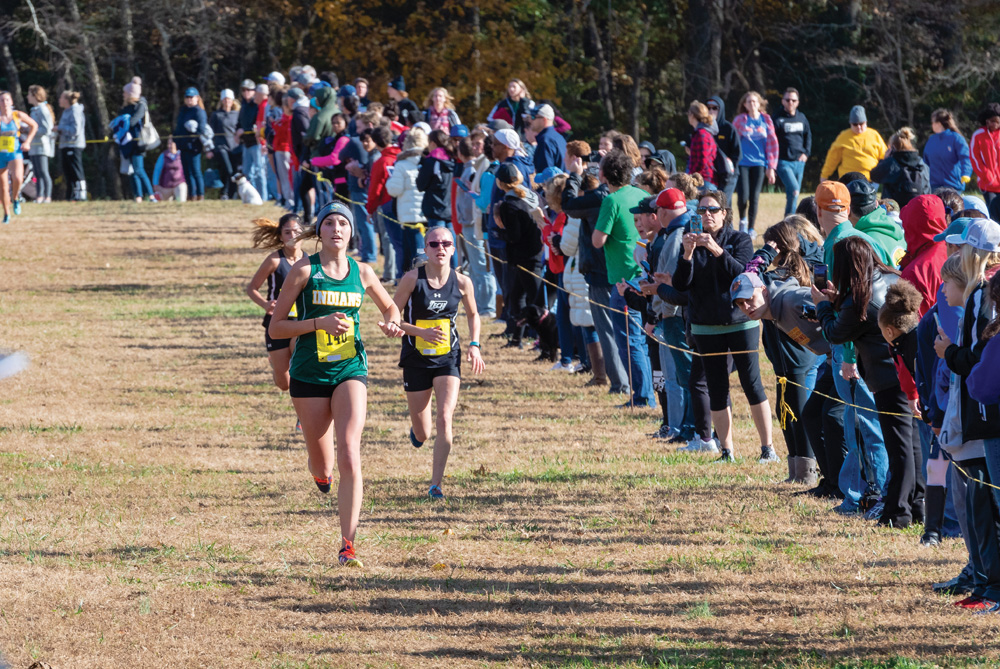 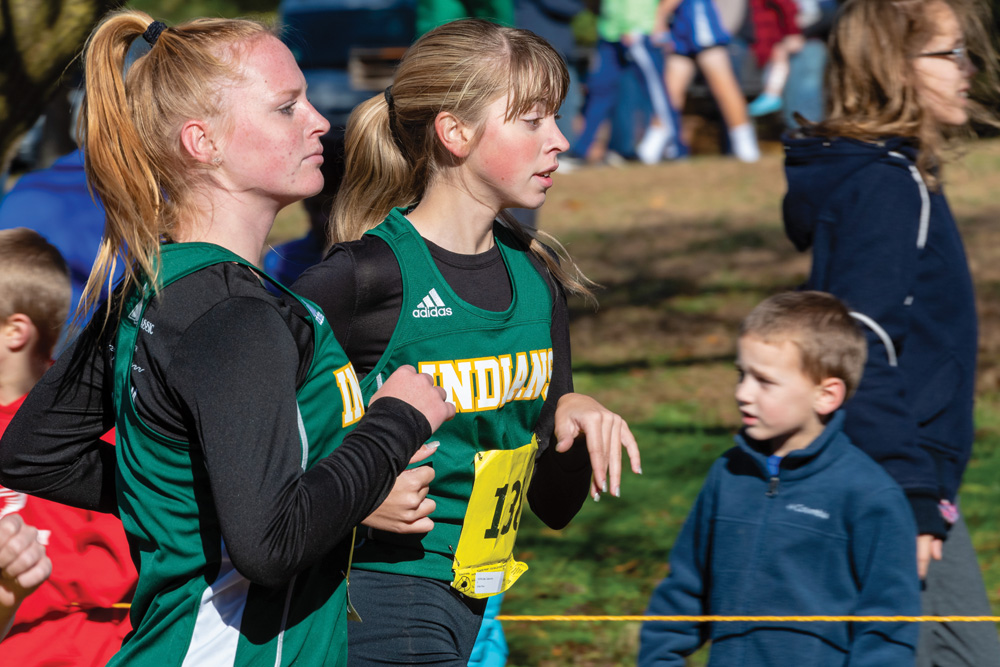 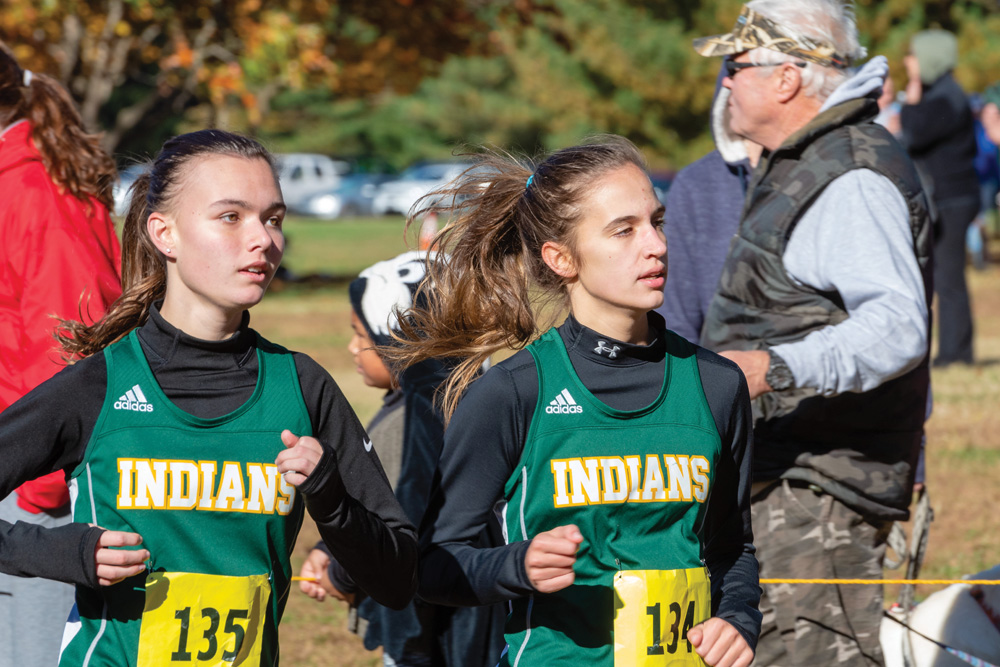 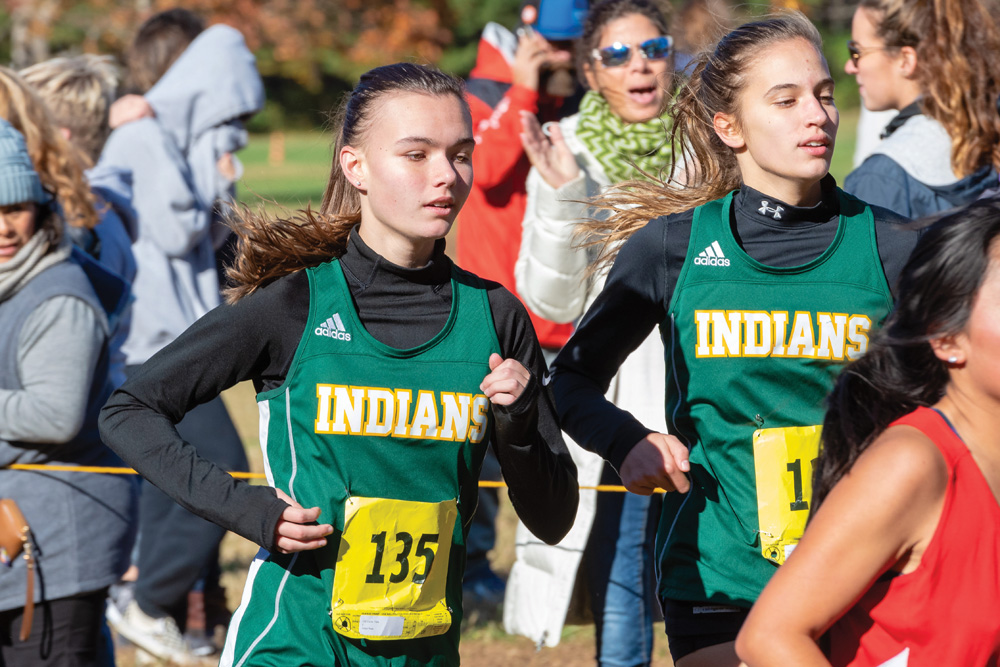 “The boys are doing good,” said head coach Steve O’Boyle as he watched his team capture the Sussex County Championship at home on Tuesday, Oct. 30.

Leading the charge was IR senior Patrick Spencer, who was the first IR runner to cover the 5K-course distance, which he did in 17:30.7 minutes.

“While getting to host the county championships is a big deal, for my boys it’s just another day of running. They know their intervals; they know what times they want to run it,” O’Boyle explained. “For me, it’s a big step up, because we’ve brought in an outside organization to run the race, which allows us to coach a little more.

“Just because the county championships are here at Indian River means the sport is growing all over the county, and we’re just happy to be a part of it.”

“My guys are on fire,” O’Boyle beamed. “The [personal records] are dropping, and that’s the only thing I look at. I coach to the individual. We talked about that last week. Then it unfolded. I hadn’t looked at the whole record which brings us here today, are the kids who — and some of them are sick — came out here.

“We started out here and had no injuries during the whole stretch, so that’s a big plus for us. There were three kids who were sick. Two made it, and one was too sick to run, so we had a total of 16 runners on the course out there today.”

Hosting the county championships was something special for Spencer.

“It really means a lot to me that the county championships were here — especially this being my senior year,” Spencer expressed. “It’s really special having one of the biggest meets of the year here at Indian River. It’s all the competition here. We have two more big meets this year, which is a great way to wind down the season.”

Indians in the top 25 behind Spencer were: sophomore Robert Senseny, who took 18.48.8 minutes to cover the course, and sophomore Collin Hudson, with a time of 19:12.9 minutes.

On Saturday, Nov. 3, the teams traveled north to Killens Pond in Felton for the Henlopen Conference championships. There, the Indians totaled 170 points, for an eighth-place finish. That time it took Spencer 17:31.8 minutes to tour the course, for a ninth-place result.

This Saturday, Nov. 10, the Henlopen Conference runners will travel north again, only this time they’re going all the way to Brandywine State Park for the DIAA state championships.