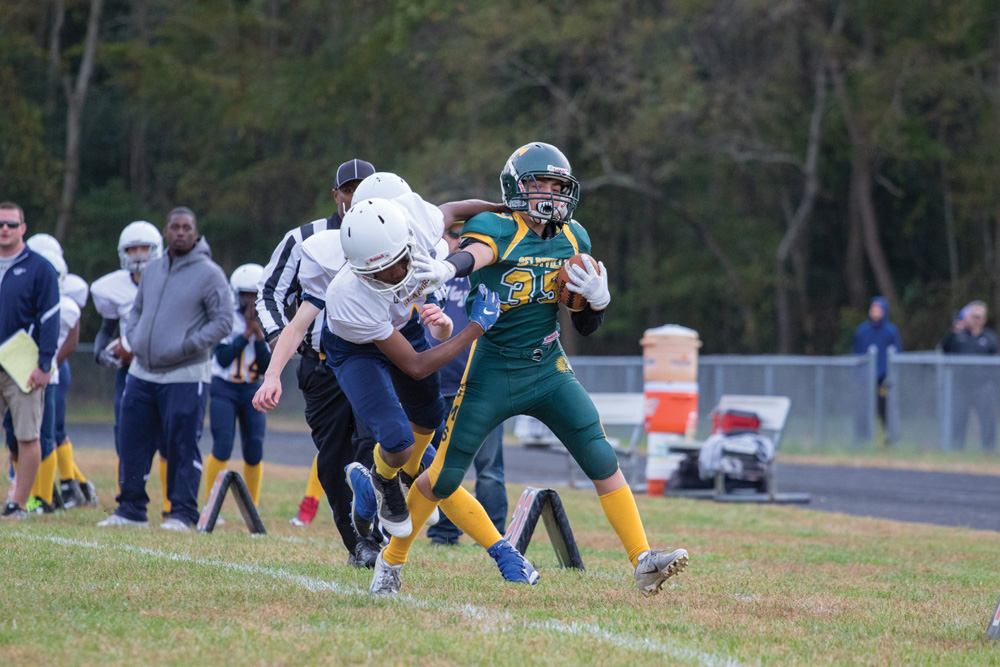 With a chance to finish their 2018 campaign with an undefeated record, the Selbyville Middle School football squad came up just short, with a 6-0 loss to Millsboro in the final game of the season, on Thursday, Nov. 1.

The team battled for four quarters but just couldn’t get the score they needed to get that final win. The Indians finished 5-1 on the season. They out-scored their opponents 132-13 in their games, for an average of 22 points a game.

The 43-member team will see 25 players from the eighth grade head to Indian River High School next season with hopes of continuing their past two season of success — last year’s team finished 6-1.

The Selbyville field hockey team closed out its 2018 season with a 1-1 tie against Millsboro last Wednesday, Nov. 7.

Kendall McCabe scored the lone goal for the Indians, while Maddie Neal made nine saves in goal.

The Indians finished the year with a 5-2-4 overall record.

There are only six eighth-graders moving up to IR next year, including Kendall Cathell, Jillian Collins, Jordan Gonzalez, Kinsley Hall, Isabella Scharp and Carley Topper.

The SMS boys’ soccer team capped their 2018 effort with a 3-3 draw with Millsboro last Wednesday, Nov. 7, bringing their record to a close at 5-5-1.