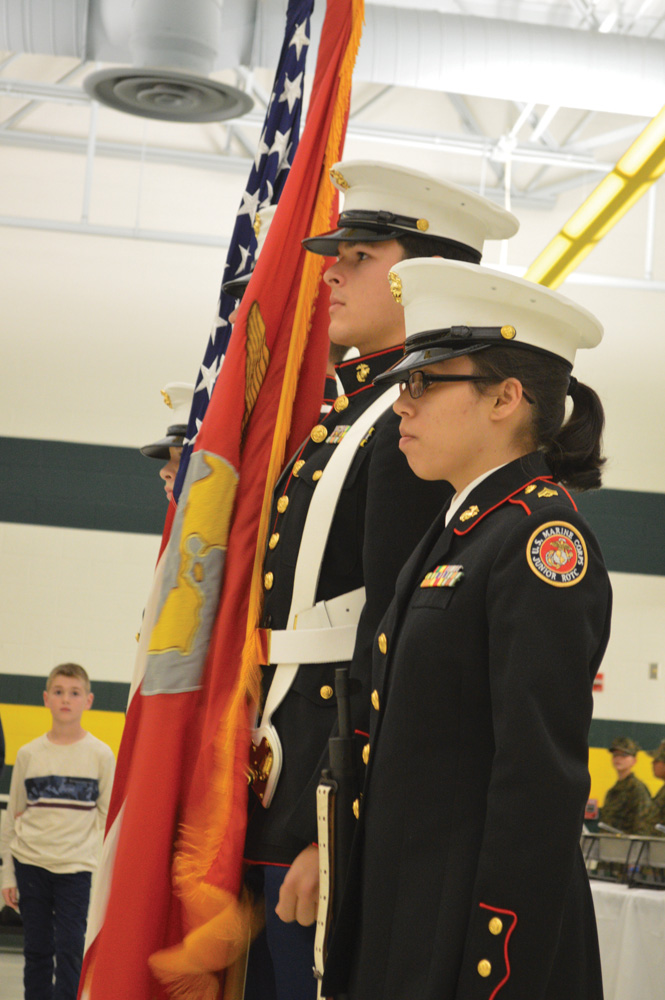 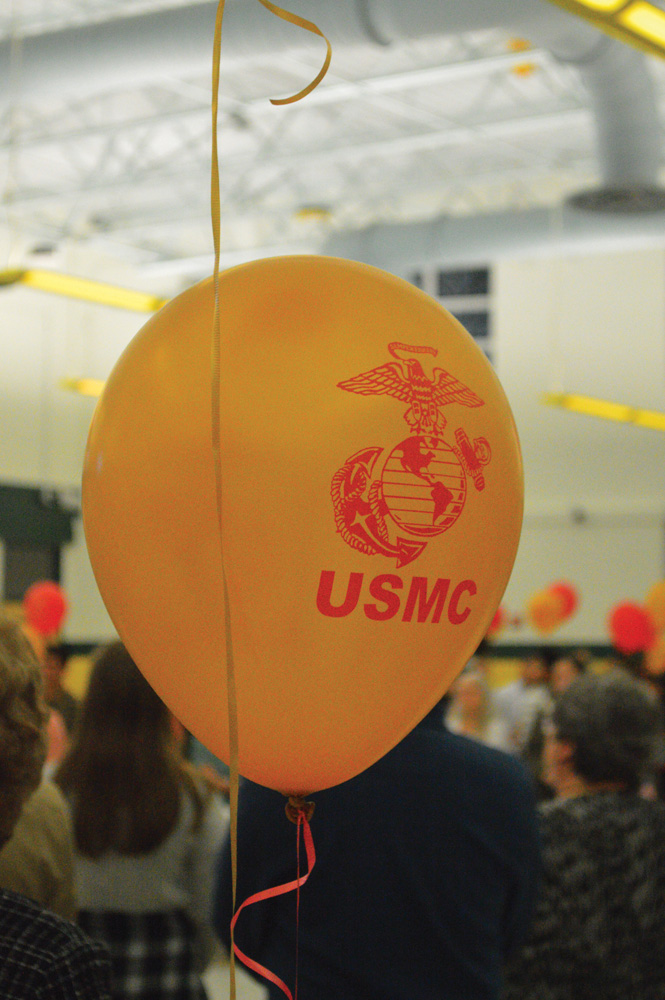 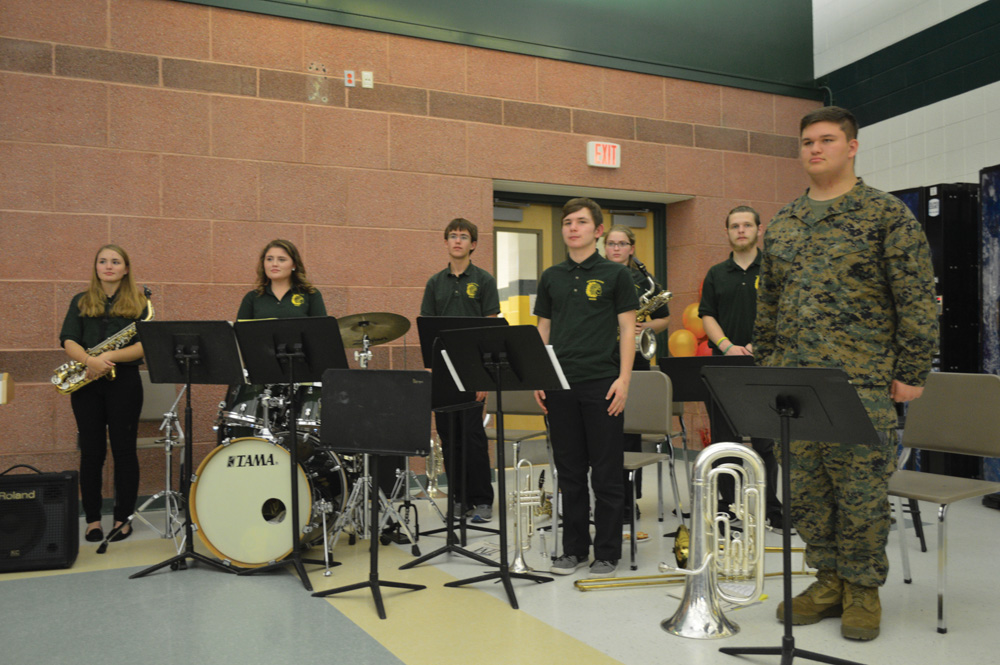 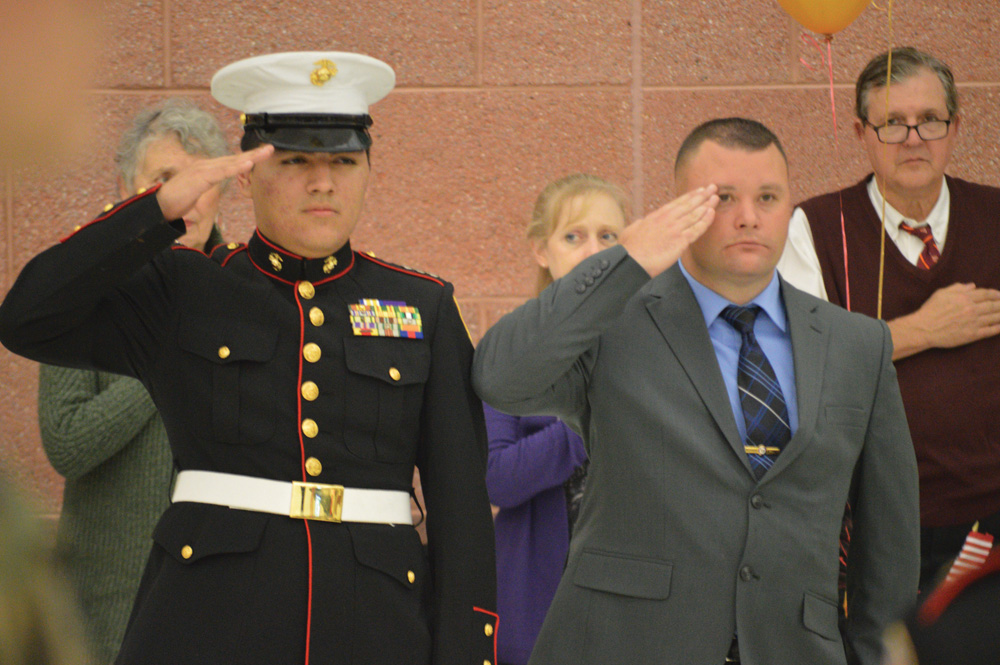 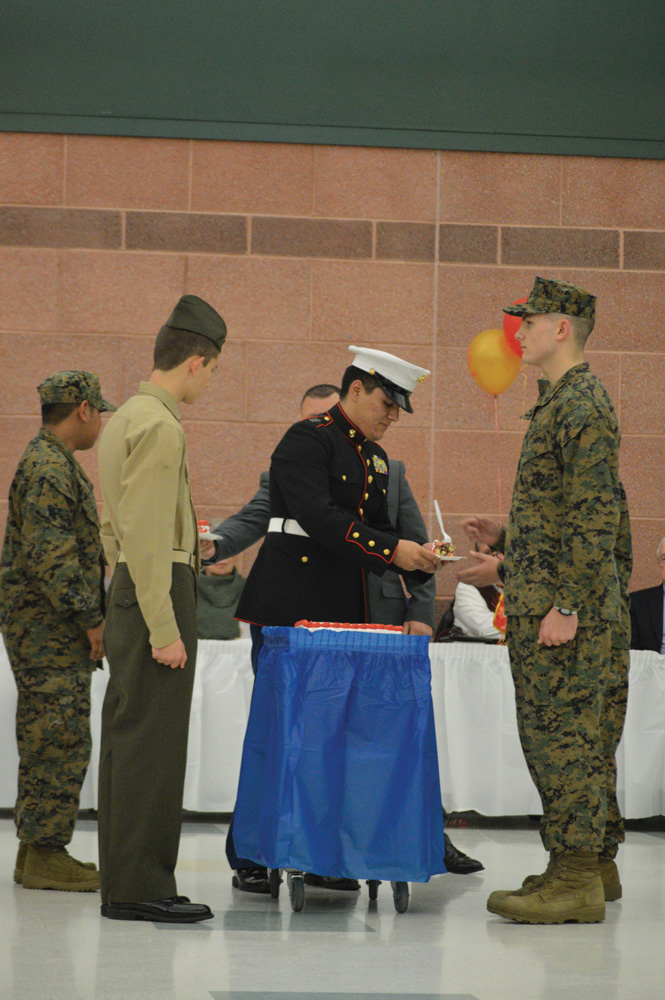 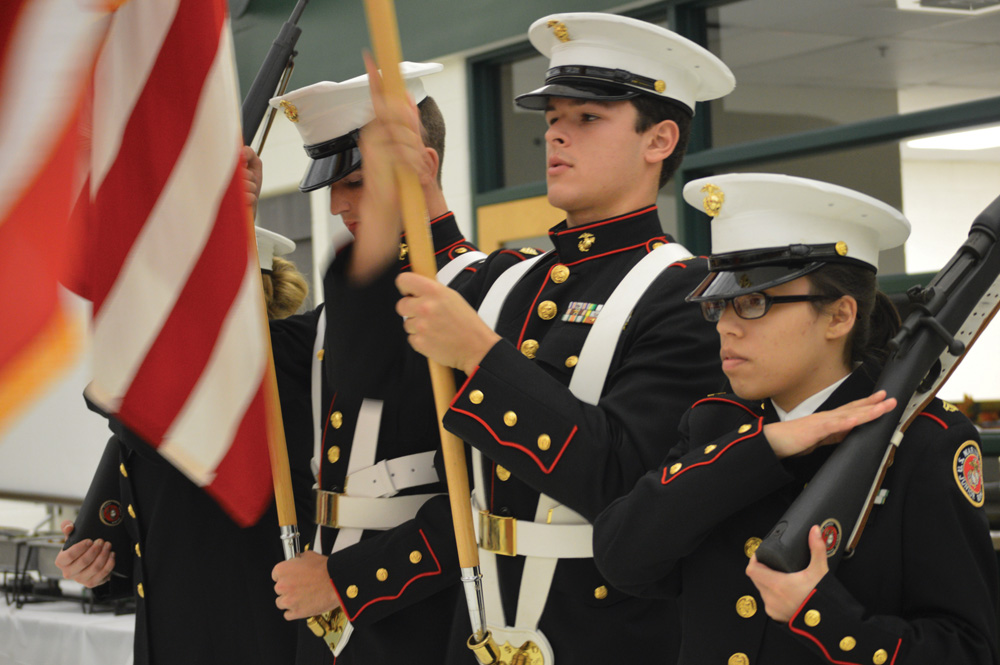 The USMC was founded Nov. 10, 1775. And the IRHS Marine Corps National Defense Cadet Corps (under the JROTC umbrella) invited friends and family to the annual school dinner celebration on Nov. 15.

IR also performs the traditional Marine Corps cake-cutting ceremony, featuring the oldest and the youngest cadets in the program.

“It was pretty fun,” the youngest cadet, Isaac Lowman, said after the ceremony. “It’s like … 243 years ago that they first started,” and the birthday ritual is important to “keep tradition going.”

IR students said the cadet corps is a course unlike any other — a four-year program on leadership. Former instructor and retired USMC Maj. Frank Ryman brought the JROTC to IRHS in 1998.

Guest speaker Tyler Bare is an officer at Dagsboro Police Department and 2005 alumnus of IRHS, as well as its JROTC. He said he decided after 9/11, in his freshman year, that he wanted to serve in the U.S. military. Having since served as a Marine, Bare said, “There’s not one person in this world … who can take away your education or your military experience.”

“No matter what’s going on in this country … no matter the color of your skin or the style of your clothes, … take care of each other. That’s all I have to say,” Bare concluded.