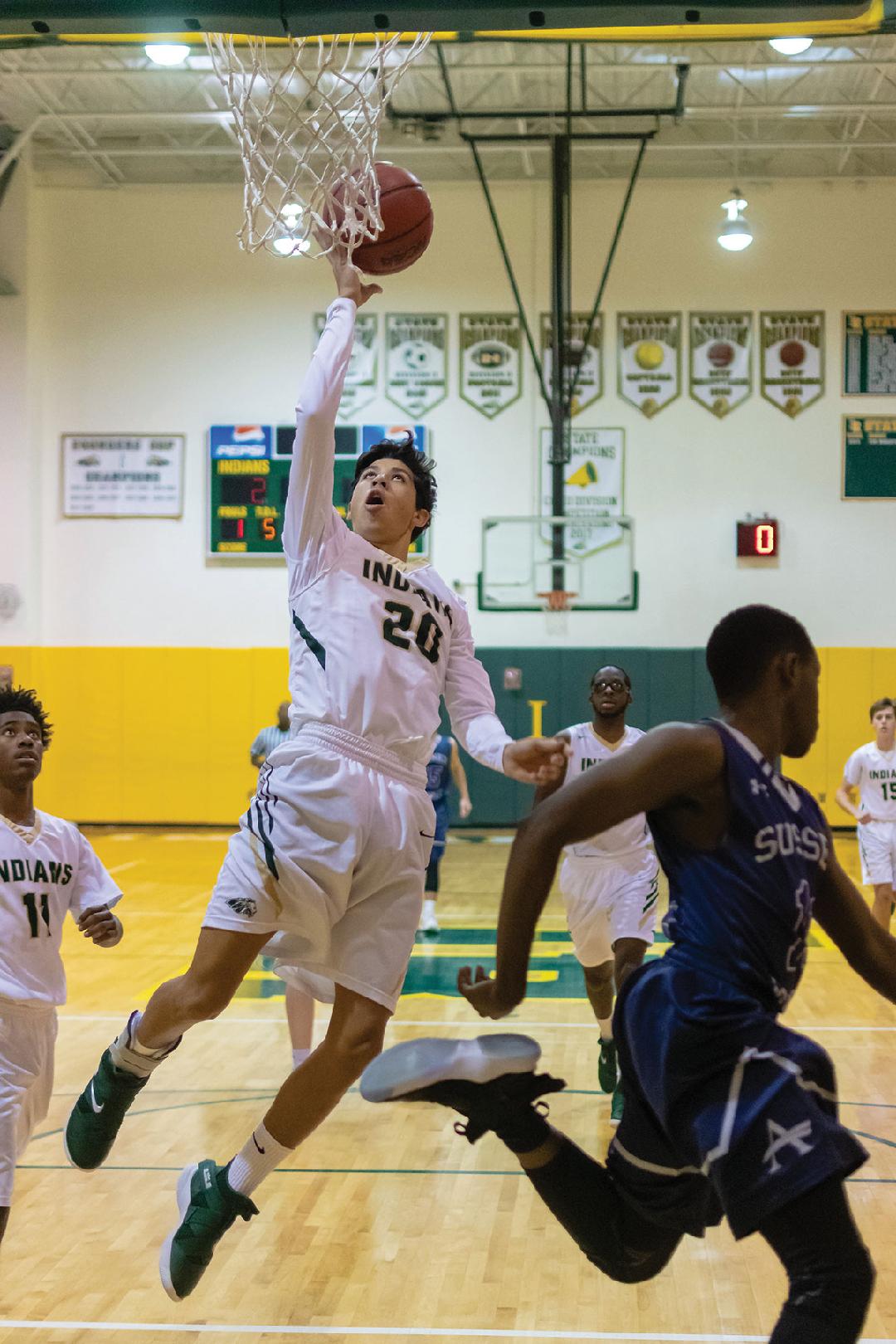 Indians cough up early lead in loss to Central

Basketball sometimes comes down to a game of runs and who can weather the storm when the emotions of the game rise like the flood waters.

On Tuesday, Jan. 15, the Indian River High School boys’ basketball team opened the first quarter of their game against Sussex Central High School with a strong statement, posting a 12-4 advantage through the first eight minutes. However, Sussex Central chipped away, and fought its way back to take a 53-44 win in the Henlopen Conference divisional crossover contest.

Isaac Pettit led the Golden Knights with a game-high 19 points, while teammate Amir Mollock was the game’s only other double-figure scorer, with 10.

Freshman Matthew Engel was the leading scorer for the Indians, with nine. Michael Meehan and Antonio Jones each contributed eight points for IR.

Officials called the contest with 14 seconds remaining, after the emotions in the rivalry game boiled over.

It started when a fan behind the Indian River bench threw a bottle of water onto the court, toward a Sussex Central player. Then, in those closing moments, as IR’s Jamier Felton and Central’s Jahlier Pettyjohn were talking, a player’s mother walked onto the court, thinking the two players were in a verbal altercation. That led to others from both sides of the court, and both teams’ benches, walking onto the floor — and a sudden end to the game between two local rivals.

Central had recovered from their early struggles to cut IR’s lead to 25-20 at the halftime break. It was all tied up after three (36-36) as they headed into the final quarter.

Over the remaining eight minutes, Central took advantage of IR’s mistakes and converted them into points in transition. They also seemed to get after every loose ball and rebound down the stretch.

“It’s all about heart. You gotta want it more than the other team,” IR head coach B.J. Joseph said after the game. “We got away from what we were doing early. We were in the bonus in the first quarter, but we never attacked the rim. We stopped driving.”

The loss was the fourth straight for the Indians, who have now dropped nine of their last 10.

They were looking to right the ship with a rematch against Laurel on Thursday, Jan. 17, after Coastal Point press time. Back on Dec. 4, the Indians defeated Laurel, 58-39, for what was — at the time — a 3-0 start to the season. Results of the Jan. 17 game will be found on the Coastal Point sports Facebook and Twitter pages.