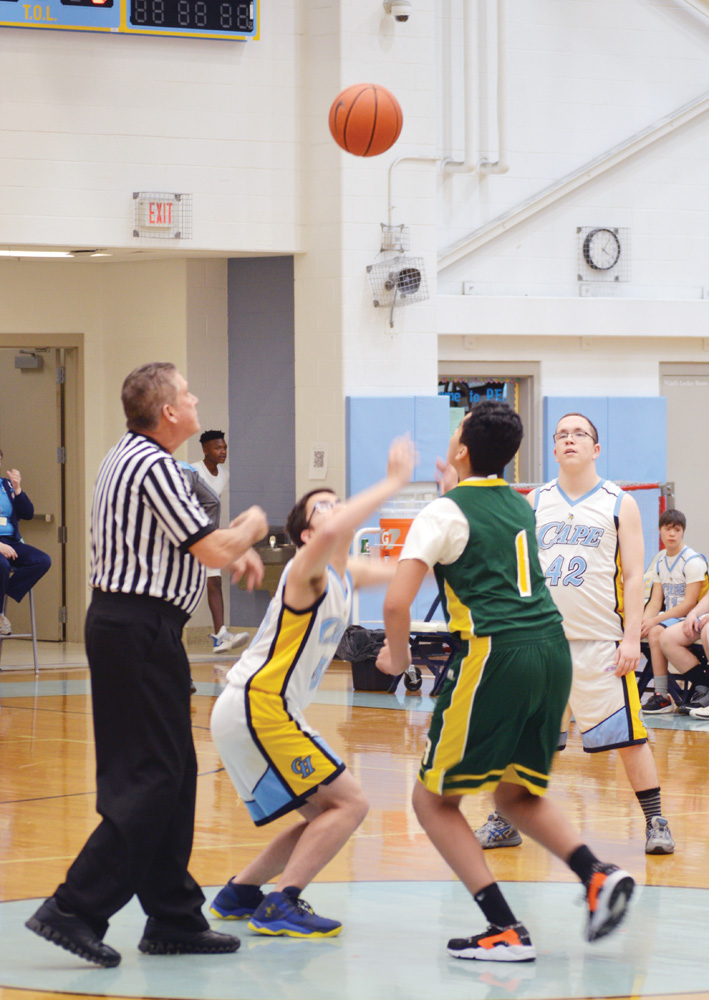 Yonya Wise came off the bench to score a team-high 10 points to lead the Indian River High School girls’ basketball team to a 38-21 win over Seaford on Tuesday, Jan. 29.

The junior guard connected on four shots and converted 2-of-3 attempts from the foul line for her 10 markers. Senior Julia Jordan added nine points, while sophomore Micayla Meehan chipped in with eight.

IR actually trailed 7-6 after one quarter of play and 15-13 at the halftime break.

However, the second half was a whole other story for the Indians, as they put the clamps down defensively and out-scored their guests 25-6 over the final 16 minutes, to pick up the win.

“I was very pleased with our performance after halftime,” head coach Paul Weisengoff said of his team. “We made some adjustments, and Yonya came up big for us off the bench. Julia again was her solid self.”

Le’Anya Garrison scored six points for IR with Lauren Meehan (three) and Savannah O’Shields (two) also figuring in on the offensive efforts. The Indians made 10 of their 18 shots at the charity stripe in the game.

On Thursday, Jan. 24, the Indians hosted Cape Henlopen — one of the top teams in Division I this season. Despite a valiant effort, IR fell to the Vikings, 49-14.

IR struggled out of the gates, finding themselves down 15-0 after the first quarter and 29-8 at the half. It proved to be too much for them to overcome.

“That is a very well-coached, very disciplined basketball team, with a lot of basketball sense,” Weisengoff said after the game. “I’m really proud of our kids. I thought we did a lot of good stuff, but we just couldn’t finish, couldn’t make shots. Making shots is how you win games, and it’s hard to win when you don’t score.

“With that being said, I am really, really proud of our kids. They played some tremendous intensity, and they’ve really embraced a lot of the stuff that we’ve been working on in practice.”

It didn’t take long for the Indian River Unified basketball program to get a taste of victory. In just its second game of the young program’s history, the Indians picked up a 19-14 win over host Cape Henlopen on Thursday, Jan. 24.

“I was elated for our kids to win that game,” head coach Steve Kilby said. “I have had a lot of wins in different areas with our soccer programs, but this is one of the best wins I’ve ever had in my life. Just to see them smiling, and how happy they were to pull that off, was really just a great thing to see.”

And just from Game 1 to Game 2, there was considerable progress made for the team.

“We have one in-bounds play, and defensively we know how to set up, which made a difference for us,” Kilby said of the improvement seen Jan. 24. “Rebounding was real important for us. We stuck on figuring out, you know — face the basket, grab the ball, two hands — and then we’ll go from there.”

Gabriel Mouynivong led the Indians with five points, including a big three-point shot in the first half.

“Gabe likes to square off from downtown, there’s no doubt about it,” Kilby said of his freshman forward. “He did a better job of getting underneath the basket. I think he had three or four rebounds, and I believe he had a put-back for us there, which was really important.”

The Indians accepted their second win following a forfeit from Seaford on Tuesday, Jan. 29.

IR was set to host Cape again on Thursday, Jan. 31, after Coastal Point press time. Results from that game will be found on the Coastal Point sports Facebook and Twitter pages.

The IR boys’ basketball team was trying this week to find a way to erase the bad taste of their previous two losses, and a road contest at Seaford proved to be just the remedy to their ills.

The Indians were glad to get the win following their loss last Thursday, Jan. 24, to Cape Henlopen, 81-46. In that game, injuries and discipline issues left IR shorthanded, and hot shooting by the Vikings in the first half was a recipe for disaster.

The Vikings stormed out to a 47-18 lead after the first half of play, before adding another 24 markers in the third to cement the victory.

“We just didn’t compete,” said veteran head coach B.J. Joseph. “We have been struggling all season with trying to find some consistency. We have some guys out with injuries, and we had to deal with some discipline issues. It just was not a good night all around.”

Jamier Felton came off the bench to score 11 points for IR, while Michael Meehan and Antonio Jones also chipped in double-figure efforts with 10 each.

The Indians find their 2018-2019 campaign winding down as their record sits at 6-11. With so much promise coming into the season, the best IR can hope for down the stretch is some pride of performance in their final three games.

They were set to host Delmar on Thursday, Jan. 31, after Coastal Point press time. Results will be found on the Coastal Point sports Facebook and Twitter pages. Back on Dec. 13, the Indians lost to Delmar, 60-51.