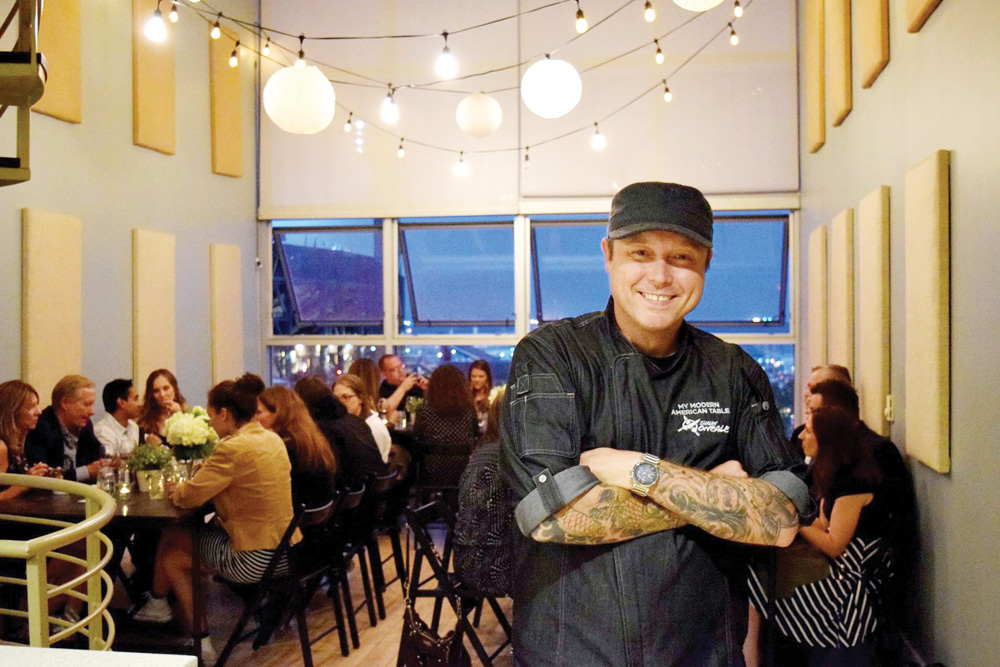 “Shaun’s initial obsession was music and he DJ’d lots of famous parties in Vegas, however, one thing has remained constant for him through the crazy years; his absolute obsession with all things food!” organizers said.

He has cooked for and learned from people including Gordon Ramsay, Christina Tosi, Wolfgang Puck, Daniel Boulud, Richard Blais, Aaron Sanchez, Edward Lee and Kevin Sbraga, which he said intensified  his passion in the kitchen. He cites perseverance as a way to get things accomplished. His latest passion is following his idea to open a Vegas restaurant.

Food Network “Chopped” Champion chef David Thomas will appear on Monday, March 4, at 1:30 p.m. on the Culinary Showcase Stage. He is currently the executive chef and partner at Ida B’s Table, located in Baltimore, where he was born and raised.

Thomas watched his grandmother cook for hours while growing up, and then, in the 1990s, he and wife, Tonya, started catering and continued working in industry restaurants. In 2000, in his pursuit to elevate his skills, he went to work for chef Kevin Zabonick.

Under Zabonick, Thomas learned classic techniques and every aspect of the brigade system one station at a time. Soon after his training was completed, he became executive chef at the Metropolitan Kitchen/Lounge in Annapolis, Md. There he developed his signature style as a chef; modern soul food.

In 2012, Thomas, along with his business partner, opened Herb & Soul, a farm-to-table, local and sustainable café. The demand for Herb & Soul grew to the point that he opened another location, developed a catering program and launched a food truck. After Herb & Soul ran its course, he became a consultant and helped open restaurants. His consulting work led him to a concept that would become Ida B’s Table.

Thomas was brought on as a partner in order to create something in Baltimore that was for Baltimore. Sticking with the local and sustainable model of modern soul food, he built the restaurant and menu from the ground up, focusing on highlighting the history and importance of soul food. Ida B’s Table has become nationally recognized in multiple publications, including Food & Wine, Gardens & Gun, Eater, and Life & Thyme. His goal is to reclaim the narrative of soul food on a national platform starting with Baltimore.

For all the Expo details, go to www.oceancitytradeexpo.com.