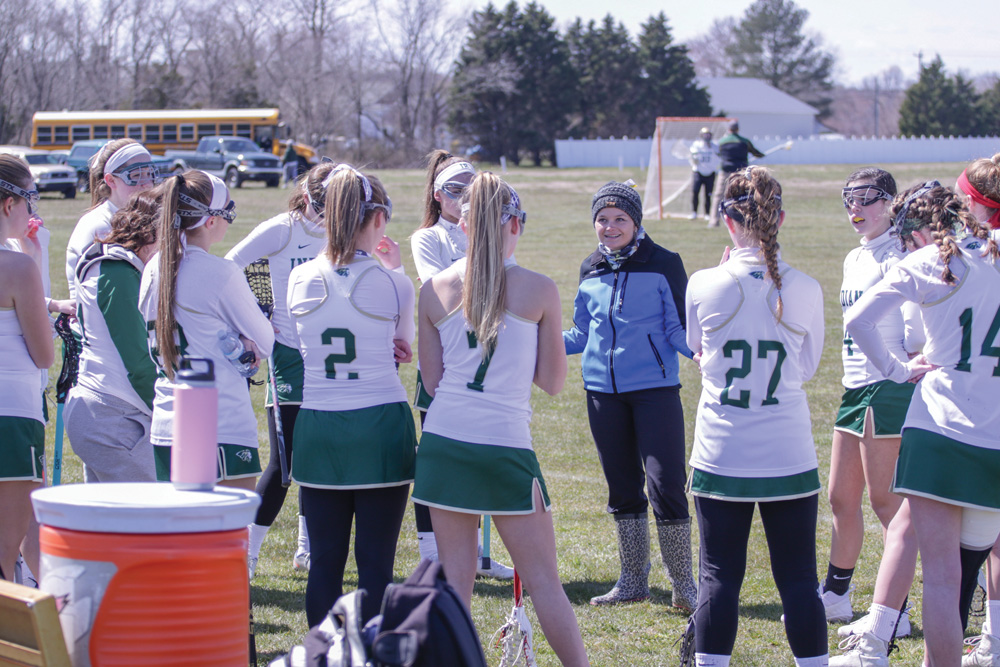 While the first official day of spring is still a couple weeks away, Old Man Winter apparently wants to make sure the Indian River High School spring sports teams know that he isn’t quite ready to move out of the area.

As many of the IR teams — boys’ volleyball being the only one that doesn’t actually play outdoors — have come to find out, wet fields with bone-chilling winds can wreak havoc on preparations for an athletic season.

Last Friday, March 1, was the first day DIAA-member schools were allowed to begin tryouts and practices for the 2019 season. The weather has already forced many teams to cancel practices or move them indoors, which isn’t ideal, for space reasons.

There are many familiar faces back with their programs this year. Jim Barnes returns with the boys’ volleyball team, Billy Wingate with the golfers, and Cat Roselli is back for her second season leading the girls’ lacrosse team. Derek “D.J.” Long will be the baseball skipper for the Indians once again, and Dave Spencer is leading the charges for the boys’ lacrosse team. Boys’ tennis will be led by Mariano Woo, and both the boys’ and girls’ track teams will be coached by Bob Hahn.

Veteran IR soccer field general Steve Kilby is back with a very talented girls’ soccer squad, and he — like the others — has had some issues with the weather, while finishing up his winter season leading the IR Unified basketball team.

“We’ve got three practices in” as of Tuesday, March 5, Kilby admitted. “We don’t play our first real game until March 26,” he noted of the matchup on the road versus Polytech. “Really liking what we’re seeing from our incoming freshmen — super-strong group. They are going to complement what was a really strong team from last year.

“We lose Sami Whelen, who was somebody that kept us in the middle of the road, doing the right things. And then Fabrea [McCray] our goalkeeper, might be our biggest overall hole to fill. If we can find somebody to step in, this team is gonna be exceptionally good.”

Sam O’Shields takes over the IR softball program as they look to defend their Henlopen Conference South Division title. IR is also in the process of finalizing their coaches for the girls’ tennis program.

Next week, we will have a capsulated look at all of the IR spring sports teams as they continue getting ready for their 2019 campaigns.