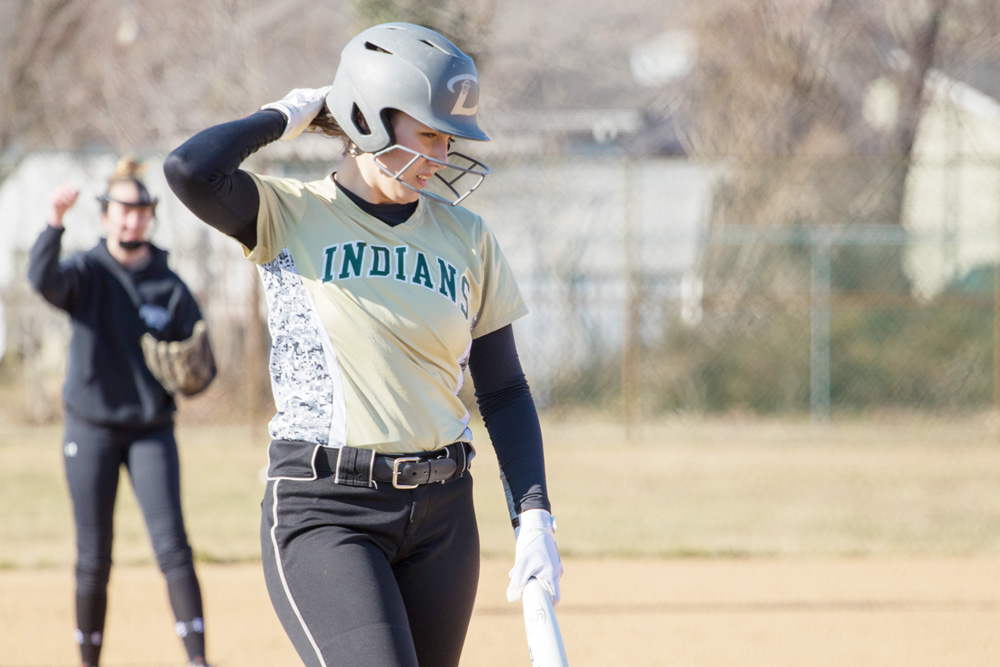 A solid core group of players returns for the Indian River softball team this season, and it has led to some lofty expectations for the squad for the 2019 campaign.

Leading the way will be new head coach Sam O’Shields, who takes over for Erika Murphy after she stepped away back in October. Murphy certainly has left O’Shields set-up for instant success, with 11 returning players from last year’s Henlopen Conference South Division championship team, which finished 13-6 overall. They were upset in the first round of the state playoffs by Lake Forest, 3-1.

“This is my first season as a high school head softball coach,” O’Shields said. “I have been coaching middle school and travel ball for about eight years. Last year’s three seniors [Julia Bomhardt, Braydee Whitman and Damya Williams] were very strong players, and they will be missed greatly. Our returning players know that it is their time to step up.”

O’Shields has the benefit of giving the ball each game to a familiar face — and one of the top pitchers in the state — in daughter Abby O’Shields. The younger O’Shields will toe the rubber in the circle for her senior year for the Indians. A few months ago, she had committed to continuing her academic and athletic career at East Stroudsburg University in Pennsylvania, but she recently changed course and will now be attending West Virginia Wesleyan in the fall.

Fellow senior Grace Snyder will split time behind the plate, as well as in the outfield. The third senior on this year’s squad is Katie Collins, who will serve as the team’s designated hitter, while also spending time at first base and third base when needed.

Juniors Morgan Bomhardt and Kaylah Briddell were also starters last year, and figure to be significant contributors for the Indians this season.

“We are still a young team with some strong leaders that can guide us in the right direction,” Coach O’Shields assessed of his team. “We plan to leave it all out on the field every game. We want to grow closer as a team and bond as a family. We focus on one game at a time, and that should get us into the playoffs, where anything can happen.”

The Indians will open their season on the road at Woodbridge on Friday, March 22. They then travel to Polytech on Tuesday, March 26, before returning for their home opener on Thursday, March 28, against Dover. A battle with state semi-finalist Caravel Academy will follow on Saturday, March 30, which should be a good early test for the Indians.