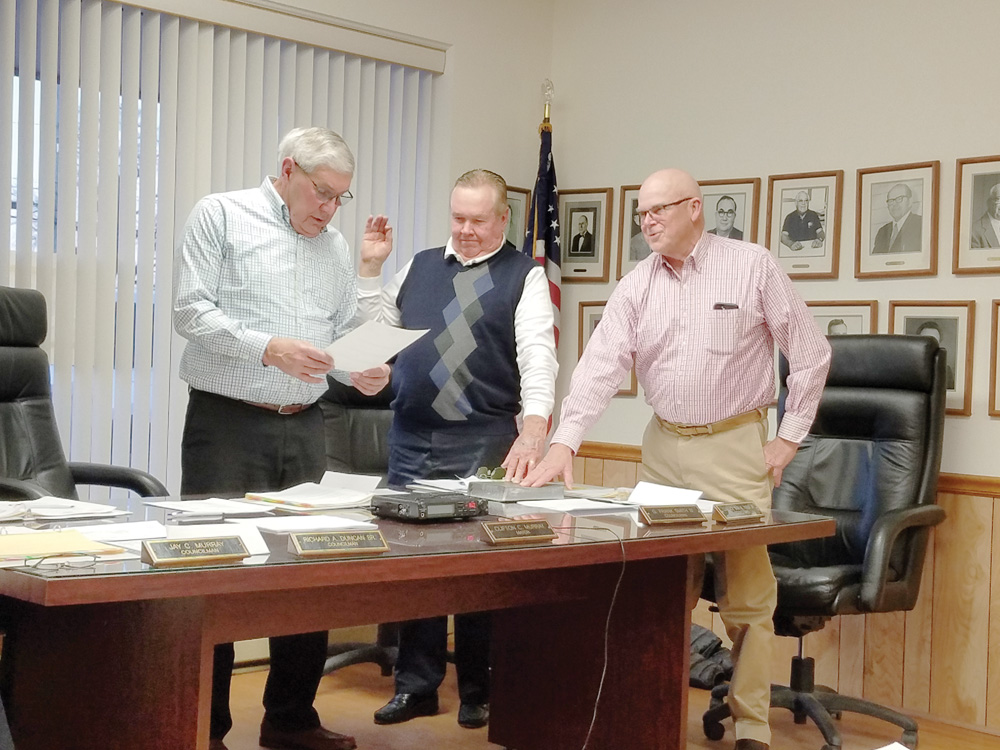 Selbyville Town Council swears in incumbents, gets to work

The Selbyville Town Council has had the same lineup for years. This month, after the incumbents won new terms in a contested election, they once again took their oaths of office and continued their usual work.

Resident Bill Thompson had thrown his hat into the race for council member but came up short in the voting tally. Although he could not attend the March 11 council meeting, his wife, Dawn, shared his well-wishes with the council. They both love the community, she said, having moved to Sussex County in recent years from Baltimore.

“He was glad to have had the opportunity [to run] and wishes everyone well,” Dawn Thompson said.

A 99-home development called Saltwater Landing is being planned for Route 54. This month, the town council unanimously approved the partition of about 56 acres at the southeast corner of the Route 54 and Hudson Road intersection. About 46.1 acres are intended for the future Saltwater Landing, and 10.3 acres were partitioned off from development. The property is zoned R4 and is owned by Keith and Shelly Coffin (Tax Map ID 533-17.00-182.00).

Meanwhile, street parking is a growing problem, particularly in older subdivisions with narrow roads. When drivers park on both sides of the street, regular traffic — and certainly firetrucks — have difficulty squeezing through. But it’s a delicate topic because people still need to have adequate parking for their guests. The Town will have to research its own code for potential solutions in the future.

At the Town’s water treatment plant, some equipment that wasn’t part of the 2016/2017 upgrade still needs attention. The town council voted to approve a low bid of $26,000 to strip rust and re-coat the inside of three tanks, plus some piping. Without painting, the metal infrastructure is crumbling in the wet environment.

“We asked our guys to do it, and it’s more than they can handle — the cleaning and the scraping,” said Council Member Rick Duncan Sr.

But the plant’s new filters are working well, and iron levels are nearly undetectable, Duncan said.

Meanwhile, the town wastewater plant needs about $32,000 in various repairs, including new slide gates, which are currently up for bid.

The plant itself is so big it gets its own lawnmower, which also needs to be replaced. The town council agreed to pay $10,272 for a new lawnmower from Baker’s Hardware.

In other news from the Selbyville Town Council meeting:

• The Selbyville Police Department’s new cadet was set to begin six months of police academy training on March 17, followed by local field training, before being able to patrol the town solo.

“I think he’s going to do a very good job,” said Collins.

The Selbyville Town Council’s next regular meeting will be Monday, April 1, at 7 p.m.