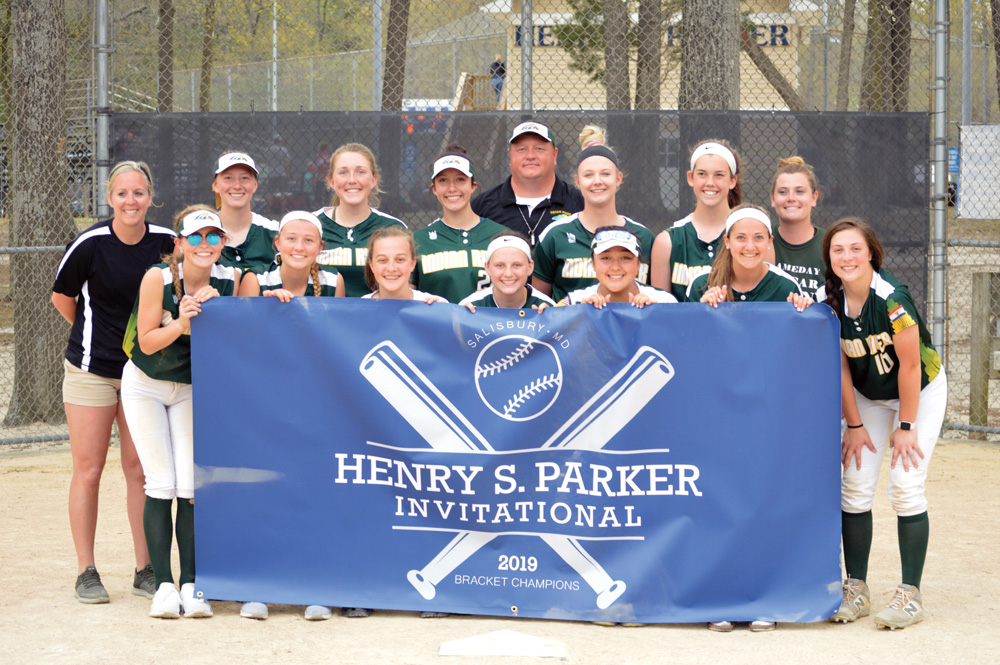 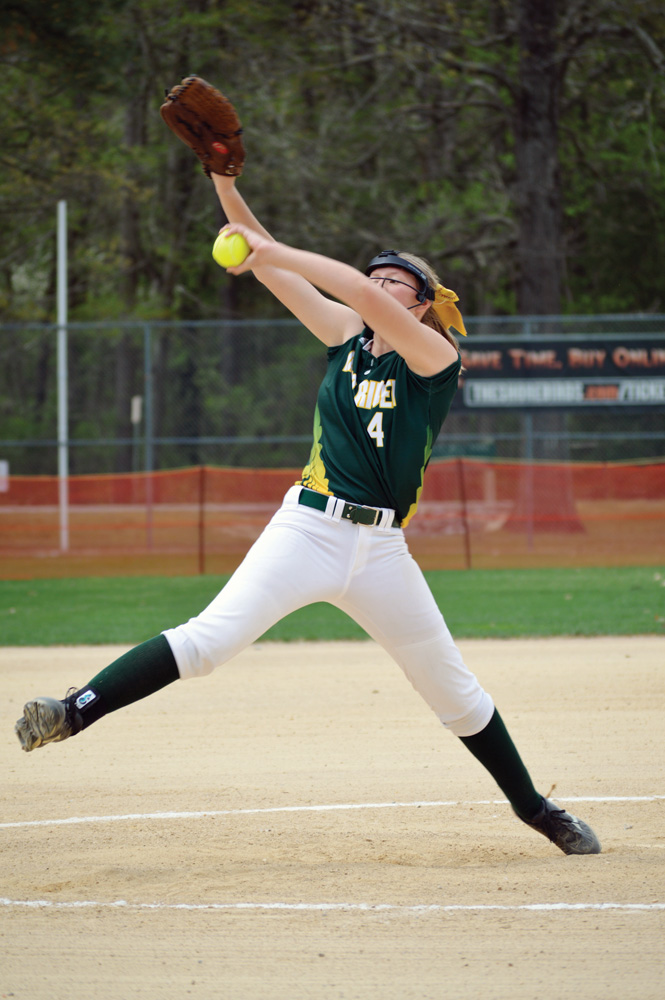 It’s the crowning individual achievement for any pitcher on any level — the perfect game.

On Friday, April 19, Indian River senior pitcher Abby O’Shields accomplished the feat, and did it in dominating fashion. The left-hander fired her first career perfect game with 13 strikeouts in a 12-0 win over Parkside (MD) in the first game of the Henry S. Parker Invitational Tournament.

“Everyone was just on today, and we were ready to go,” O’Shields said. “We scored early in the game, which we’ve had trouble sometimes doing. Scoring earlier helps get you in that mindset that ‘we got this, now let’s get some more.’”

Leadoff batter Kayler Townsend was certainly the table-setter for the IR offense, going 3-for-4 with three runs scored and three RBI. Sam Derickson, Kat Collins, and Abby O’Shields each collected multiple hits in the game as well with Collins recording a game-high four RBI.

Derickson and Abby O’Shields had doubles, while Brandi Mitchell, Savannah O’Shields and Townsend all roped triples as part of the 13-hit IR offensive showcase.

In the bracket championship game, IR again jumped out of the gates with senior catcher Grace Snyder jacking a two-run home run over the fence in right-center field to get things going. Later, should would crush a three-run homer deep over the fence in left to bring about the 10-run Mercy Rule as the Indians completed the shutout sweep, 10-0.

The two home runs for Snyder were part of a 3-for-3 game with seven RBI and two runs scored.

“I was definitely more comfortable going up to the plate in the second game,” Snyder admitted. “I used a more positive approach knowing that I had to be more confident. I think we can go on a run after this now. Of course we have to play as hard as we did here, but I think we can do really well.”

Taylor Lipkins and Savannah O’Shields (double) also chipped in with three-hit games, while Townsend once again had a multiple-hit effort at 2-for-3 with a double and three runs scored. Lipkins knocked in a run, and scored another. Savannah O’Shields also plated a run, while scoring two more.

“My approach is a lot different now because now I am just focused on getting on base,” Townsend noted. “If I can get on base, then the next hitter behind me is usually gonna bunt me over, and then we have our power hitters up after that. It’s all about teamwork.

“Everybody did great. We all worked as a team, and everyone contributed to the wins. We are a lot more confident, and I think we are going to start going on a real good win streak.”

The Indians collectively had 12 hits in the bracket championship with Brandi Mitchell adding the other hit.

Abby O’Shields was almost as perfect in this one as well. She allowed just one hit, while offsetting one walk with 11 strikeouts. She tossed 65 pitches in this one with 50 of them going for strikes, and 13 of the 17 batters she faced were on the receiving end of a first-pitch strike.

“The girls have played very hard up to this point, but we have struggled at the plate,” head coach Sam O’Shields said after the games. “Just understanding the situations, and what we should be looking at. Seems like now things are starting to click a little bit, and we are understanding more about the plan of what we’re trying to do at the plate. We are hitting the ball well, and really drove the ball hard.”

And certainly having a seasoned pitcher like Abby helps the cause.

The Indians — now 7-5 on the season — return from their break with road games against Cape Henlopen on Friday, April 26 (1 p.m.), and Woodbridge on Monday, April 29 (4:15 p.m.), before returning home for their final two home dates of the season.