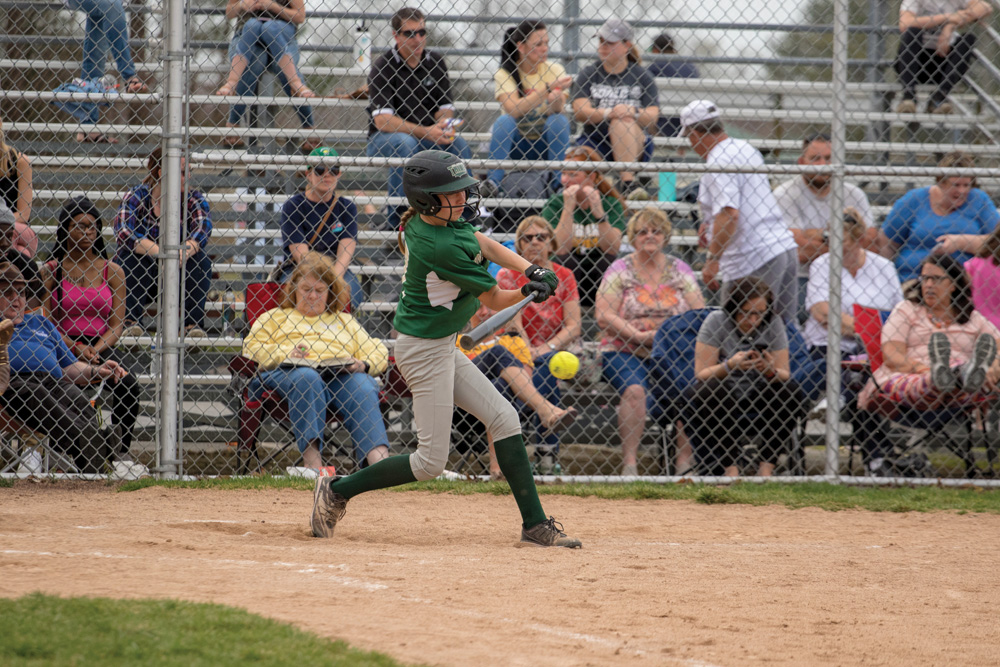 The Selbyville Middle School softball team wasted little time getting itself back into game mode following a 13-day layoff over the Spring Break. The Indians scored four runs in the first inning en route to a 23-1 thumping of visiting Chipman on Monday, April 29.

Lily Hoban and Jaya Shaub led SMS’s 23-hit attack with each collecting four hits. Hoban was 4-for-4 - including a triple — from the leadoff spot with five runs scored and a RBI. Clean-up hitter Shaub was 4-for-5 with a double, six RBI, and five runs scored.

Ehlers and Kinsley Hall combined on the two-hitter from the circle with the lone Chipman run coming unearned.

The Indians had their final away game at Woodbridge on Wednesday, May 1, before closing out their season versus Beacon at home on Monday, May 6, at the Pyle Center at 4:15 p.m.

On Monday, April 29, the SMS baseball team ran their record to 6-1 on the season with a 4-1 victory over a solid Chipman squad.

Chance Hocker put on a dominant performance pitching 6.1 innings, while allowing just one unearned run on one hit. Hocker utilized a blistering fastball with an occasional off-speed pitch to record 15 strikeouts in the win. Ben Cordrey came in to record the save striking out both batters he faced.

Offensively, the Indians were led by Rosnell Lewis, who scored two runs, stole two bases, and recorded a hit for the Indians. Both Cordrey and Hocker also added hits for the winners. Nate Binder scored a run for SMS, who will finish off their season on Monday, May 6, against Beacon where they look to win a middle school conference title.