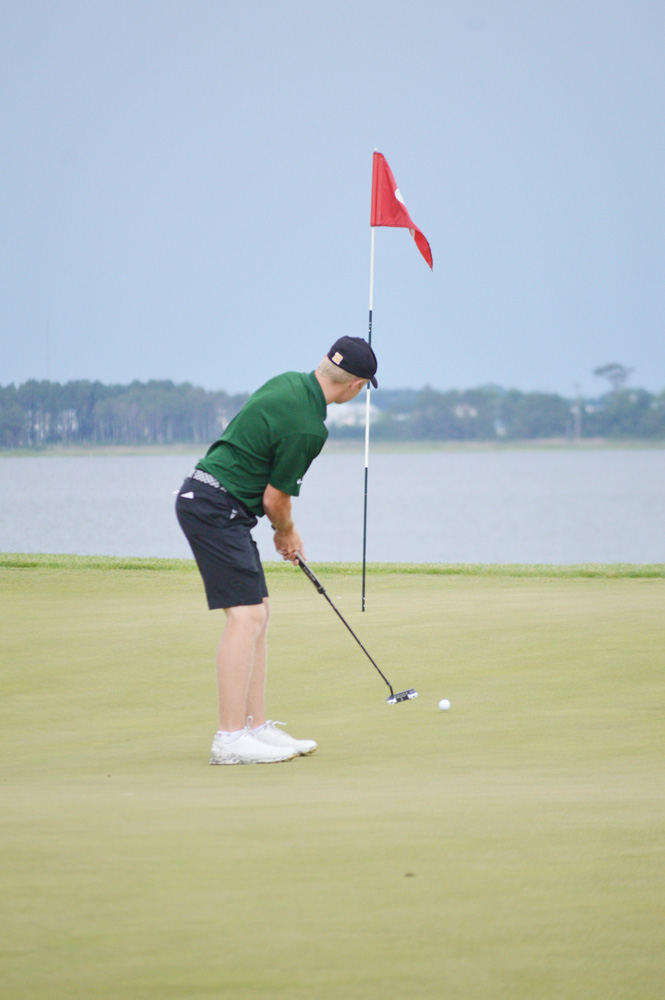 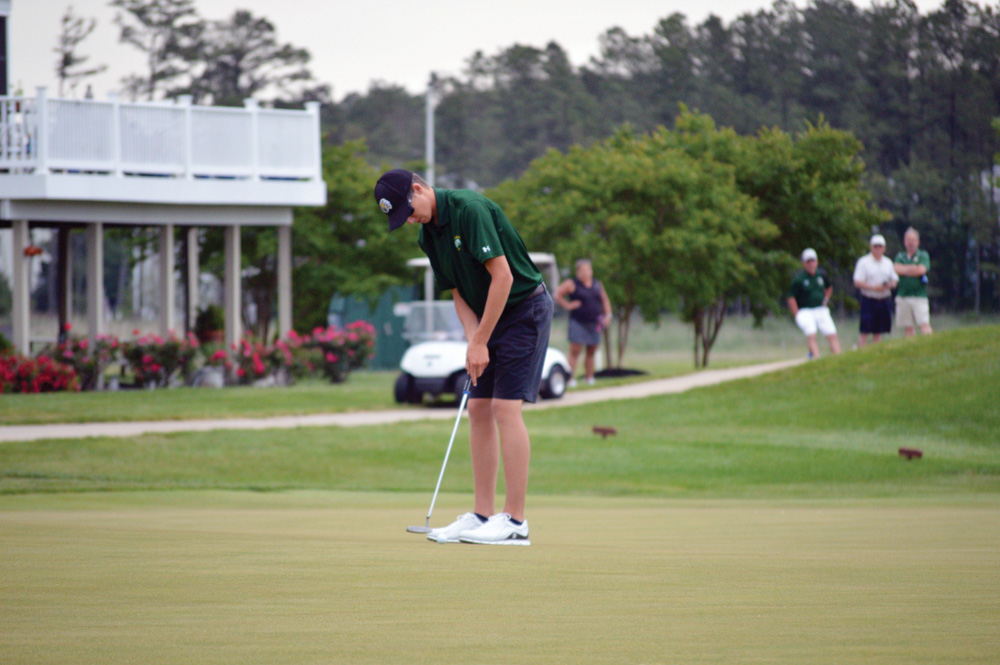 Indians have solid effort at states

With the DIAA state golf championships being hosted on their home course, the Indian River High School golf team had its sights set on success in the final days of their 2019 campaign.

All six IR golfers — Colby Hook, Patrick Gogarty, Ryan Stone, Ben Brzozowski, Zach Lingenfelter and Luke McCabe — made the cut from Day 1 to advance into the final round on Wednesday, May 29.

That collective effort made Indian River just one of three schools to put all its entrants through into the final day’s action, with the others being perennial powerhouses Tatnall and Salesianum.

Hook — a junior for IR — shot a team-best 77 over the 18 holes in the first round, which was good enough for a 6-over for the Par 71 course. Classmates Gogarty and Stone followed with 13-over scores of 84. Sophomore Lingenfelter and freshman Brzozowski each carded a 14-over score of 85.

Tower Hill’s Jennifer Cleary and Padua’s Haley Quickel were the lowest from the first day with their 2-under-par efforts of 69. Tatnall’s Anthony Ciconte followed with a 1-under-par score of 70. The trio were the only ones to score under par for their opening rounds, out of 94 golfers who participated.

The cut line following the first day was 20-over, which saw 62 golfers move on to the second day of play.

As of press time on May 29, only Morgan and Brzozowski had completed their final rounds. Morgan had a rough day on Wednesday, shooting a 108, while Brzozowski was a little better, with a score of 94.

Stone, Gogarty and Hook were still out on the course as of Coastal Point press time. Through the first nine holes in Round 2, Stone had fired a 52. Gogarty carded a score of 40, which had him tied for 28. Hook’s 39 was one of the best rounds of the day, and had him sitting tied for 13th.