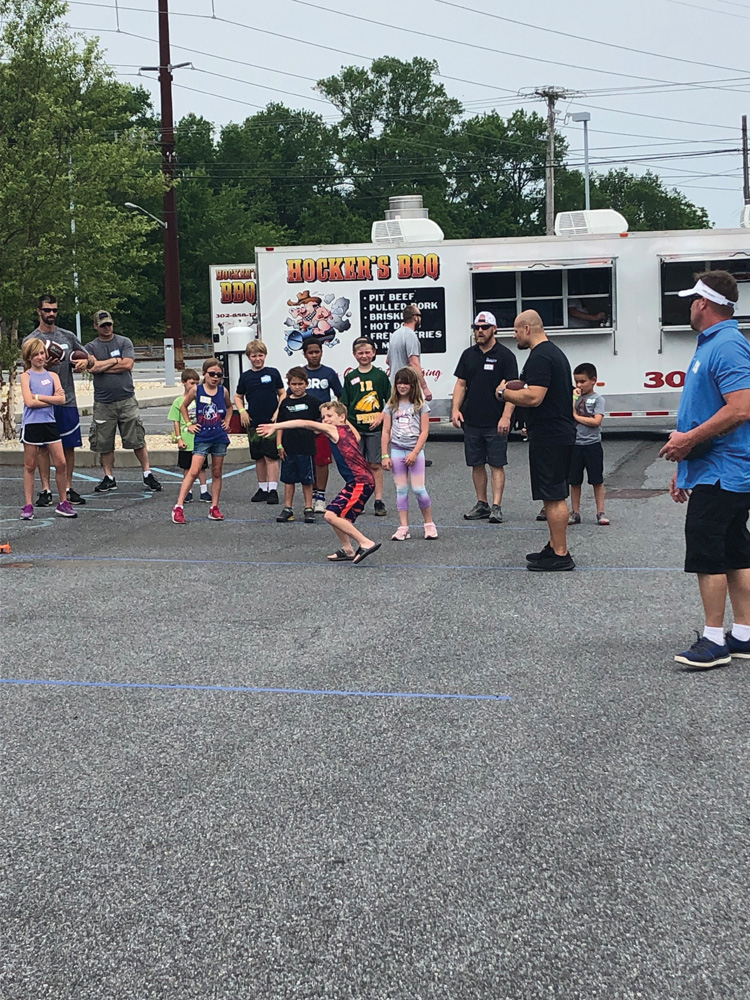 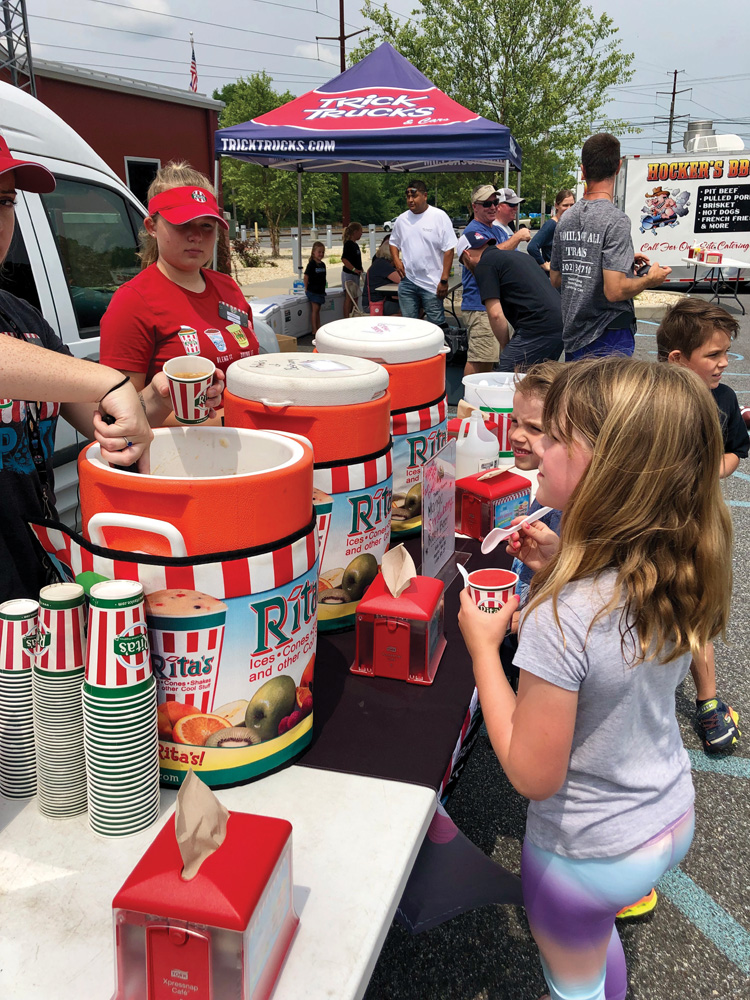 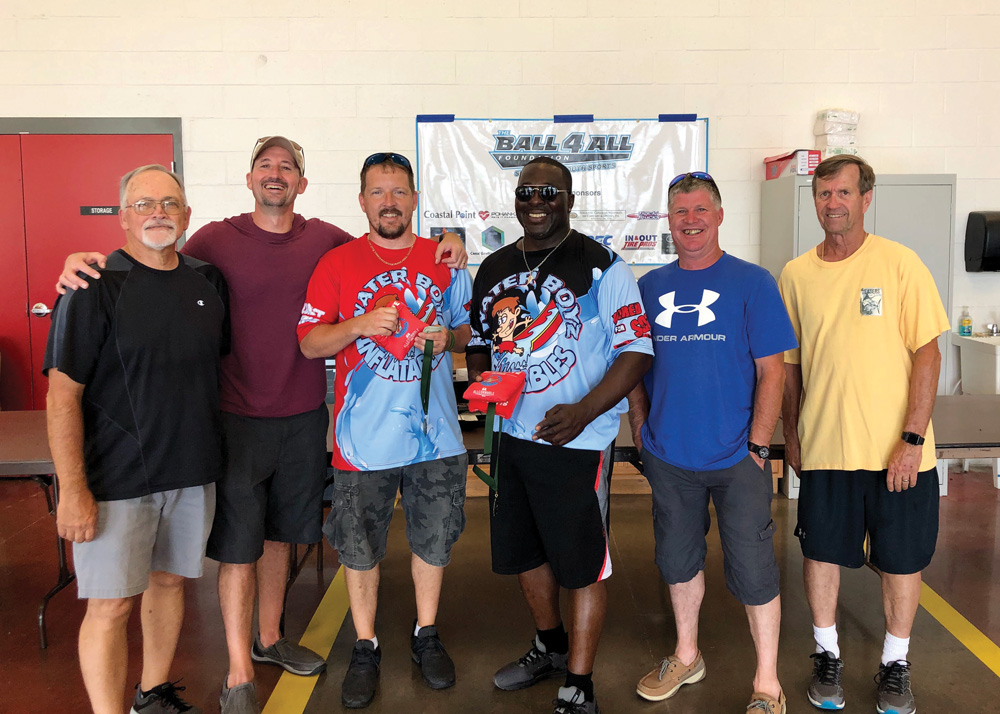 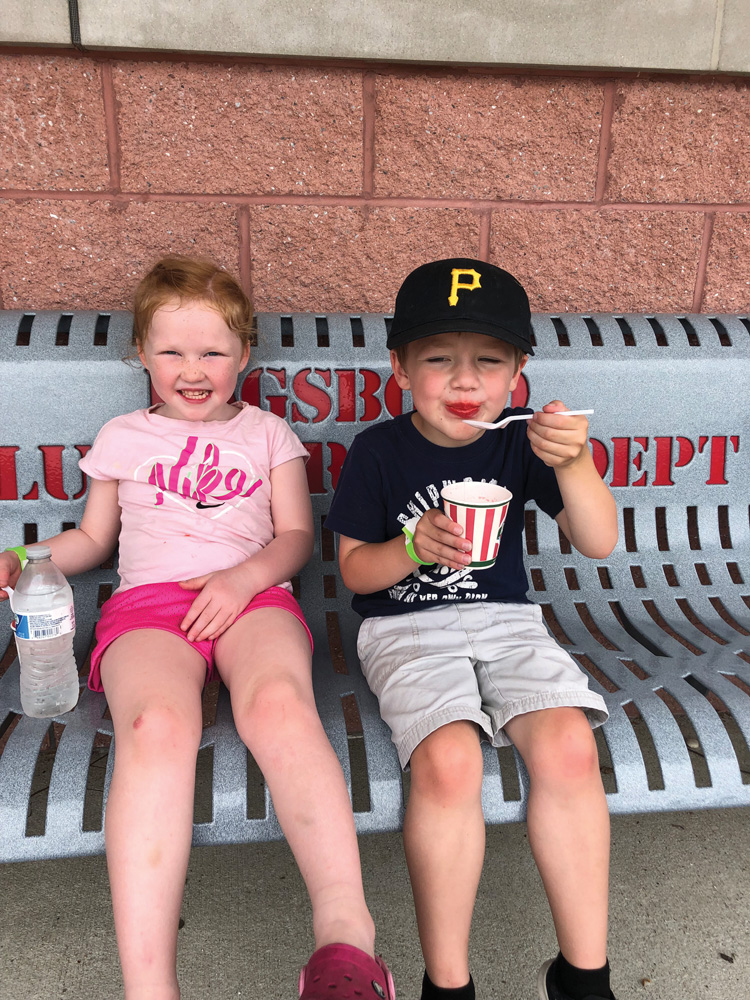 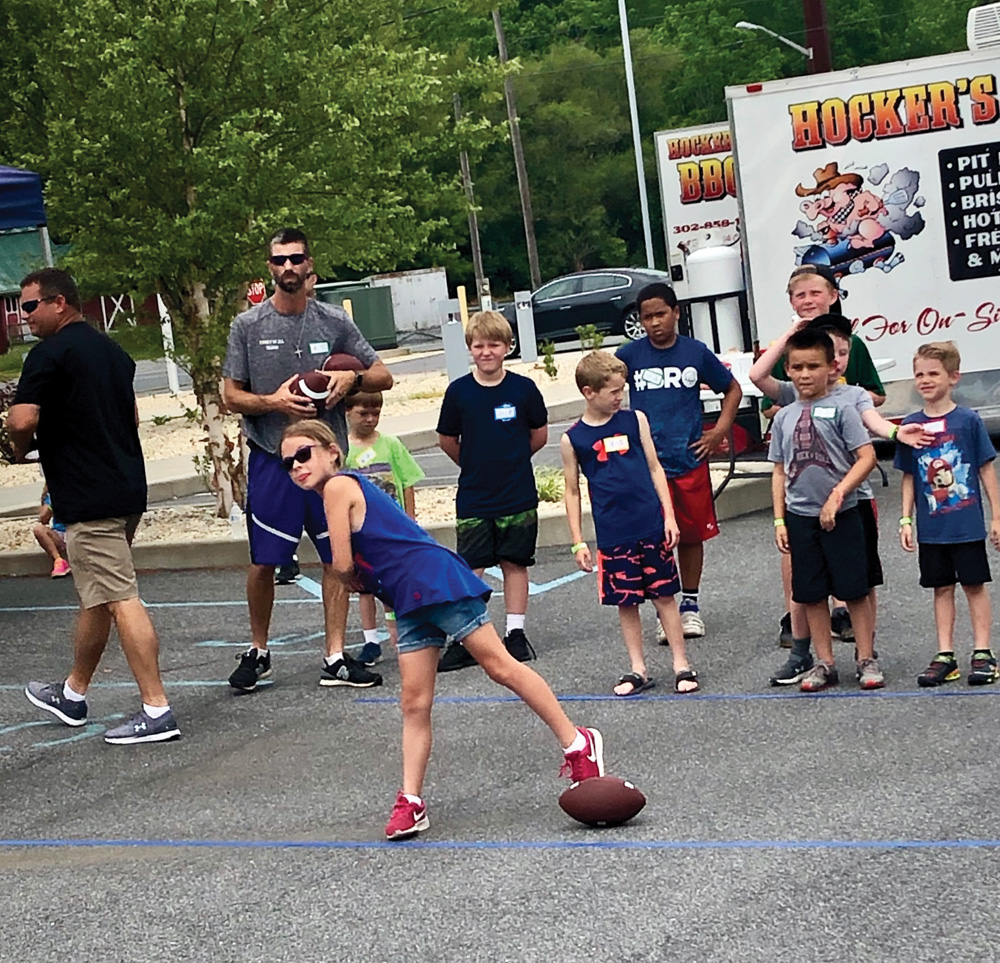 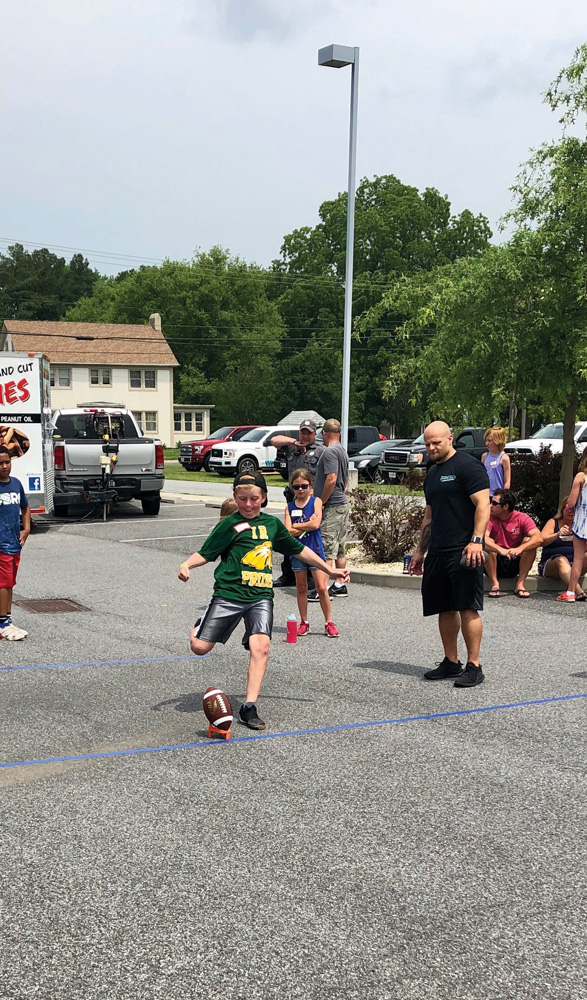 It was game on for Game Day at the Ball 4 All Foundation’s first annual event, held at the Dagsboro fire hall last Saturday, June 1. A nice turnout on a beautiful day helped support the Russell White Scholarship and Lower Sussex Indians Pop Warner football programs.

“The Ball 4 All Foundation had a great day Saturday with their first Game Day,” said the Ball 4 All Foundation’s Emily Harne. “We would like to thank all the businesses that joined us and helped make the day so much fun. Delware State Police TFC Beth Bruette started the day off singing the national anthem. She did an amazing job — she filled the fire hall with pride and set the tone for a great day.”

Those supporting businesses included Hocker’s Food Truck, Rita’s Italian Ice, Water Boyz Inflatables and DJ Bones, who were all on-site for the day.

The Punt, Pass & Kick tournament pitted kids of all ages against each other, vying to see who could launch the football the farthest. Dads lined up to compete in their own competition in the event as well.

“It was great seeing all the kids and dads out there having a great time,” Harne continued.

There was also a cornhole tournament and items up for auction on the day as well. The Water Boyz took home first place in the double-elimination tournament, with Beach Bums coming in second and Shore Billy’s picking up third.

“We are grateful for all the support the businesses and community have given us, and we look forward to our continued growth with this event,” concluded Harne. “We now have a great starting point for the Russell White Scholarship to continue, and we are able to supply some much-needed support to the Lower Sussex Indians Pop Warner program.”

The scholarship was created to honor the memory of LCpl. Russell White, an Indian River High School graduate who was killed while serving in Afghanistan in June 2004.

The Ball 4 All Foundation has a free soccer day coming up on Saturday, June 15, at the River Soccer Club, for children ages 6-12. The event is from 9:30 to 11:30 a.m., and is open to players of all skill levels. Space is limited. Space can be reserved by emailing ball4allfoundation@gmail.com.

At the end of the soccer day, the organization will be drawing the winning ticket for the D.C. United signed soccer ball that was donated by In & Out Tire Pros. Raffle tickets will be on site for purchase on the day of that event.