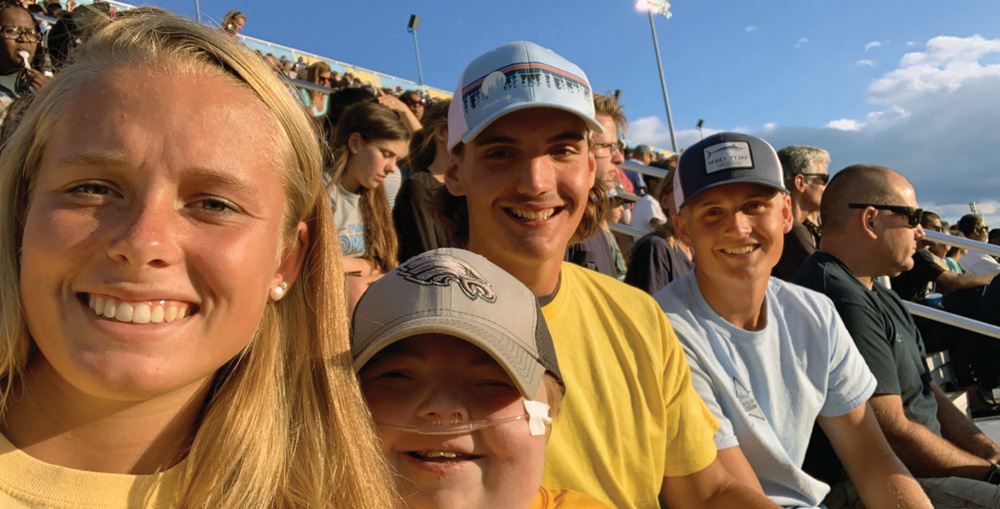 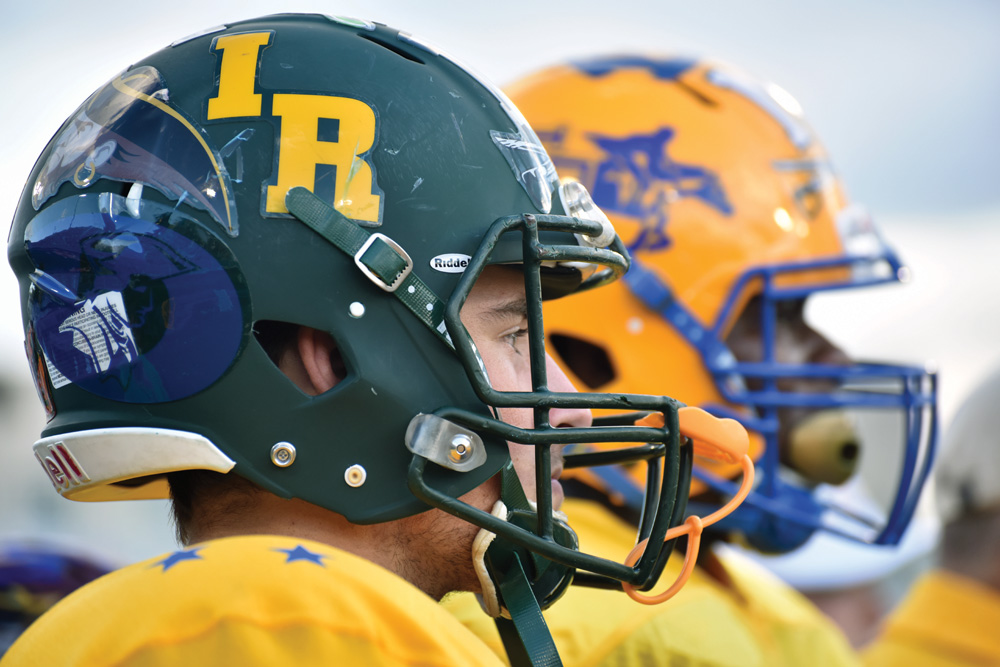 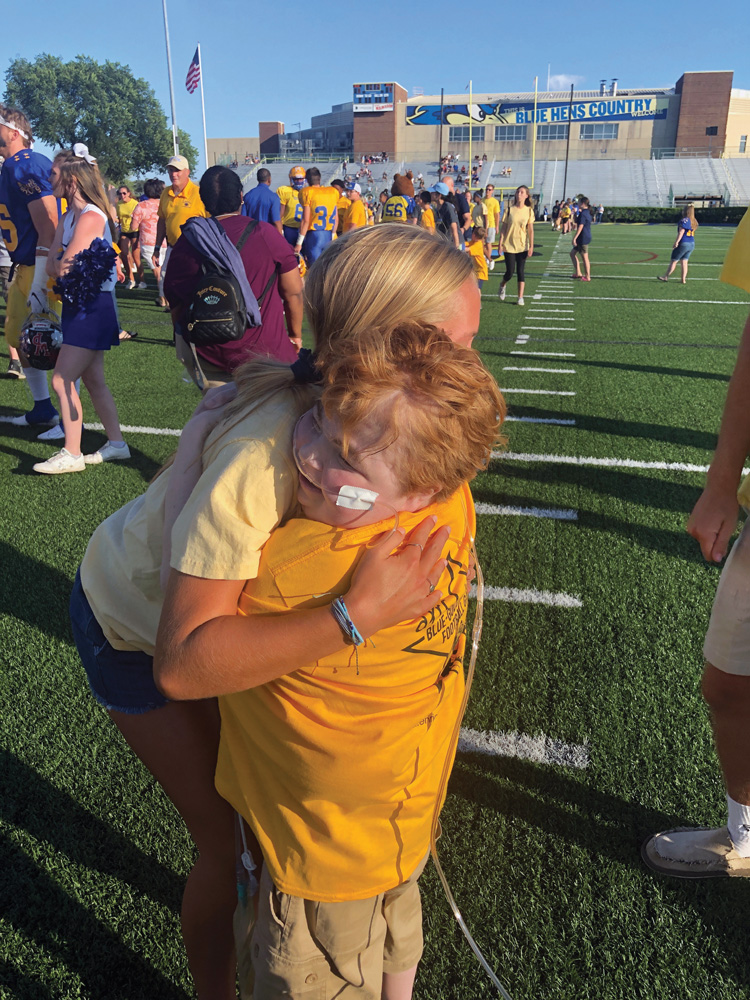 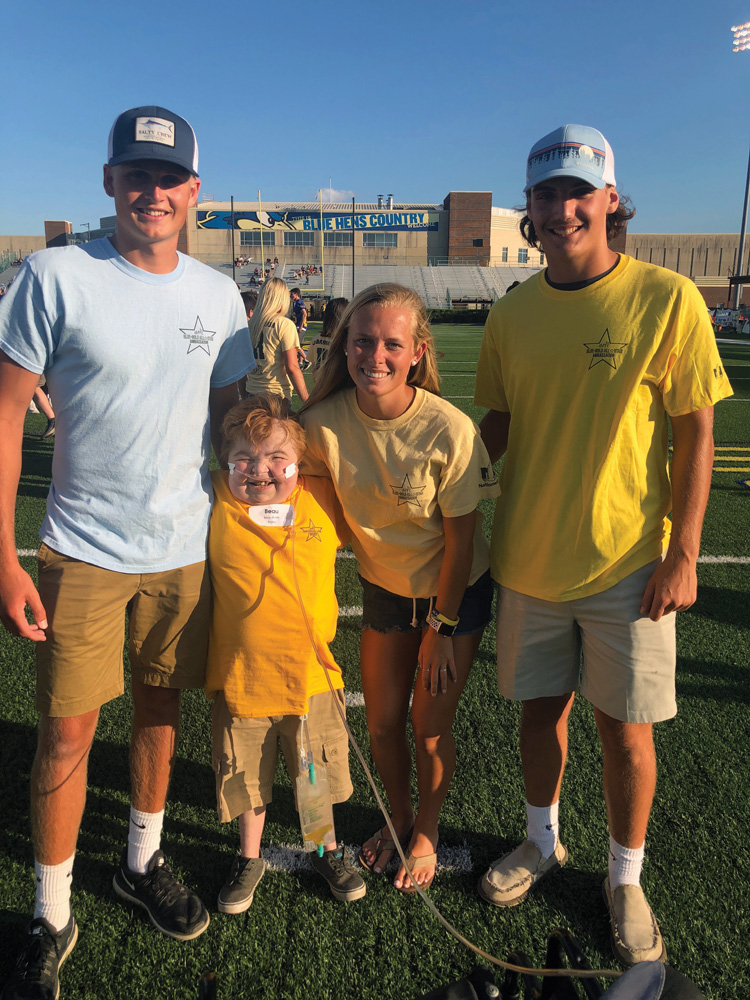 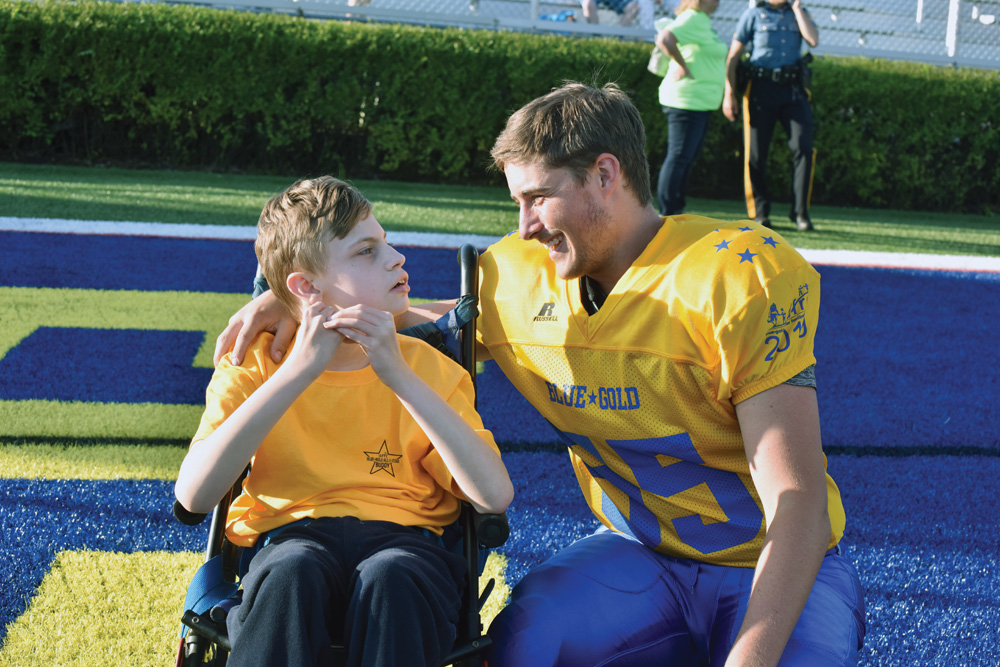 More than a football game

Like the first one held 64 years ago, this year’s annual Blue-Gold football game, played Friday, June 21, at the University of Delaware’s Tubby Raymond Field at Delaware Stadium, was more than a football game.

Selected players are teamed according to which side of the C&D Canal they live — north or south. Currently, with the addition of First State Military Academy this year, the DFRC now boasts more than 50 teams in their All-Star series.

According to recent Indian River High School graduate and cheerleading participant Madison Killen, who will be attending the University of Delaware in the fall, the experience was, “absolutely phenomenal in raising awareness for people with intellectual disabilities. It’s really opened me up to what it’s like to help them and understand their needs, and what they have to go through on a day-to-day basis. It’s just eye-opening.”

Zach Schultz, another recent IRHS graduate, was there representing the Indians on the Gold team, which won, 38-24. It was the Gold’s third straight win, having now won seven of the past nine games in the annual series.

The Gold team won the coin toss and elected to receive. Their offense quickly moved the ball to the Blue 11-yard line, where Woodbridge’s Jamon Kane ran it in from there.

Woodbridge players also had on their minds thoughts of their quarterback Troy Haynes and his ongoing battle with cancer. Haynes was unable to play because he is in Texas receiving treatment for kidney cancer, so this win was for him, according to the Blue Raiders participating in the June 21 game. The four Gold players from Woodbridge — Gabe Westcott, Kane, Brock Keeler and Josh Propes — took turns wearing Hayne’s No. 4 jersey for a quarter each. Each player had “Fight Like 4” sticker on their helmet.

Following a Blue touchdown that made the score 24-7 with 35 seconds before halftime, Wescott took the ensuing kickoff 72 yards, right before the break, to shift the momentum back in favor of the Gold team.

When they returned from the break, Gold’s defense held solid, keeping the Blue team to a scoreless second half. They also forced a trio of fumbles and intercepted a pass in the second half.

Rain fell steadily during the third quarter, sending 1,703 spectators scrambling beneath the stands. When the shower was over, spectators returned to their seats to watch the final minutes of play.

“It’s an honor to be here today,” Schultz said after the game. “I got to play, and it was fun. I got a couple of sacks. I think I did pretty good for the time I got to play.”

“They were playing for Troy,” said Gold coach Dan Candeloro, who is also the head coach at Caesar Rodney. “We wanted to win all four quarters, but we won the game, and that’s what’s important. At the half, we told them how important stopping them was, and you see what they did. We had some great defensive plays in the second half. They would stop them and force them to punt, and we’d run it in. And that kind of got us rolling.

“We can accomplish a lot in a week, as you can see. I had great coaches working with me. The installs are very fast and easy. Plus, the kids on the defensive side called the game. They called everything. They’re good athletes and smart kids!”