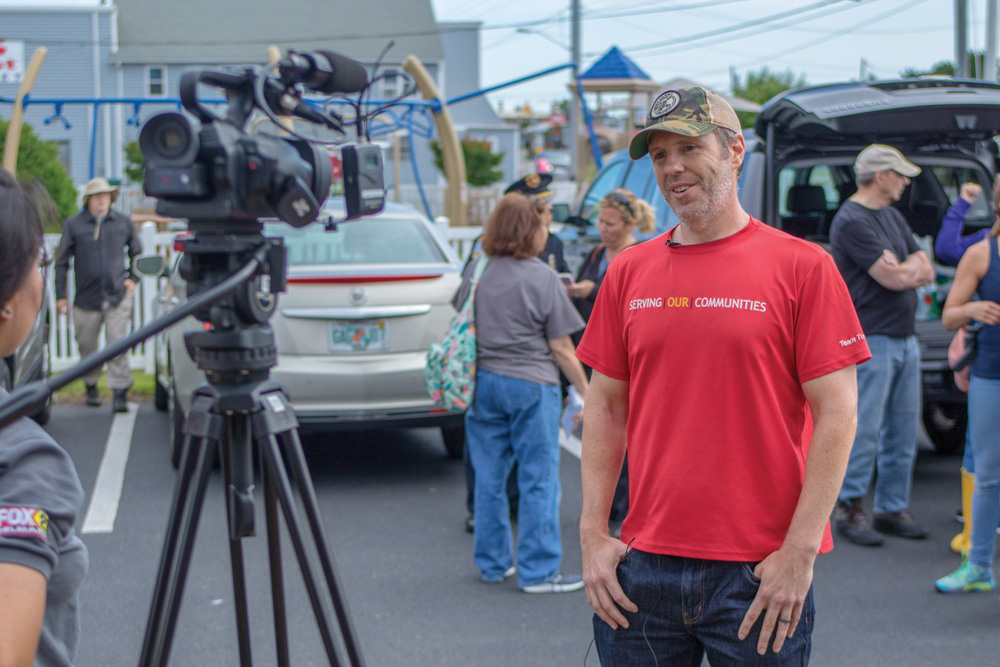 Two weeks after she was last seen leaving a Sea Colony high-rise, a Bethany Beach woman remains missing, and police have reported no new information on her possible whereabouts.

Linda Bravo, 70, of Alexander Drive in Bethany Beach, was last seen sometime between 11 p.m. and 11:45 p.m. on Thursday, June 13, when she left Sea Colony, where she had been with friends.

“Her friends thought she was heading home,” said Capt. Darin Cathell of the Bethany Beach Police Department, which is leading the investigation into Bravo’s disappearance. “This was the last physical contact anyone has had with Ms. Bravo,” Cathell said.

According to police, after being unable to track Bravo’s location on the Find My Friend app on her phone, a good friend of Bravo’s contacted her family out of concern for her welfare. Bethany Beach Police responded to a missing-person report at 10:30 p.m. on Friday, June 14, according to the latest news release from the department.

Through checking street cameras and cell phone tower information, police have put together a glimpse into where Bravo’s vehicle was for the first hour after she went missing. A camera showed her vehicle initially traveling north on Route 1 in Bethany Beach at 12:24 a.m. Friday, June 14, and that was corroborated by a “ping” showing her cell phone had communicated with a cell tower just north of Fred Hudson Road at that time, Cathell said.

Then, at 12:43 a.m. on Friday, June 14, her car, a 2011 Mercedes GLK 350 sport-utility vehicle, was captured on another camera, that one at Routes 1 and 26. That time, the vehicle was heading southbound. Again, the camera information matched information gathered from communication between Bravo’s cell phone and a cell phone tower.

At that point Cathell said, Bravo appears to be alone in the car, from what the police have been able to see on video, “but we aren’t 100 percent sure of that,” due to the graininess of the video once it is zoomed in, he said.

Approximately two minutes later, Cathell said, “We have her vehicle heading south on Route 1, on the [security] camera at the Cottage Café. This is the last time [Bravo’s] vehicle is seen on camera,” he said.

On Monday, June 17, a Gold Alert was issued regarding Bravo’s status.

The following day, with assistance from the Delaware State Police and the Bethany Beach Volunteer Fire Company, Bethany Beach police conducted a flyover of South Bethany and Fenwick Island with a state police helicopter, searching for Bravo and/or her vehicle.

On Friday, June 21, officers searched on foot from South Bethany to Fenwick Island, and used drones to photograph the area.

On Saturday, June 22, more than 100 people, including Bravo’s friends and family, participated in a search of Fenwick Island, the main purpose of which was to look for security cameras that might have recorded Bravo or her vehicle in the town.

The volunteers — some wearing rubber boots — formed a tight circle in the parking lot at Fenwick Island town hall as Lt. John Devlin offered instructions for the search.

“Don’t touch anything” that could be a clue as to Bravo’s disappearance, he told the crowd.

Bethany Beach police officer Kenneth Haynes was at the search event to offer assistance to the Fenwick Island department. Red scratches traversed Haynes’ arms below the short sleeves of his uniform shirt; he told volunteers the scratches were from searching wooded areas for Bravo the previous day.

Bravo’s two sons, Scot and Zach Kight, stood at the edge of the crowd, talking to reporters and friends of their mother before the volunteers dispersed to search for cameras.

Zach Kight said one of the things that baffles anyone who knows Bravo is that she left her three dogs at home.

“Her dogs are her life,” he said of Henry, a poodle; George, a Yorkie; and a bichon frisé named Louis.

The brothers said they arrived in Bethany Beach early Saturday morning, June 15, from their homes in the D.C. metro areas of Maryland and Virginia.

Millville businessman Al Casapulla said Saturday that he had taken the dogs in initially but had since found a foster home for them where they are being well cared for.

“I have four dogs of my own,” Casapulla said.

A close friend of Bravo, who asked not to be identified, said she normally kept to a fairly small area around her home and that she has a fairly regular routine.

“She had her nails done earlier that day,” the friend said.

Scot Kight said his mother, known to her five grandchildren as “Grandmother,” is “kind of a homebody. She doesn’t travel that far,” he said, adding that her typical activities include going to the post office, the grocery store and out to dinner with friends. “Anything outside that comfort zone, she wouldn’t do,” he said.

The last contact she had with her family, according to Scot Kight, was a group phone chat with both sons mid-day Wednesday, June 12. They talked about upcoming visits from both Scot and Zach and their families, and much of the discussion centered around what foods she should buy for the grandchildren before they arrived, he said.

“And that was it,” he said, until he received a phone message from his brother that said, “Mom’s missing.”

Asked if he was scared, he was silent for a moment and then answered, “I’m numb.”

About three hours after the searchers left on foot and in cars, Devlin and other officers from Fenwick Island and Bethany Beach stood talking with Bravo’s family members. Scot Kight sat quietly, cross-legged, on the asphalt parking lot in the middle of the group.

Bravo’s close friend said she felt the search had helped to show the family that the community is behind them.

“We are one, with the main goal to bring her home,” she said.

Volunteers had identified 63 security cameras throughout the one square mile of Fenwick Island’s town limits during the morning, Devlin said, but added that some of those could be cameras police had already checked for signs of Bravo or her vehicle.

She said she has had to answer quite a few questions about why she used the “Find My Friend” app, and that some people had asked her whether Bravo had medical issues that caused friends to want to keep track of her, to which she answered no.

“Some people think it’s creepy,” she said of her “check-ins” with friends throughout the day. “I just do it because it brings a smile to my day,” thinking of her friends, she said.

Bravo’s friend said that happiness turned to panic when she was unable to find Bravo on the tracker on Friday, June 14. “There was just… nothing,” she said.

On Sunday, June 23, police conducted a “secondary check” of area waterways by boat, Cathell said, including “all the canals again and [the] waterway located by Harpoon Hanna’s.”

Linda Bravo is described as 5 feet, 5 inches tall, weighing about 180 pounds, with blonde hair. She was last seen wearing yoga pants, a loose blue top and sneakers. She was driving a white Mercedes GLK 350 sport utility vehicle with Delaware tag PC 444152. Bethany Beach police are asking that anyone with any information as to Bravo’s whereabouts contact them at (302) 539-1000.