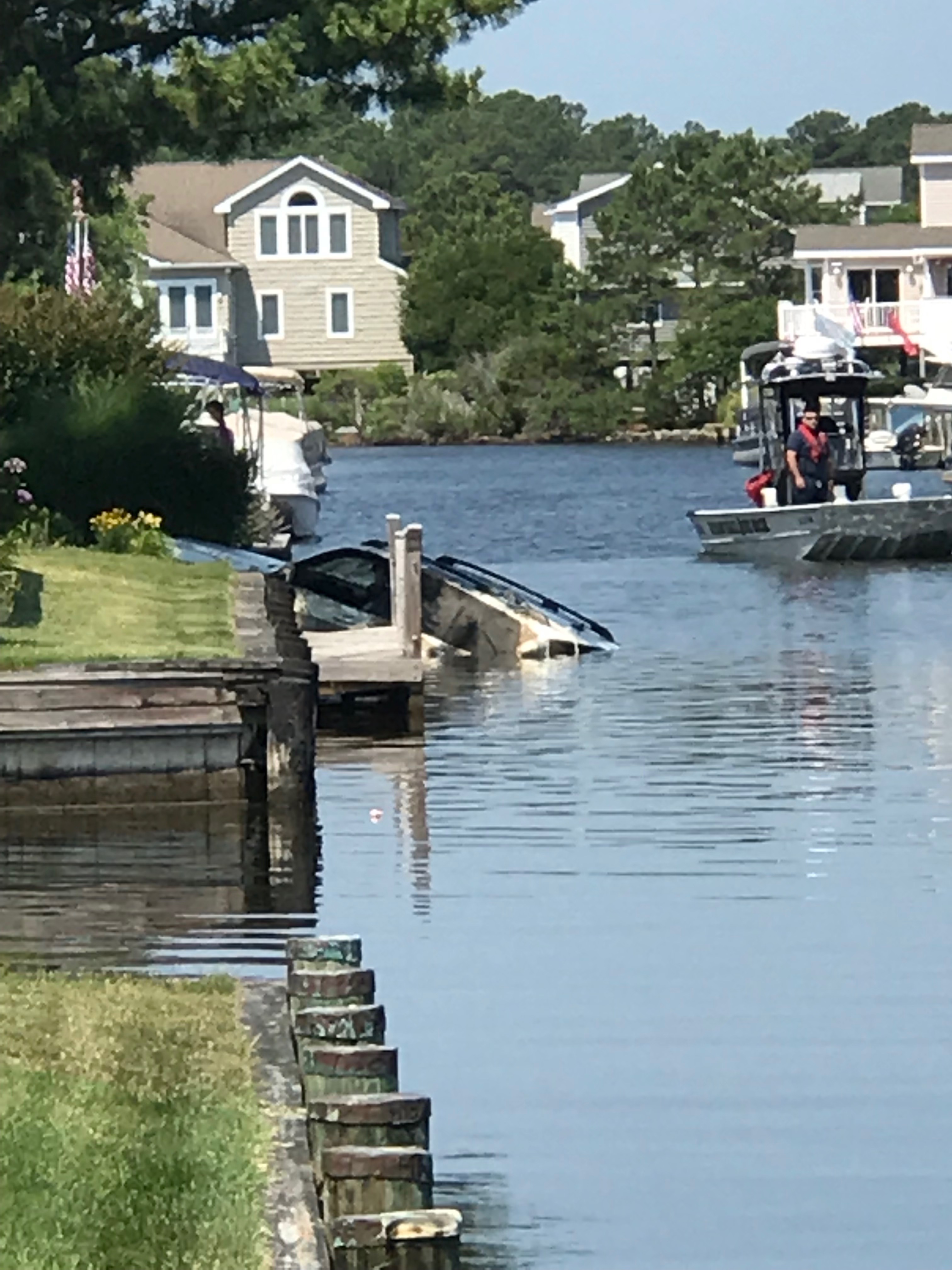 The body of a Bethany Beach woman who had been missing for two weeks was found in a South Bethany canal just before 6 p.m. on Friday, June 28.

Approximately 16 hours later, Linda Bravo’s car was found in the canal, not far from where her body had been found, according to Capt. Darin Cathell of the Bethany Beach Police.

As of noon Saturday, June 29, Bravo’s body had been positively identified by the state Medical Examiner’s office, Cathell said.

Based on evidence gathered at the scene, Cathell said police believe Bravo’s death was caused by accidental drowning. “At this time we don’t suspect any type of foul play,” he said, based on preliminary information gathered by the Delaware State Police Crash Reconstruction Unit.

A press release Saturday afternoon from the Bethany Beach Police Department said “at this time, it appears to be a fatal accident investigation.”

Her body was seen floating in the canal around 5:45 p.m. Friday, Cathell said.

After meeting with Bravo’s family Saturday morning, Cathell said they had asked for the public to respect their privacy as they grieve the loss of their loved one.

Cathell said the Delaware State Police dive unit had located the car, a white Mercedes SUV, using a three-dimensional scanner which uses sonar to map an area and to detect objects underwater. One of the car’s windows was open, he said.

Front-end damage was visible on Bravo’s car as it was carried away on the back of a tow truck early Saturday afternoon, including a broken headlight and a damaged and partially detached bumper. Sandy muck was also visible several feet up the sides of the vehicle.

Bravo’s body was probably in the car until yesterday, Cathell said.

In the days after Bravo was reported missing, police searched the area by air with helicopters and drones, by boat, and on foot.

Bethany Beach Police Sgt. Jason Riddle said the area where the car was found had been searched “multiple times” but that no obvious point of entry, such as tire tracks, was found for a vehicle like Bravo’s, until the police talked to the resident who had repaired the cable at the boat dock.

Riddle estimated the water to be nine or 10 feet deep in that part of the canal. As for how or why Bravo might have entered the water at that spot, Riddle said he wouldn’t speculate. “We can't make that call. Our missing person investigation is complete,” he said, adding that further information might come forward from other agencies.

The press release sent out by Riddle Saturday afternoon, in addition to asking the public to respect Bravo’s family’s privacy, added that the family wanted “to thank everyone that reached out to them and assisted them in this difficult time.”