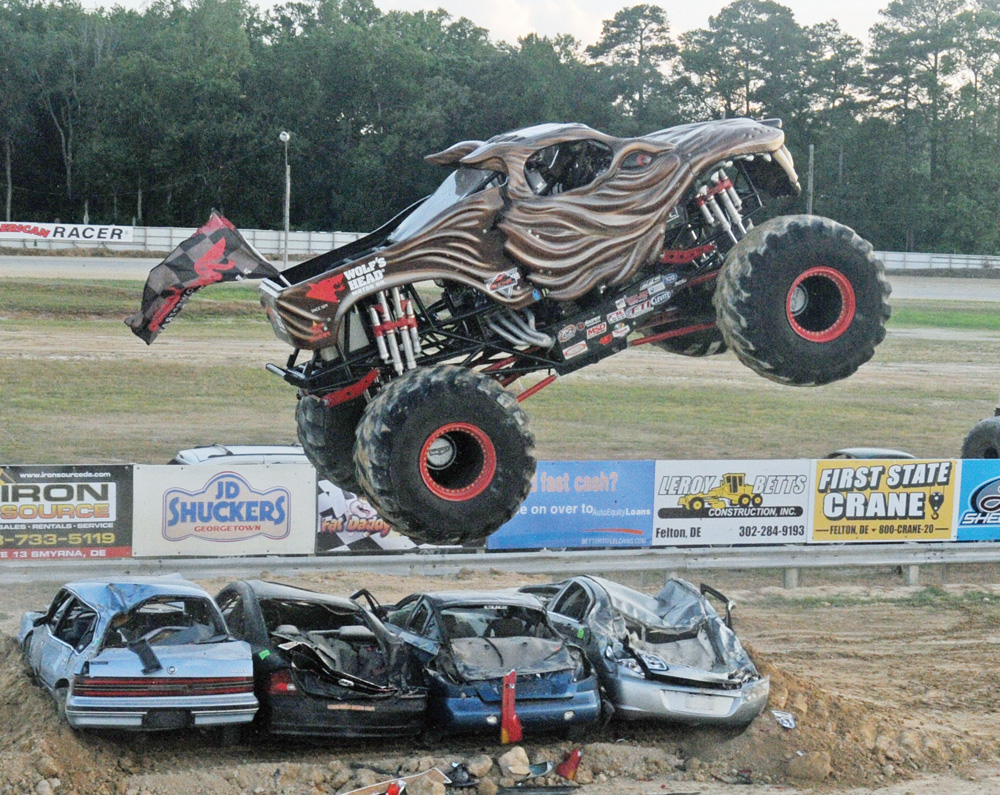 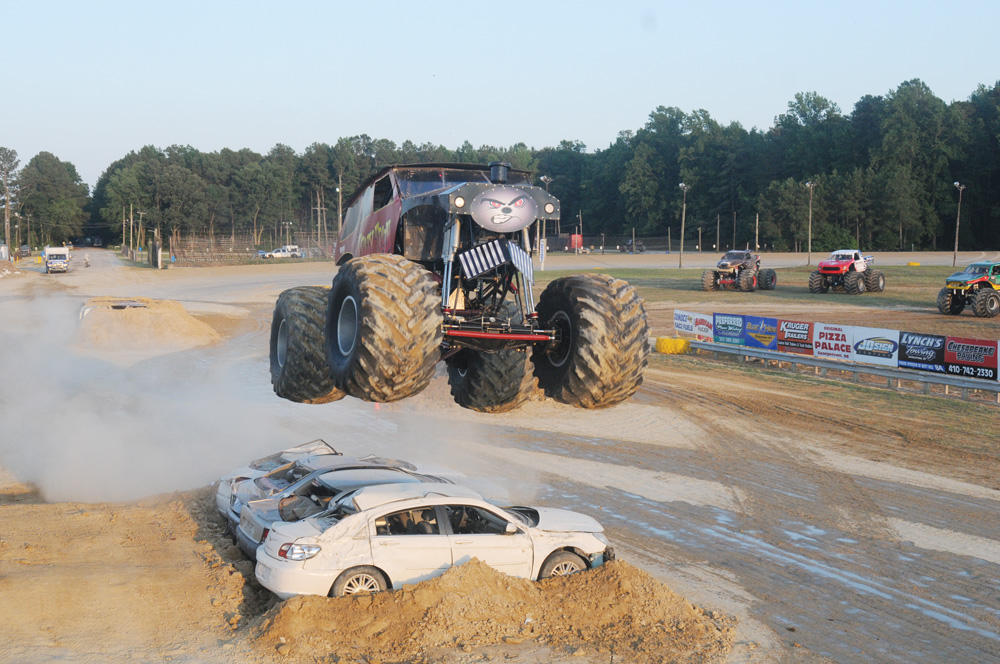 According to Miller, showing and racing Big Foot around the country is, “pretty cool. It’s a lot of work and a lot of riding, but we get to go a lot of places and see a lot of things. Sometimes my family gets to come, but most of the time we’re out here with our Monster Truck family, and we have good times with them all the time. You couldn’t ask for a better job!”

Miller, who says he’s been driving Big Foot since last October, also noted that being the Big Foot driver comes with a lot of responsibility.

“I’m pretty much a one-man show,” he admitted. “I drive the hauler, I drive Big Foot, and if either one of them breaks, I fix them.”

With Saturday’s show a repeat of Friday’s, both days’ feature competition started with a single jump, followed by double jumps; then racers were turned loose on the whole course for FreeStyle competition.

Fans who showed up early got to meet the drivers and look over the machines that would be racing those nights. There was even a Monster Truck Ride Experience, showing riders what it’s like to drive a Monster Truck.