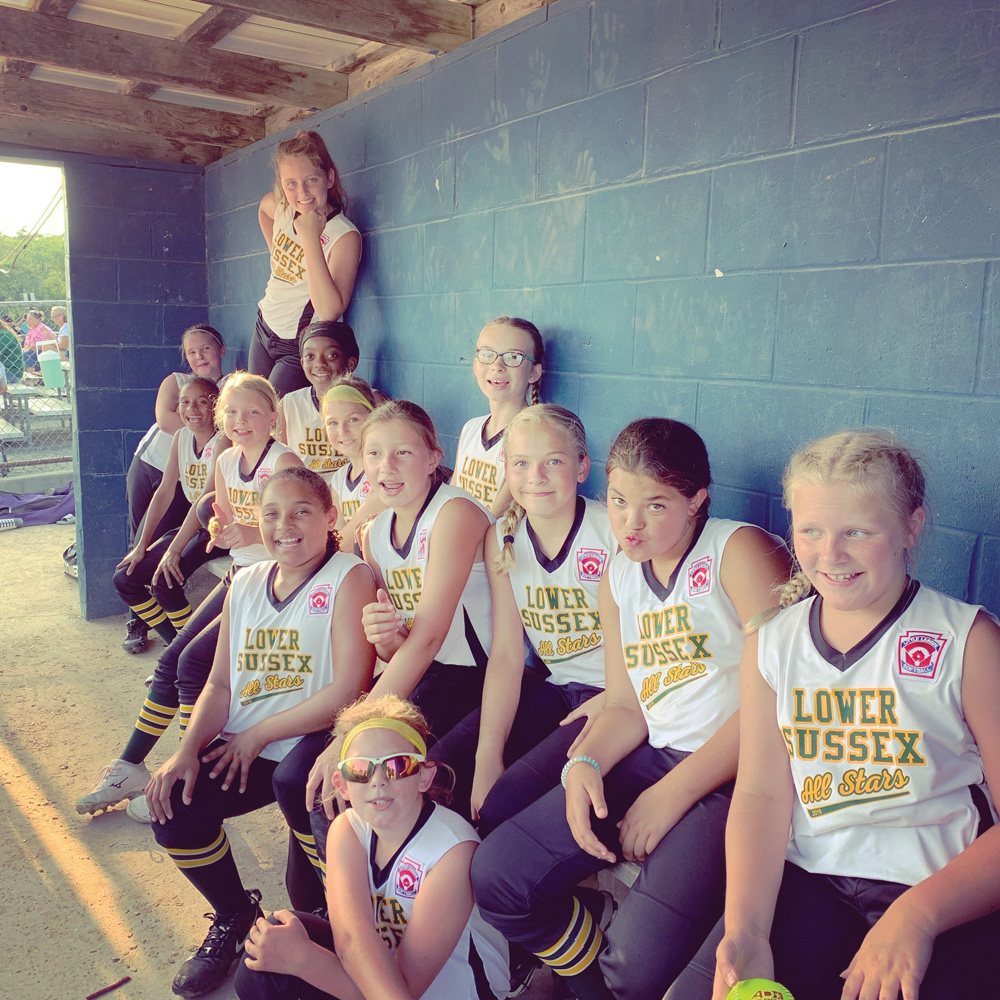 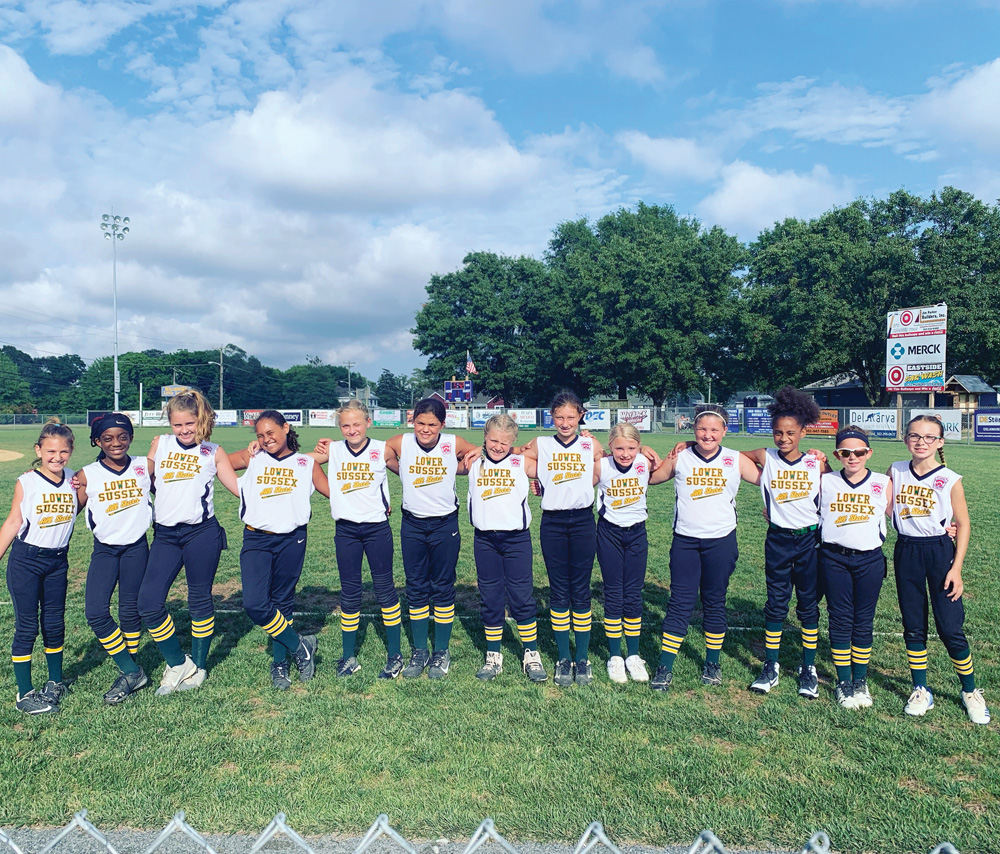 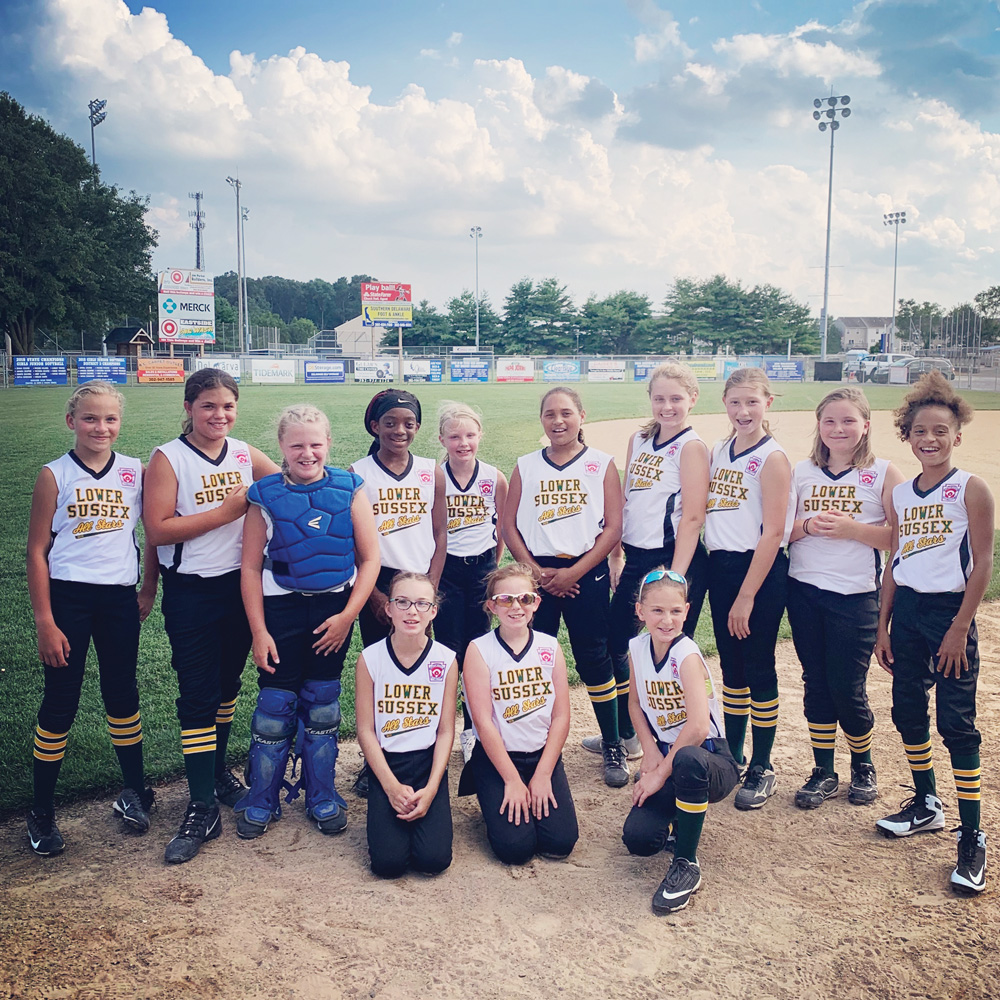 The Lower Sussex Little League Minors softball team has been on quite the tear to start their postseason run through the District 3 double-elimination bracket.

The LSLL girls on Tuesday, July 9, won their first two games to advance to the winner’s bracket final against Georgetown. It was another stellar pitching performance in the circle for LSLL as they cruised to a 12-1 win to advance to the championship run, set for Thursday, July 11.

“It’s been a huge honor to coach these ladies,” manager Jesse Bare said following Tuesday night’s win. “They have come from different Little League teams and have quickly learned how to play together. Most importantly, they have bonded and are excited for their teammates, who have become their friends. That is what Little League is all about.”

In the circle, LSLL allowed just one hit through its first three games. Lewis has led the way, with nine innings pitched. She has struck out 28, while allowing no hits. Williamson has fired four innings of hitless ball with eight strikeouts. Bare has tossed one inning, allowing a hit to go along with a strikeout. The defense has also been stellar, committing just two errors.

At the plate, the LSLL squad is averaging 10 hits per game thus far. Williamson has recorded a pair of triples and four RBIs. Lewis has collected a team-high eight hits, while Costango has added four hits to the offensive effort. Bare and Conaway each banged out three hits, with Bare adding three RBIs to her stat line.

The local girls started things off on Saturday, July 6, with a 16-1 pounding of the Lewes-Rehoboth entry, which was called after three innings, due to the mercy rule.

Bare is assisted by Jeff Bowen and Frank Costango for the Green-and-Gold.

The results from the championship-round game will be available on the Coastal Point sports Facebook page, since the game is being played after Coastal Point press time.