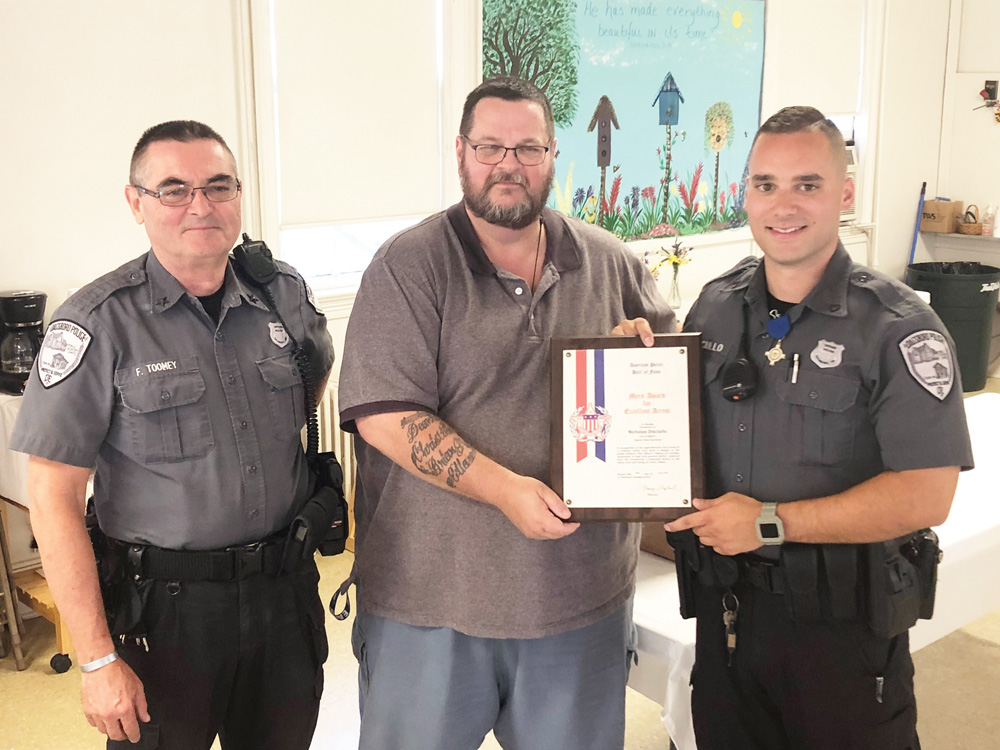 The Dagsboro Police Department’s LCpl. Nicholas Disciullo received a merit award, and the council decided on the Town’s next chief of police, at the Dagsboro Town Council meeting on July 15.

Disciullo was recognized after making an arrest in the town, which officials said benefitted the Dagsboro common-good, through the removal of a potential threat in the community. He was honored for his courage, ability and dedication to his job. He was given a plaque from the American Police Hall of Fame.

Retirement among the town’s police force was also a topic of discussion at the meeting.

The council addressed the impending retirement of Police Chief Floyd Toomey. Council members said his successor, selected from among five candidates, will be Lt. Steven Flood, currently part of the Seaford Police Department.

Flood has served the Seaford community for the entirety of his 20 years of service. Currently, he is in charge of that police department’s criminal investigation division. Flood will start in Dagsboro on Aug. 5.

Toomey’s last day will be Friday, Aug. 23. After 10 years in the U.S. Army, time in the National Guard and 32 years in law enforcement, he will transition to working in the Indian River School District, at Phillip Showell Elementary School in Selbyville, in a school safety role.

DPD Staff Sgt. Harry Litten also announced his impending retirement at the July 15 meeting. Litten has been with the Dagsboro police force for 12 years. His last day will be Sept. 27.