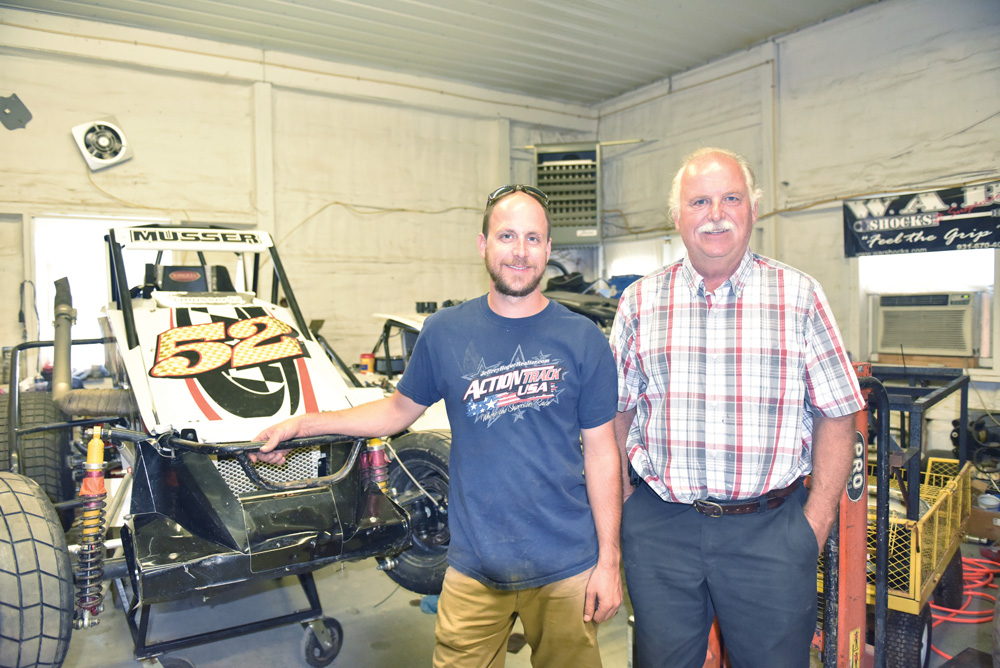 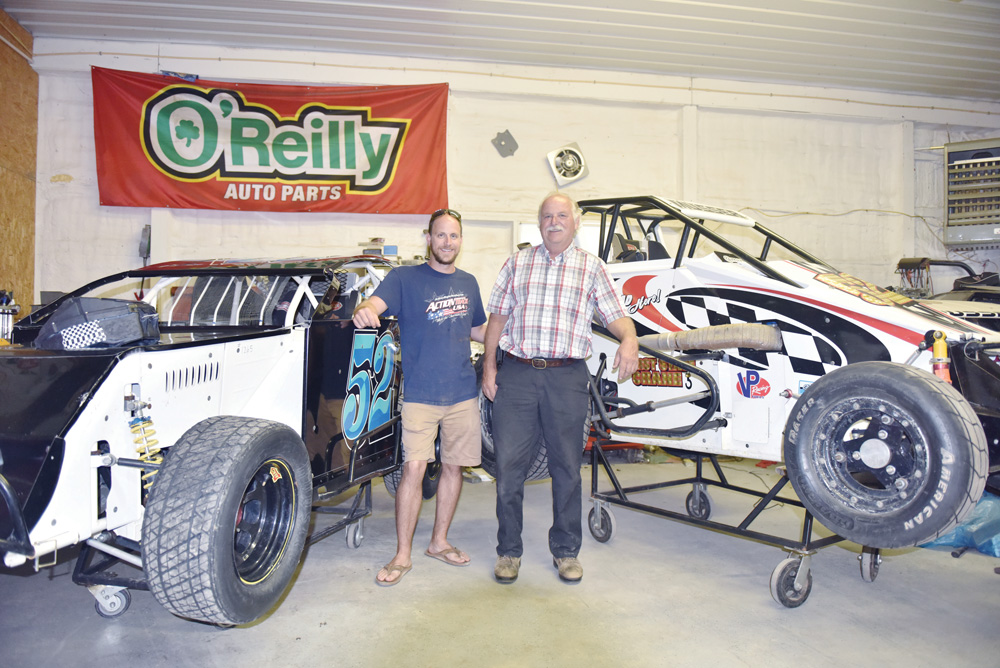 The senior Musser is a legend among regional racers and nationally known for his work with racing innovator Walt Breeding racing “Dwarf Race Cars,” and for working with Breeding and others from around the country to form a national Dwarf Car racing series in the late 1980s.

The first Dwarf Car was built in 1965 by Ernie Adams of Harvard, Neb. Some 14 years later, Adams built and raced two race-specific Dwarf Racing Cars. The craze caught on with a few racers in pockets around the country.

Now known as a Mod Lite, the 5/8-scale race craft resembles a Northeast Dirt Modified. Powered by a 190- to 200-hp, 1,000-cc Stock 16-valve motorcycle-engine, the cars are capable of reaching 160mph on mile-long dirt tracks.

“I won two, came in second twice, and finished 12th last time,” he said of his local Mod Lite season thus far. ”Last time I was out, I wrecked it.”

The year 1965 is also the year Calvin Musser convinced his own father he wanted to race. Although reluctant at first, Calvins II and III began racing karts. Calvin III admitted that it was after his first race that he knew it was something he would do all of his life.

Calvin III and his father raced go-karts at all of the local tracks. They raced at Seaford Speedway, Mardela Springs (Md.) Speedway, Milford Go-Kart Track and others throughout the region and beyond.

Following in his father’s tire tracks, Jason Musser began racing on the same local dirt tracks his father had raced many years ago.

“I mainly go to the go-kart tracks to see my buddies,” he admitted. “My current focus is racing Mod Lite and SpeedSTR cars.”

All SpeedSTR cars are Spec cars, meaning the cars and parts must all be purchased through or approved by Tobias.

Several years ago, Calvin Musser III purchased two SpeedSTRs — one for each of his sons. Their plan was to race them mainly at a new racetrack scheduled to open near Felton, which was a short drive north from their Laurel-based shop. When that deal fell through, the Mussers had only one choice: go to where they raced SpeedSTR.

That meant traveling to places in New Jersey, such as Atlantic City and Trenton, to Pennsylvania tracks in Allentown and the Action-Track USA loop at Kutztown Fairground, or the New York track at Susquehanna in York Haven. All were farther from their shop in Laurel.

“It’s fun,” Jason Musser said of the time he and his father get to spend together on the road and in the shop. ”We get to know each other a lot better, and what to do to the cars, and what to experience in different ways, and grow our relationship, whether good or bad.”

“It’s rewarding seeing how he’s progressed over the years,” Calvin Musser III described. ”He’s become a real racer. It’s been a family affair for all of his life. His brother raced with us for many years. So it’s been a family affair ever since they were born. I’ve raced for 54 years, and they started when they were 14 years old, racing go-karts.”

A race-ready No. 5 SpeedSTR car is in the shop waiting for the other brother to rejoin Team Musser Racing.