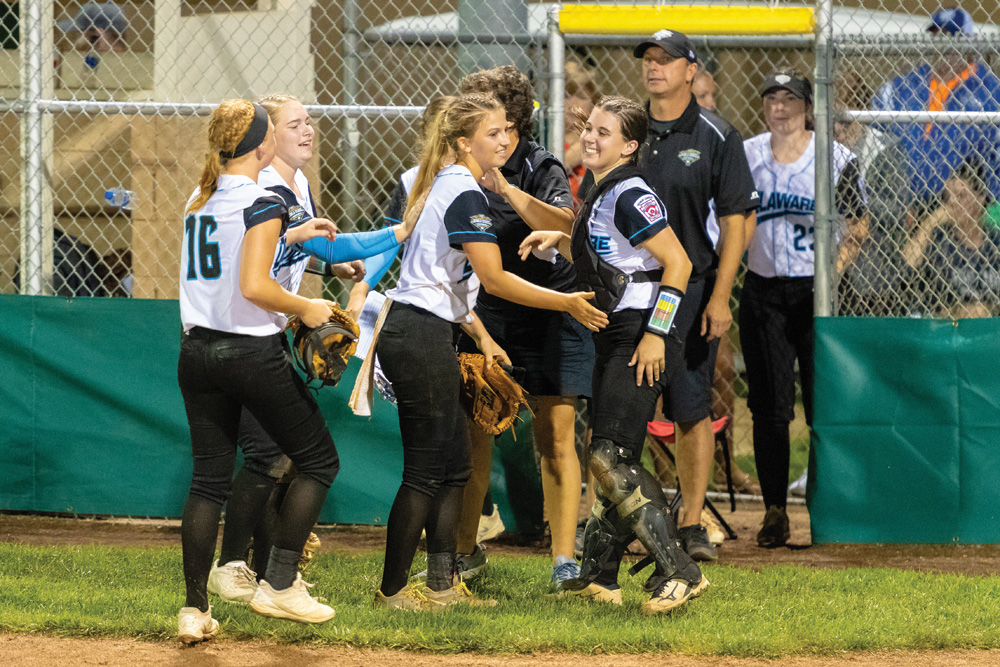 For more than 15 years, the Lower Sussex Little League Complex and the Pyle Center has been the home for the Little League Senior League Softball World Series, and the international showcase will see its first pitch for 2019 this Monday, July 29.

A total of 10 teams from all across the world will descend upon Sussex County in hopes of taking home the World Series championship after a week of competition that ends on Sunday, Aug. 4.

As of Coastal Point press time on Wednesday, July 24, the identities of just four of the teams were known.

Only one of the six United States teams had locked in its berth — the Southeast region champion Florence Little League from Florence, S.C. District 3 of Delaware was still awaiting the crowning of its champion — and automatic World Series qualifier — with its best-of-three series taking place Wednesday, July 24.

The other United States entries still to be determined were from the Central, East, Southwest and West.

Three of the four international representatives have been decided.

The Bulacan Little League from San Miguel in the Philippines will represent the Asia-Pacific region. The South West Thunders from Rotterdam/The Hague of the Netherlands will represent Europe-Africa. The third team is representing Latin America, and they are Softball Femenino de Coamo Little League in Coamo, Puerto Rico.

Canada’s representative is the lone international team that is not known as of press time.

The series schedule kicks off on Monday, July 29, with Opening Ceremonies at 4:30 p.m., with Gov. John Carney in attendance.

Games will follow, starting at 6 p.m., when the East takes on the host from District 3, and the Southeast squares off with Canada. Then, at 8 p.m., the West will battle Central and Southwest will duke it out with Latin America.

The championship game will be aired on ESPN2 on Sunday, Aug. 4, at 2 p.m. All games will be featured on the ESPN+ app. Coverage of the Senior League Softball World Series will be heavily featured on the Coastal Point sports Facebook page throughout the tournament or special Homeplate sections coming out in next weeks’ edition.

As with any tournament of this magnitude, volunteers are paramount to its success, and the Lower Sussex organization said they would certainly appreciate any and all help over the course of the week. Any amount of time people can donate to help would go a long way to keeping things operating smoothly. To offer assistance, visit the volunteer tent at the Pyle Center, and someone there will put volunteers right to work.