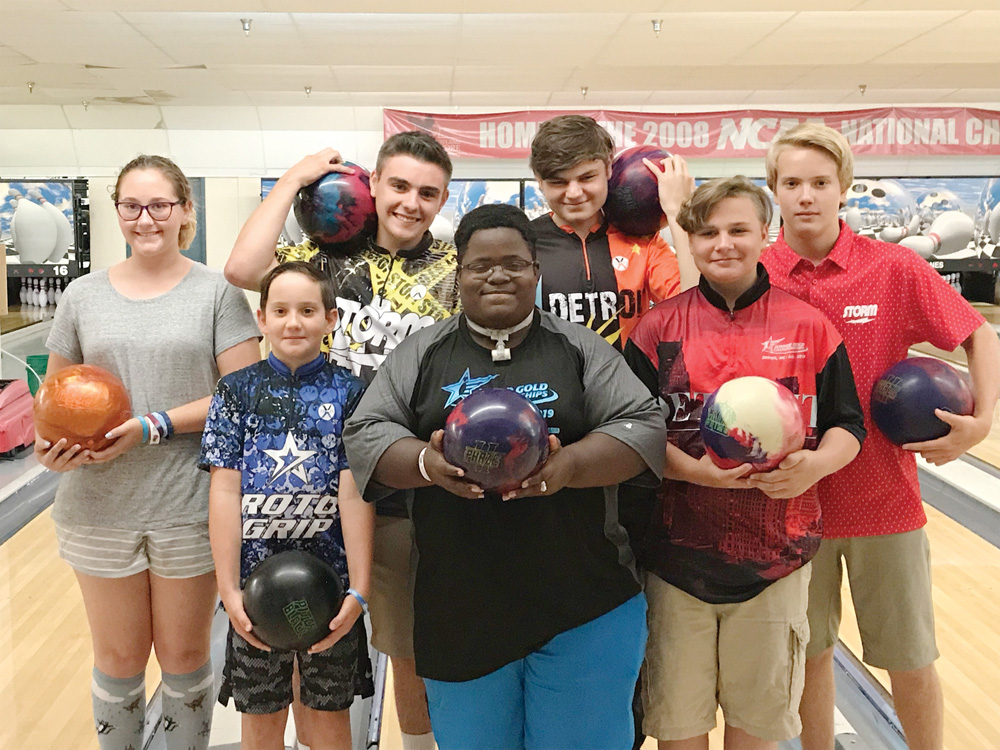 Local youth bowlers recently returned from their trip out to Detroit, Mich., where they participated in the 2019 USBC Junior Gold championships, and several had some impressive performances.

“This is the most we’ve ever sent,” said Millsboro Lanes manager Jessica Dalton. “This is the group we’ve put the most effort into. We saw how many kids we had that were going, and how many were interested, and then we invested a lot more time to match what they were willing to give. These kids put in a lot of practice. They were practicing two times a week from April until when they left.

“We put out what’s called ‘sport patterns,’ which is the conditions on the lanes,” she added. “It’s designed to make them more challenging, and we didn’t want to see any of our kids go out there and drown. We wanted to invest time and energy to see them go out and do well, and they all did fantastically.”

The top four finishers amongst the 10 locals who participated were Megan Busche, Frank Bunting IV, Jacob Wilson and Sydney Hollinger.

Busche, participating in the 12U division, finished 11th out of 134 bowlers making the first cut, while bowling in the advancers round. She also received recognition for “Epic Swag” in the bowler’s choice awards.

“I had more experience this year,” said Busche, who is going into eighth grade, and was a participant in the Junior Gold in 2018. “I did pretty good. I finished 11 out of 134 bowlers. There was a lot more people this year. I’ve already qualified for next year, but I will be in a different division. We had a lot of fun and got to go over to Canada.”

Frank Bunting IV is a 15-year-old who will be starting his sophomore year at Indian River High School this coming year. He finished in the top 18 percent with his efforts in Detroit — 128th out of 717 — in the 15U Division.

“It could have went a lot better, but I had a good time,” said Bunting of his first ever trip to Junior Golds. “I did what I had to do, and threw good shots. I just couldn’t knock them all down, basically.”

Jacob Wilson also posted an impressive performance in the U18 Division, finishing 179th out of 808 total bowlers, which was good for a finish in the top 22 percent. He will be heading into his sophomore year at Delaware Tech.

“I did alright some days, but I did finish 179 out of over 800 bowlers, so that’s pretty good,” Wilson said of his performance, which was his first time ever at the national competition. “I already qualified for next year, which is in [Las] Vegas. Before this tournament, I went over to a tournament over in Maryland, and they had a pod for qualifying. I was the highest finisher, so I got a paid trip to Vegas next year.”

Sydney Hollinger, a 17-year-old senior at Cape Henlopen High School, came home with a top 34 percent finish in the U18 Division, wrapping up 152nd out of 446.

Another frame: Millsboro Lanes will open its registration for the upcoming youth fall leagues on Aug. 24 from 10 a.m. to 1 p.m. at the lanes located at 213 Mitchell Lane in Millsboro. They will also be hosting a Pro-Am on Sept. 20 and a PBA Regional on Sept. 21-22.