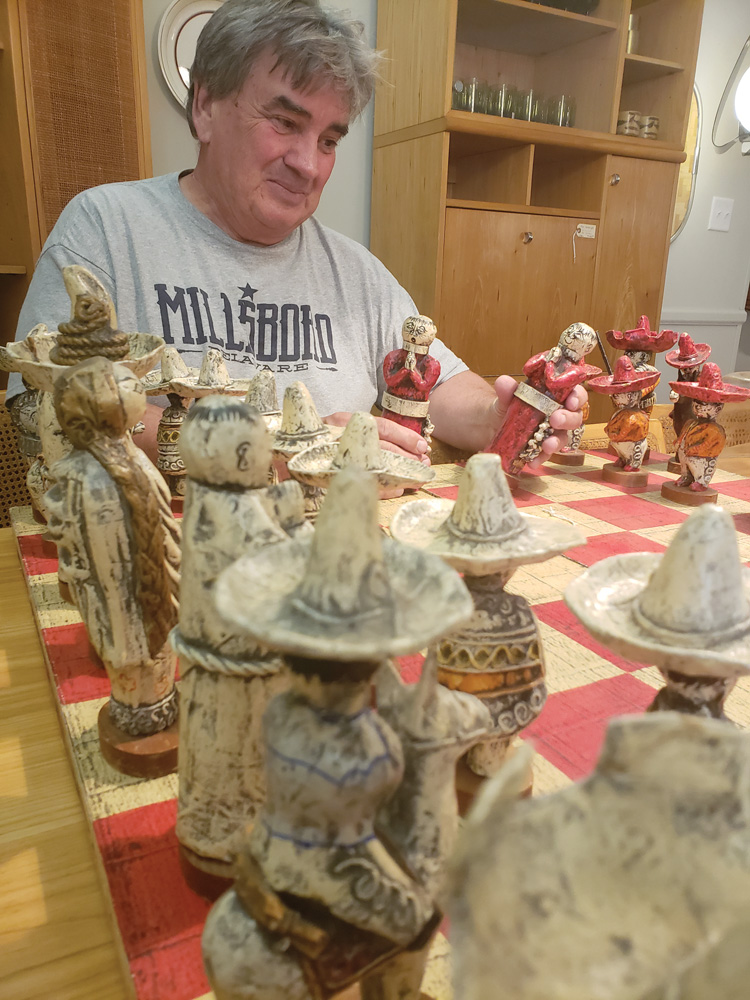 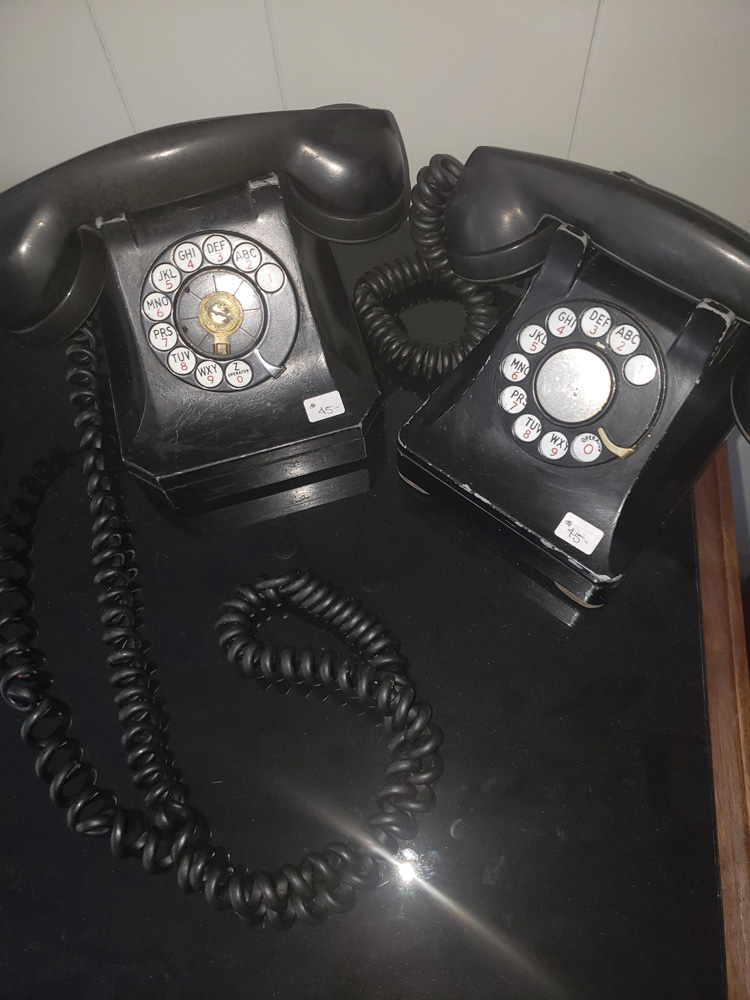 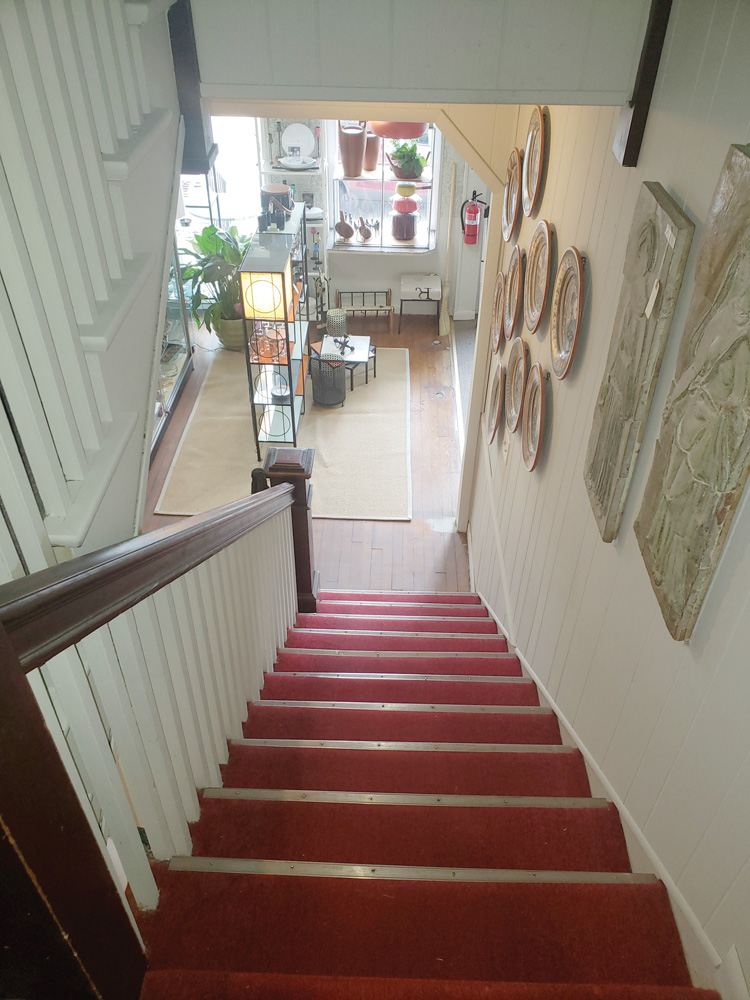 There doesn’t seem to be a single item in Bill Meisch’s store, House of Modern Living in downtown Millsboro, that he doesn’t know details about.

In a friendly and conversational way, he tells customers about the finds at 238 Main Street, former location of the Millsboro Bazaar, imparting information related to the style and designers of the toys, chairs, sculptures, tables, lighting fixtures and framed works of art in his business.

“The people here in Millsboro are terrific. They have all been intrigued by the store, which is a good thing. They ask questions, and I tell them about a certain piece. You have to educate people,” Meisch said one recent Saturday afternoon. He was dressed casually in shorts and a gray Millsboro T-shirt he found at the nearby Dollar General. He calls it his “uniform.”

“Some people are so happy I have Danish furniture here,” he said, offering a guest a chair and explaining there was a Scandinavian store in Maryland that some customers liked, and they wanted a place where they could find additional pieces. Danish furniture is often made of teak and crafted in Denmark, with clean, simple lines and exposed wood grain, he said.

Open about two months, House of Modern Living is described on its website as carrying “mid-century and Danish design 1950s to 1970s furniture, lighting and more [with a] large selection of vintage Dansk products.”

Composed of enameled steel, Dansk cookware was designed in 1956 by Danish sculptor Jens Harald Quistgaard and is said to be quickly recognizable by its three-point handles and lids that can also be used as trivets.

“One girl wanted the same pot she saw on a TV cooking show because the host of the show was using it. She even wanted the same color. She was so happy I had it,” Meisch said, motioning to a display in the window.

A native of Asbury Park, N.J., Meisch looked at the former bank building on Main Street when he decided to open in downtown Millsboro but found it much too small for his shop. It is now the restaurant Plate & Palate.

But the former Millsboro Bazaar was going out of business. The building was available, and its 6,000 square feet had enough space for his collection, so he bought it.

“The owner of Millsboro Bazaar had a lot of jewelry and clothing from the 1950s and 1960s and some Victorian clothing and other styles. He had some very interesting stuff. Let’s say you collected poodles. He had a box with poodle jewelry in it. He was very well-organized,” Meisch said.

Shoppers can also find clocks, paintings and home goods, while Meisch’s inventory is items from the 1950s, 1960s and 1970s.

Included are old black rotary telephones with all the wires attached and a rocking horse with a large knob at the top representing the horse’s head and simple curves for the body.

“This was made by Creative Playthings in Princeton, N.Y., in the 1960s. It’s a great example of ’60s design. It’s steam-bent plywood with a pine ball,” he explained.

A striking, handmade, paper mache chess set is on display on one table. Made by Pedro Hernandez Cruz, facial features on each piece are drawn with what appears to be a fine-tip black marker. Meisch said he is particularly fond of the priest with a sinister look on its face.

A large chandelier from the 1960s has colorful, individual squares of glass with astrological signs and other symbols on each. Costing $1,500, it would be up to three times as expensive, but one block is missing and it needs to be rewired.

“It’s considered a brutalist design. It’s a rough, industrial fixture. Somebody could have it over a dining room table. If you had a white table with white place settings, this is all you would need to complete it. Things like this rekindle people’s memories,” he said.

There’s a sculpture made of materials including driftwood called “House at Red Ball.” Meisch bought it at a local antique shop and learned it was crafted by Millsboro artist Ranftle Read, who now lives in upstate New York. Danish-modern Don Shoemaker salt and pepper shakers, made of rosewood, are in the soft, rounded shape of two polar bears side by side, and the 1910 mission furniture set has a settee, rocker and chair, all stuffed with horse hair.

Protected under glass is a set of salt and pepper shakers shaped like each of the 50 states.

The store is an interesting place to visit and shop, especially since Meisch, a pleasant man with a quick smile, has a relaxed style of letting customers browse and not following them unless they have call to him with questions.

His building — once a funeral home, and most recently Melson’s — has two floors and a basement, plus two garages. It is filled with much of Meisch’s furniture, purchased from estate sales and private sales. More is in storage or at his home, where favorites are admired daily.

An Edmond Spence credenza is dear to him and highly valued. Made of blond wood with big drawer pulls, it was built around 1955 “and weighs a ton,” he said.

“A credenza was used to hide something away,” he said.

Always interested in furniture, he began refinishing and refurbishing years ago, while working a full-time job. Laid off in the mid-1980s, he gave the furniture business his full attention.

“When I was growing up, my family had no interest in style whatsoever. They had Colonial. I found a great pair of chairs on the street. They were dark purple velvet Hollywood chairs. I took them home. I did remove the fringe from the bottom, but that’s all I did to them,” he said.

His parents didn’t say much, just warned him not to bring insects into the house.

“Then, I found a pair of gentlemen’s chests, and I started to put a room together — a little bit here and there,” he said.