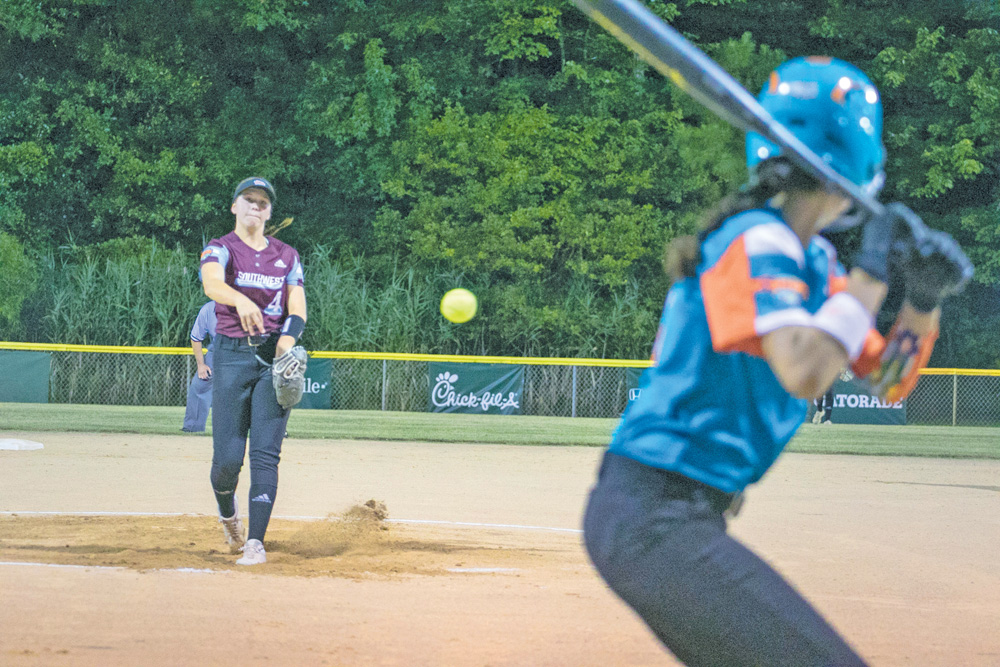 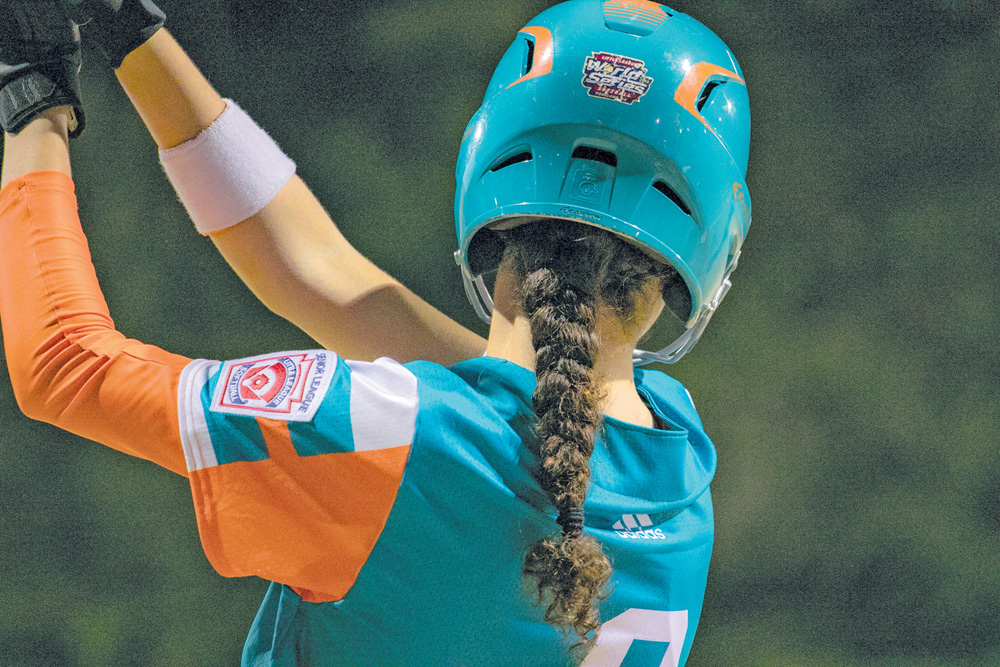 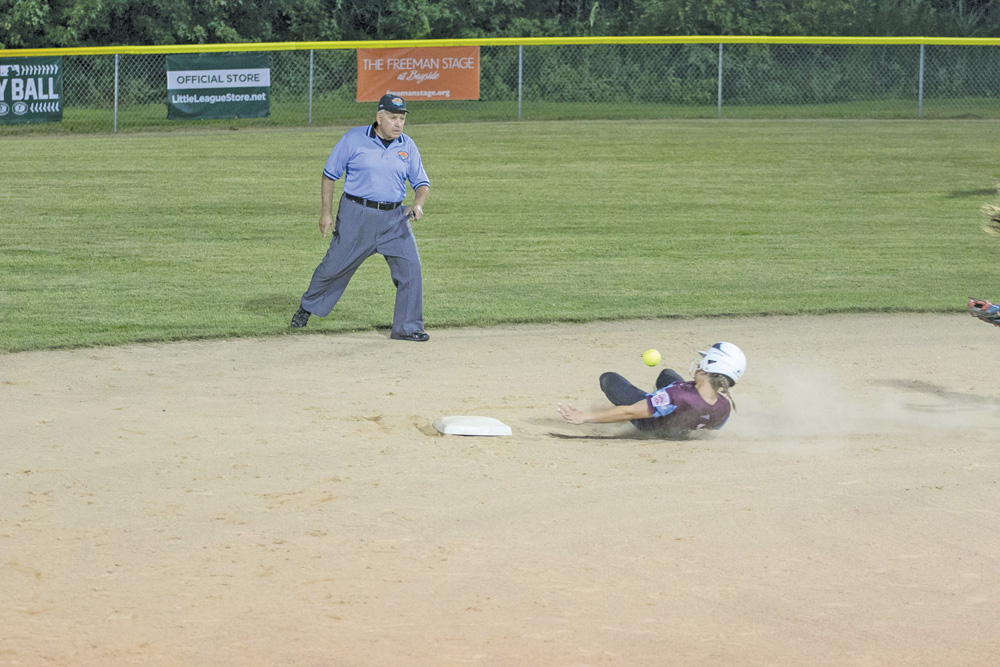 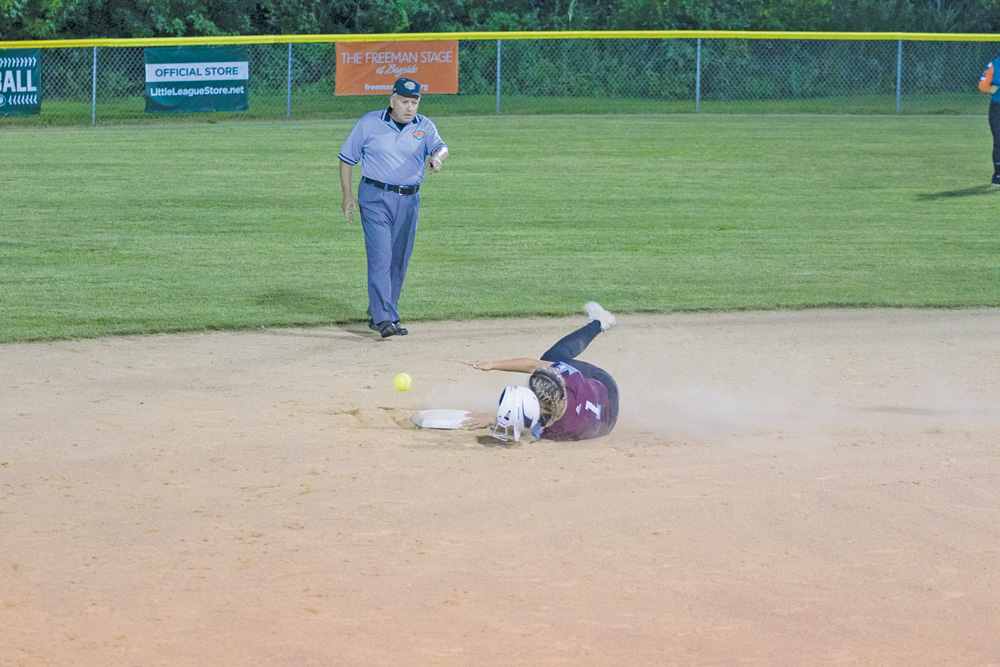 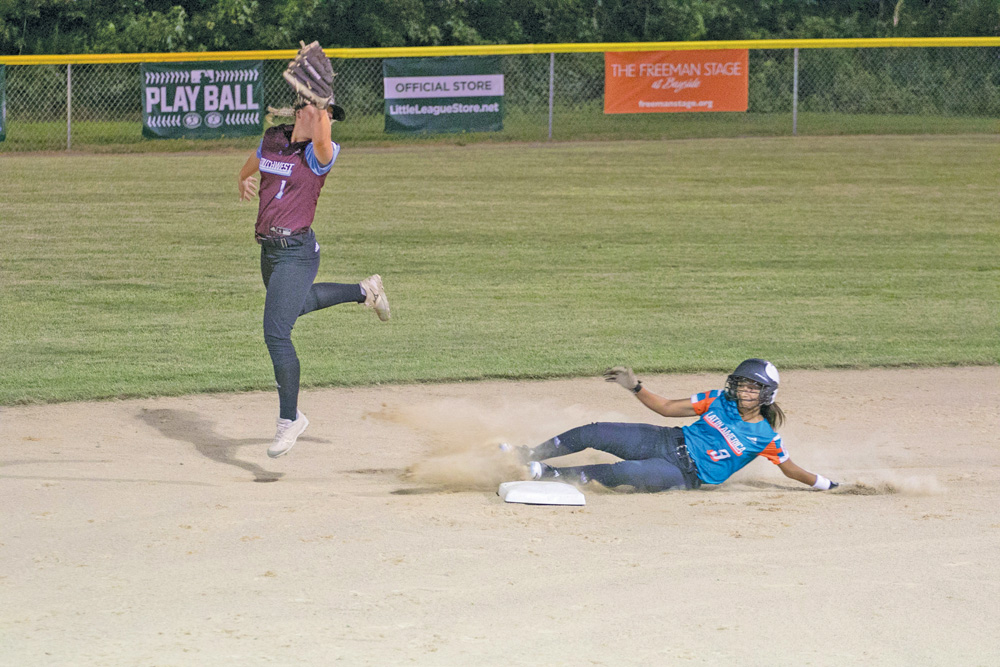 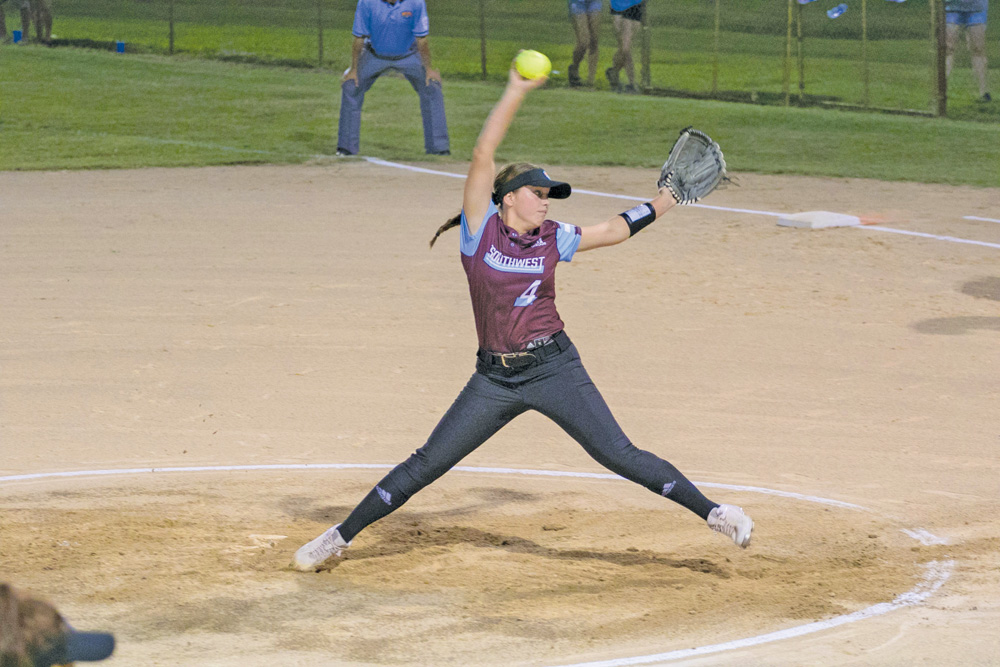 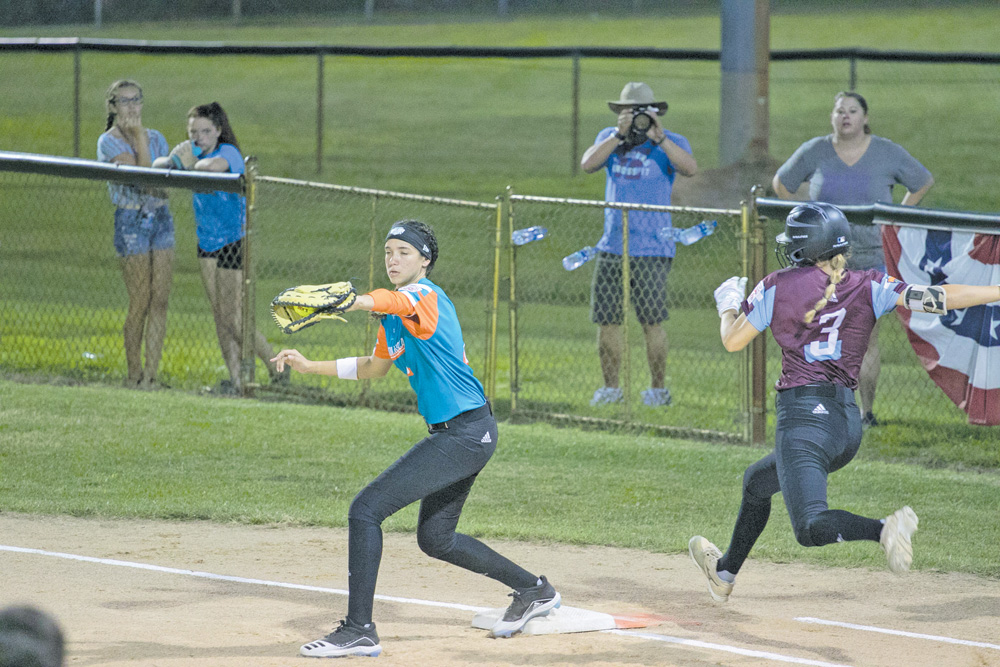 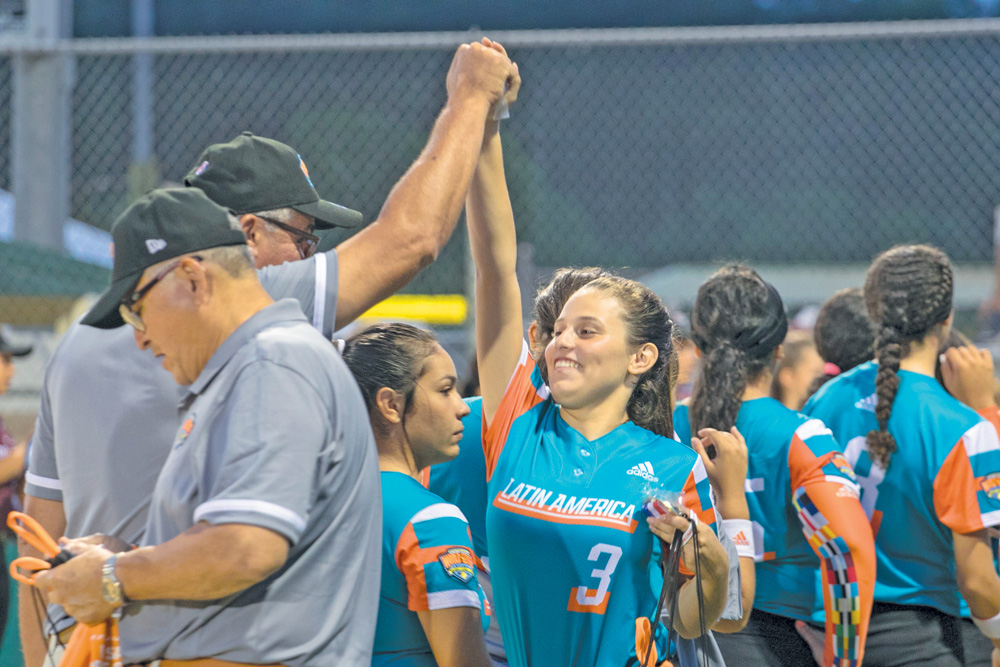 USA Southwest scored in each of the last six innings of their opening-night matchup in the Senior League Softball World Series against Latin America on Monday, July 29, leading to a 14-3 win.

After both teams notched a scoreless opening inning, Southwest (Waco, Texas) looked to get on the board in a big way when Beronica DeLosRios blasted a pitch from Kamilia Guzman-Colon far over the fence in left field, but it was ruled foul. She later grounded out, but Kennedy Cox followed with a hard double to right. Following a wild pitch, Brighton Bain singled home Cox to give Southwest a 1-0 lead.

Latin America tried to respond in their half of the second when Natalia Colon-Rodriguez hit a two-out double, but Southwest pitcher Kennedy Parker got out of trouble and kept the score at 1-0.

Things got a little wild in the third.

Brienna Hapenney led things off with a single and moved to second on a single by Jordyne Reese. Hannah Sterriker walked to load the bases, and Hannah Boettcher knocked in Hapenney with a sacrifice fly. DeLosRios then knocked in Reese with a double to push the lead to 3-0, and two more runs came across as the result of groundouts, giving Southwest a 5-0 lead after their half of the third.

Latin America took away much of that breathing room in the bottom of the inning. Alondra Diana Vazquez-Vega led off with a walk, and Joanelis Santiago-Perez got hit by a pitch from Parker.

Joycemarie Fernandez-Rodriguez then blasted a three-run homerun to center, narrowing the Southwest lead to 5-3. Wilmarie Rodriguez-Quinones followed her with a double, and the Latin America (Coamo, Puerto Rico) team looked to add to the damage. But Parker was able to bear down and get the last two outs to put a stop to the rally.

Southwest inched their lead further ahead, picking up a run in each of the fourth, fifth and sixth innings, getting back out to another five-run lead, 8-3.

And then they had one final explosion in the top of the seventh to put the game on ice.

Two Latin America errors put runners on to start the inning, and Daniella Ramirez knocked one in with a single. Sterriker also knocked in a run with another single, and through a series of errors and a hit-by-pitch, Southwest plated six runs to extend their lead to 14-3.

Kamilia Guzman-Colon went the distance on the mound for Latin America, yielding seven earned runs on 11 hits and striking out two.