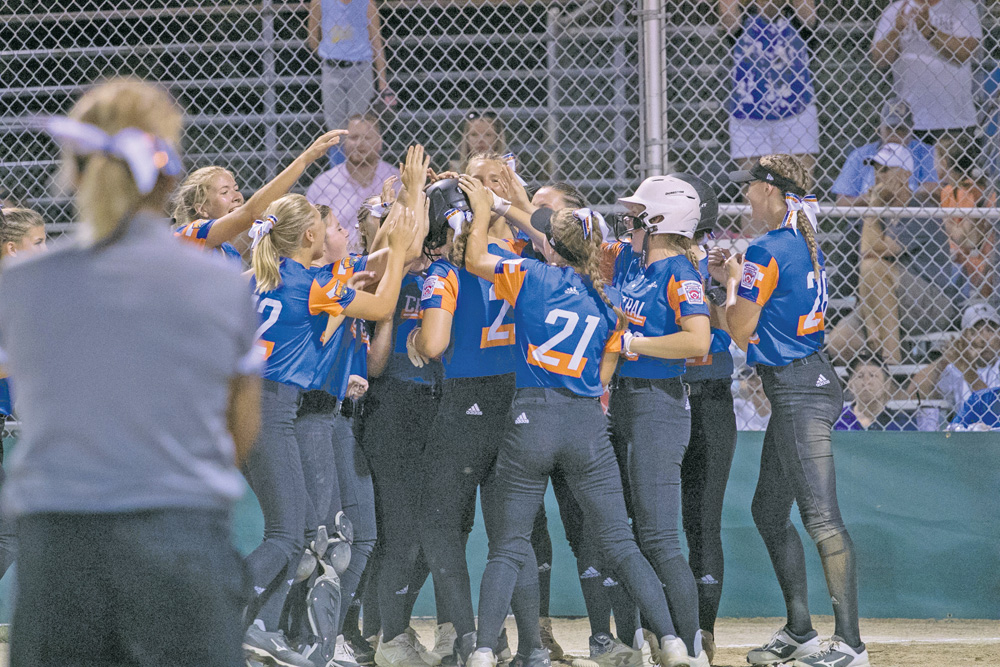 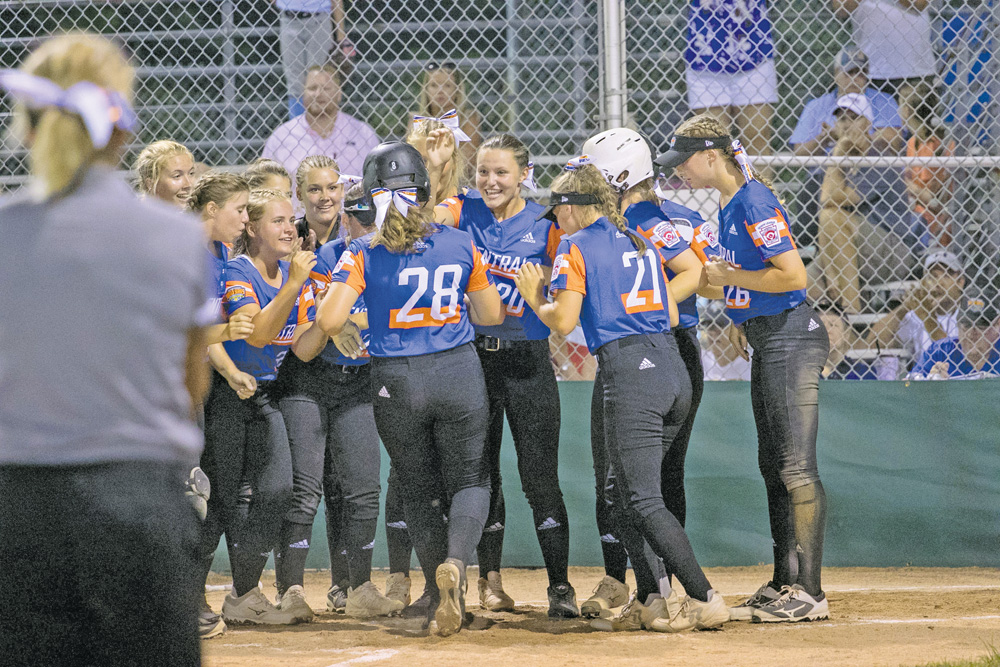 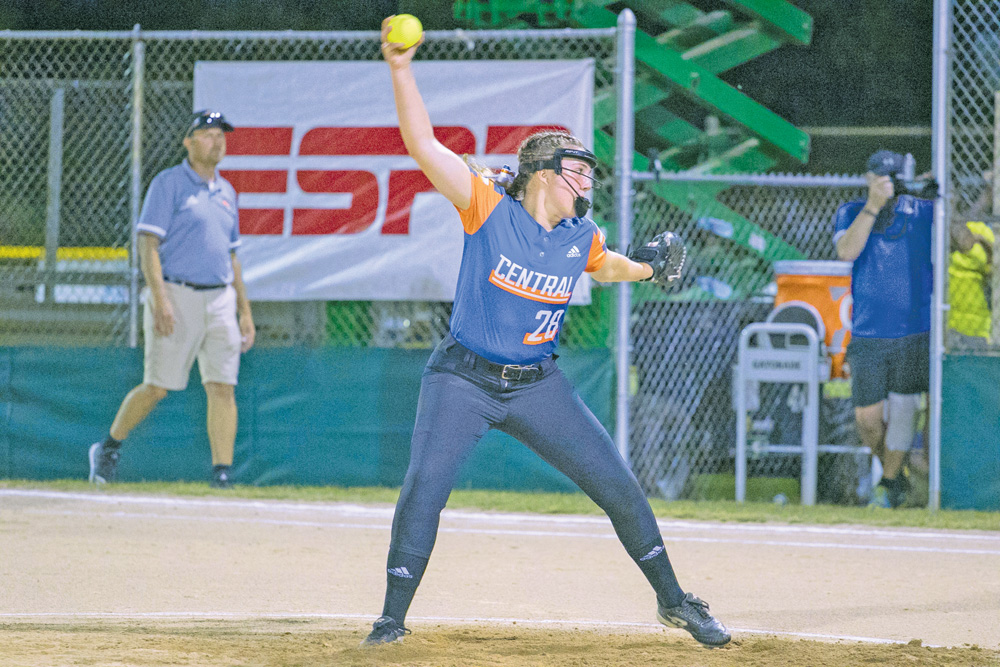 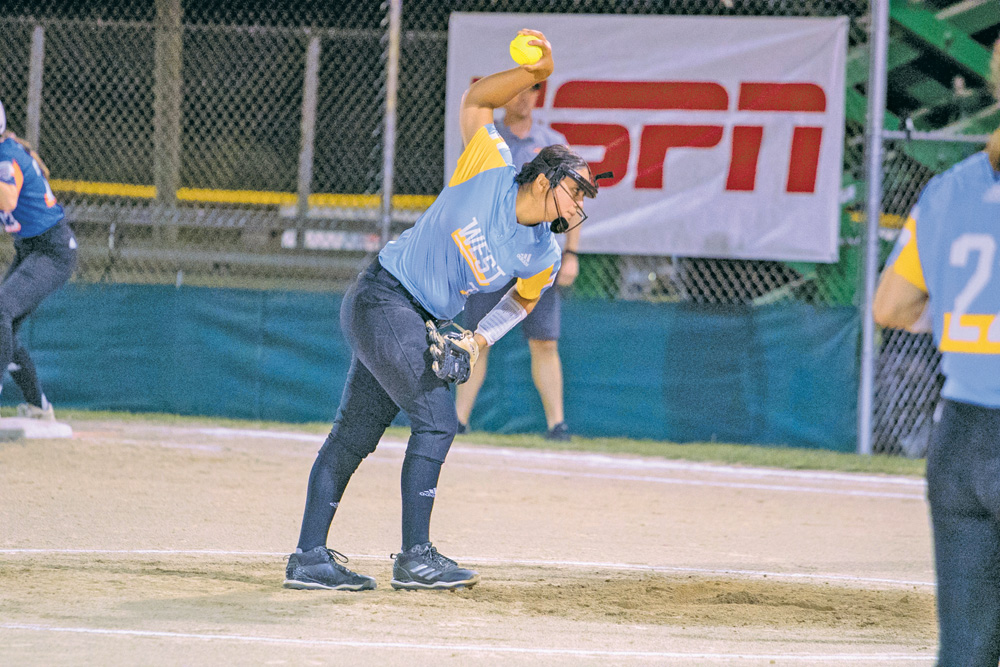 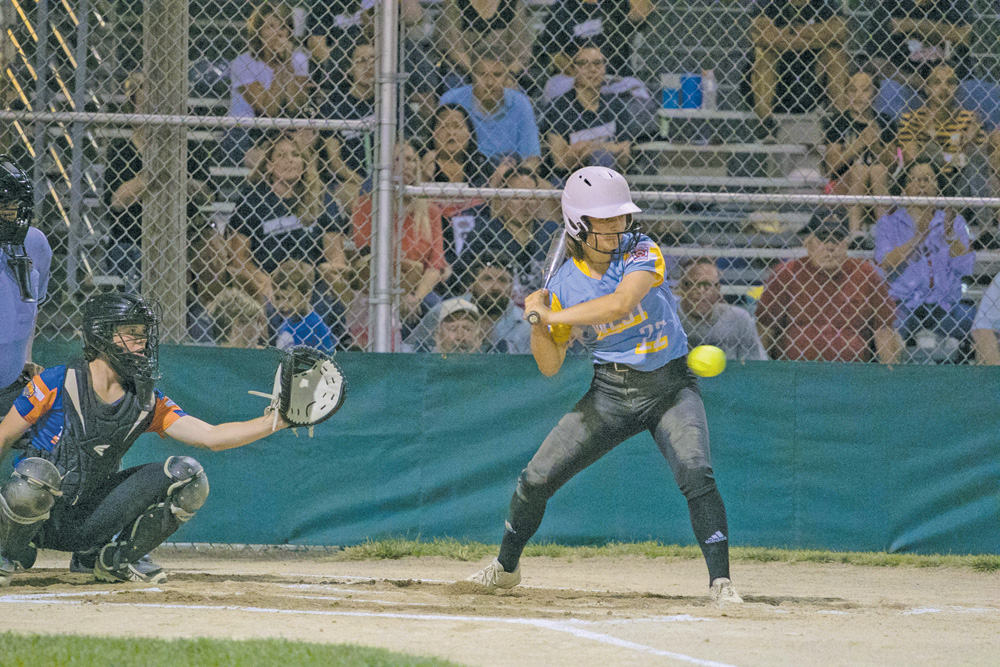 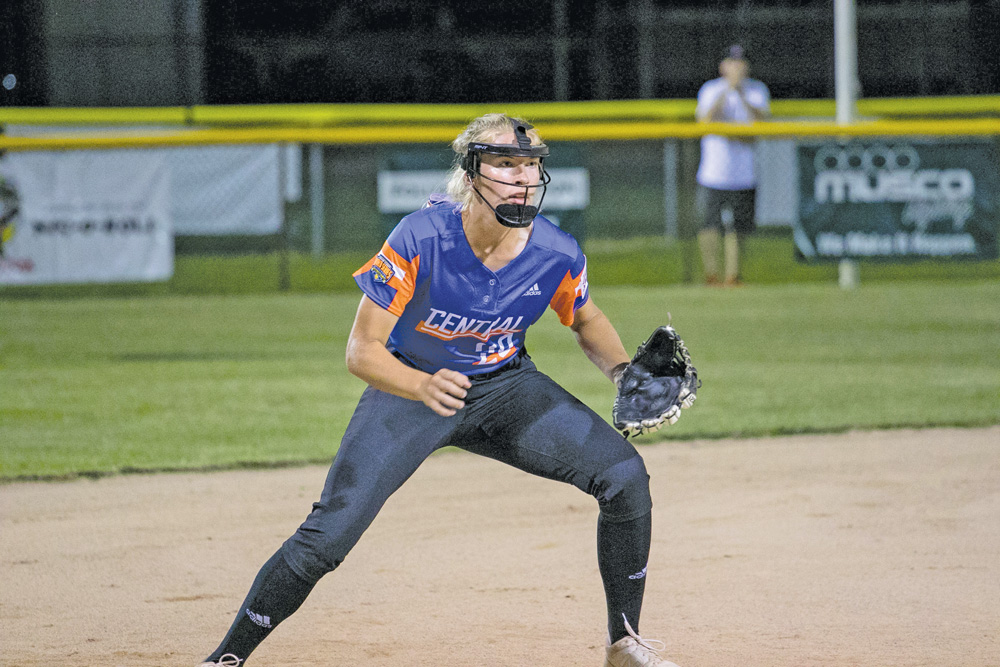 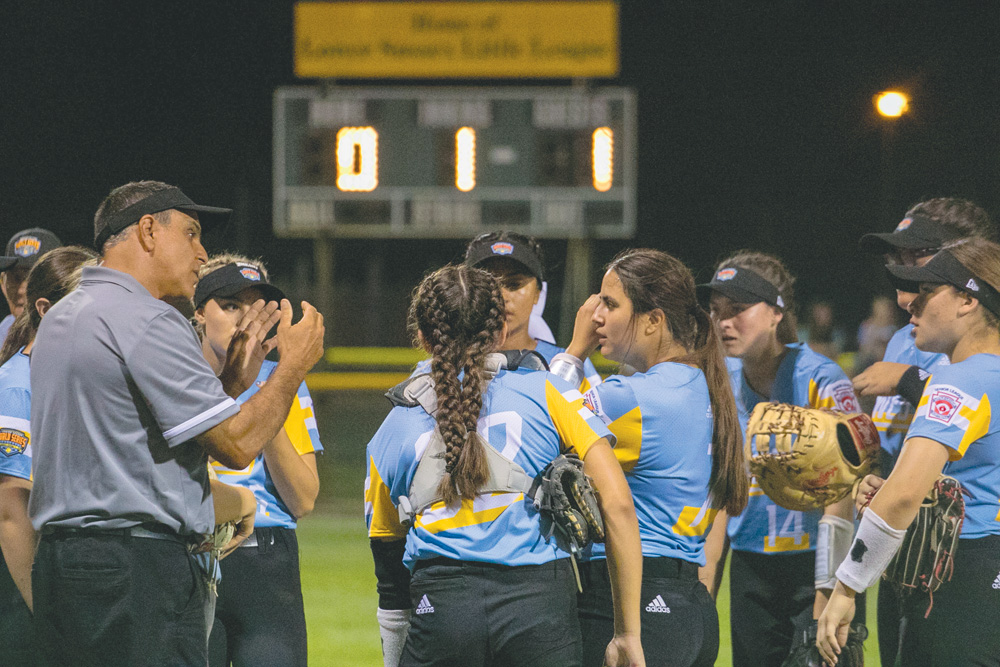 Central slides past West in opener

In the end, the West just couldn’t hold on to their early lead, and the Central team capitalized on a four-run offensive burst in the fifth inning for the 7-6 win in both team’s Little League Senior Softball World Series opener.

Sydney Carr was a perfect 3-for-3 at the plate for the Central reps. Courtney Hardin also turned in a multiple-hit performance with a 2-for-3 effort, which included two runs scored and an RBI.

After Central scored a run in the top of the first, West responded with a three-spot to take an early lead. Ann Buffolino singled with two outs, and Meli Orozco followed with a walk to set the stage for Gigi Garcia’s deep blast over the left-centerfield fence.

Garcia finished the game 2-for-3 with the three RBIs and two runs scored. Lily Stell was 2-for-4, with a home run as well.

The West team, from Burbank, Calif., scored two more in the fourth, thanks to a bases-loaded walk and a sacrifice fly from Victorina Sanchez.

The 5-2 lead was short-lived, as Central responded to take the lead for good when they plated four runs in the top of the fifth inning. Peyton Perrin walked to lead off the inning, then Jessica Dobias was hit by a pitch. Lauren Schwallier tried to bunt them over but wound up reaching on an error that also scored Perrin.

Courtney Hardin followed with a single to load the bases. Dobias scored on a fielder’s choice by Ashley Strick. Schwallier came across on a dropped third-strike passed ball, and then Sydney Carr singled to make it 6-5 with Hardin scoring.

Central added a much-needed insurance run in the top of the seventh when Hardin stole home.

West tried to mount a comeback in the bottom of the seventh with Stell’s blast to center, but it was not enough, as Central pitcher Alyssa Braam recorded the final out with a strikeout to end the game.