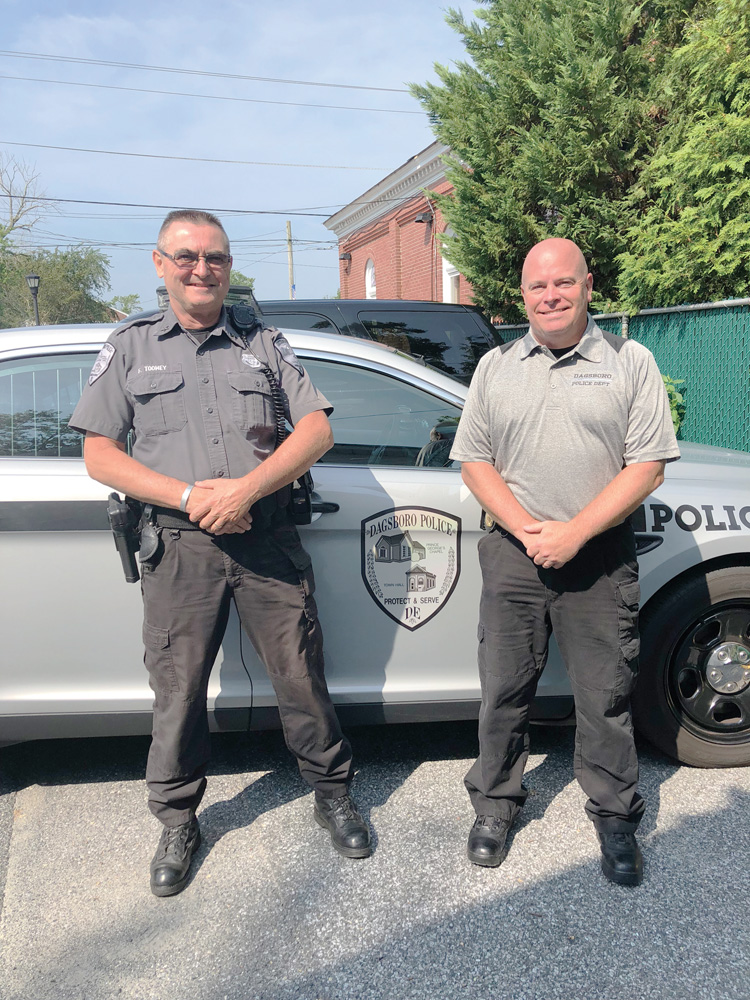 Former Seaford Police Department lieutenant Steven Flood began his work as Dagsboro police chief on Aug. 5. Flood will shadow outgoing Chief Floyd Toomey for two weeks, until Toomey leaves his position on Aug. 23. (Toomey won’t officially be deemed retired and off the Town payroll until Dec. 1, due to an accruement of time off.)

Over the course of the two weeks of transition, Toomey will show Flood the ropes of his job and familiarize him with the duties of chief and with the town of Dagsboro.

Toomey announced his retirement at the May 20 town council meeting. After an application and interview process, Flood was selected to fill the spot, with the official council vote coming after their July 15 meeting.

On Sept. 1, Toomey himself will transition and start training as a constable in the Indian River School District. In his new position at Phillip Showell Elementary School, Toomey will provide physical security to support the school.

Once Toomey leaves the department, Flood will assume the full function of chief, in both the law-enforcement and administrative duties of the role, and as a representative of the Town in the community. Flood said he plans to connect with the people of Dagsboro.

“In being chief, you have to connect with the community. To do this, I plan to just get out in the midst of it all,” Flood said.

Toomey said he is confident in the new chief, pointing out that he has the qualities, knowledge and experience garnered in his 20 years of law enforcement in Seaford. That, Toomey says, is exactly what the police department and the Town were looking for in a successor.