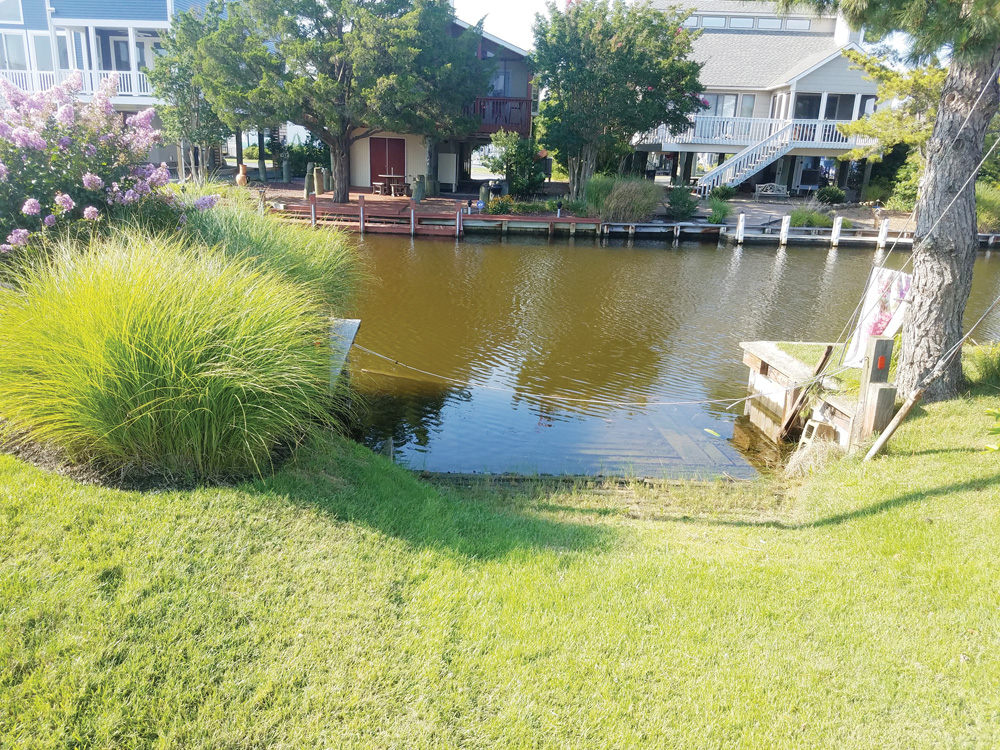 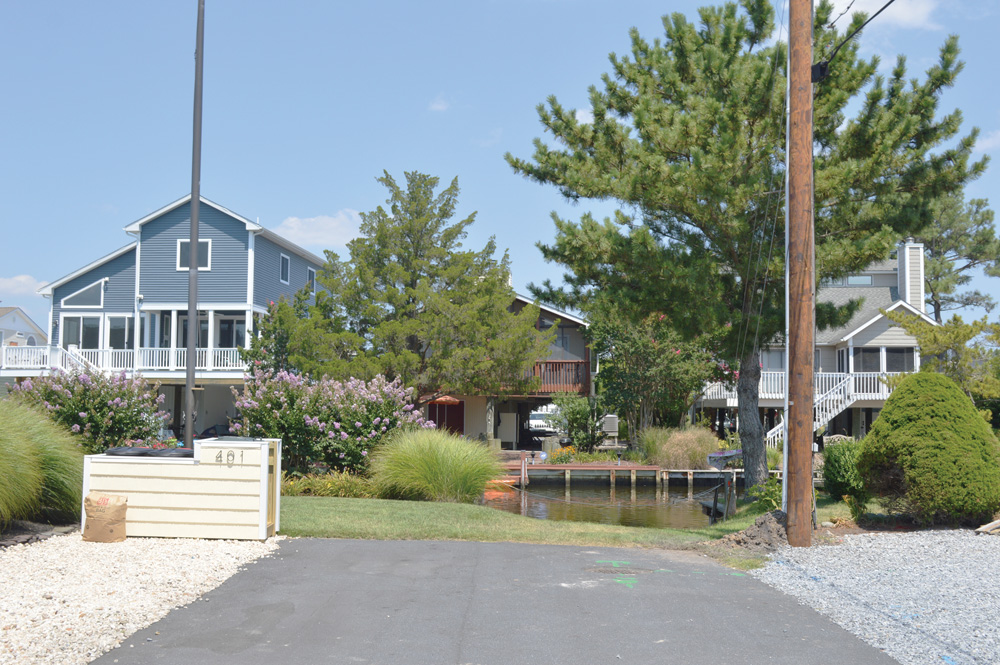 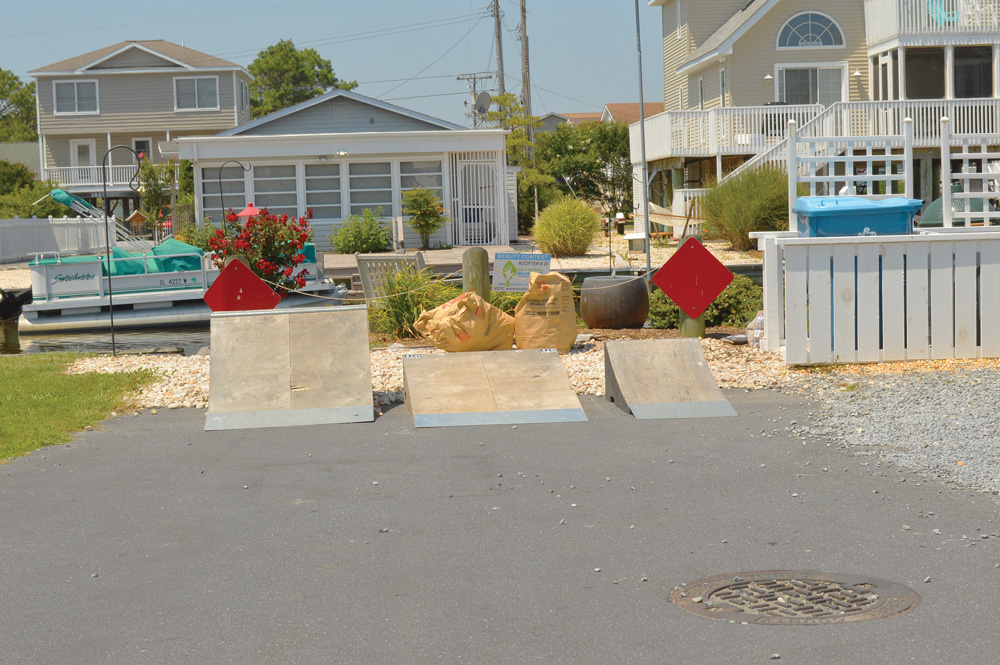 Searching for the right answers

After a local woman drove into and drowned in a South Bethany canal last month, some residents are demanding better safety precautions.

York Road has no signage indicating that it dead-ends roughly 8 meters from open water. The paved public road ends abruptly at private property: a smooth patch of grass, one or two car lengths long, that slopes straight into the water, where an underwater wooden boat ramp guides wheels — whether a boat trailer or a wayward car — downward into the water. The owner of the property has installed a cable to block access, but it won’t physically stop a moving vehicle.

“The Town should take immediate action to alleviate the lack of warning and dangerous conditions at this location,” resident Jack Whitney demanded at a South Bethany Town Council workshop on July 25

“The Town, by code, is obligated to provide safe conditions for the street. … The fact that we’ve done nothing, and there’s no consideration of this — please let’s do something about this,” Whitney pleaded.

The July accident was “the second such incident in 15 to 20 years at the same boat ramp,” Whitney said. “Previously, two persons were rescued from drowning in the canal after they drove their vehicle down this boat ramp from York Road,” he said.

“It seems unusual that neither the Town of South Bethany nor the boat ramp owner did [anything] to improve safety conditions at this location after the first incident,” Whitney said. “And it is even more troubling that there seems to be no consideration by either the Town or the property owner for taking any steps to improve safety to alleviate the dangerous conditions now.”

Whether the Town installs its own precautions or assists the property owners, both parties should act before anyone else perishes, he said.

Several council members said they agreed that that corner is particularly dark at night.

There was some question as to how to approach the situation, since the actual ramp is on private property, to the right of the street.

“You can’t always stop a vehicle. But you can warn a driver,” Whitney said.

“And that is clearly the Town’s responsibility,” said Council Member Dick Oliver.

York Road isn’t the only place in South Bethany where the road ends so abruptly at the water. But it’s possibly the least protected.

The right-hand lane leads directly to the ramp. It’s blocked by a cable, and there are two red reflectors, each a few inches tall. But one is slightly obscured by a utility line, while the other is completely blocked by an ornamental bush planted on the neighboring lot.

Because it’s an active boat ramp, a vehicle is meant to drive smoothly down it into the water.

Based on old maps, the configuration does not appear to have changed for many years, from at least 2012 to July 25, when the accident occurred.

“It wouldn’t have mattered whether there was a ramp there or not. Without reflectors, she would have gone right off the dock or right off the bulkhead,” said Council Member Frank Weisgerber.

South Bethany has about three dozen spots where the road ends or curves abruptly in front of its 5-mile network of canals.

Because of a quirk in plotting, some of the dead-ends are owned by the Town, while others are split between the adjacent property owners.

The Town-owned dead-ends are all blocked by two large red, diamond-shaped reflectors. The private dead-ends typically end in a cul-de-sac, greenery or other items that would cause a driver to hesitate.

It’s not a perfect system. Throughout the years, some residents have blocked the safety reflectors with various things, such as flower pots intended for beautification. Recently, the Godwin Street end had several small bike ramps installed. But those items might serve to slow wayward traffic.

“We’ve not ignored it,” responded Mayor Tim Saxton. “We’ve taken the owner’s feedback and are trying to make a decision on what’s the appropriate action.”

Saxton suggested working with the property owner for some initial steps for identifying the dead-end and maybe a blocking mechanism. However, he warned against appearing to “pick on” a particular person or property.

Many of the town’s property owners have boat ramps, but none of them appears to be thus situated at the end of a road.

In the dark, it’s possible that Linda Lee Bravo, 70, barely saw the road end before her vehicle snapped the security cable and drove into the canal in July. Her SUV settled smoothly into a 10-foot trench within in the canal and, due to the thick muddy bottom, was not immediately visible on aerial sonar scans conducted during the search for Bravo.

The property owner didn’t initially report the broken cable across his boat ramp, he reportedly said, because it didn’t appear suspicious — it wouldn’t have been the first time someone had bypassed the cable to use his ramp.

Because of the length of time her body was in the water, the Delaware Medical Examiner’s Office was not able to definitively determine what might have made Bravo drive into the canal.

“It’s night, it’s not well lit — I think she was just confused, is what it looks like. … You never know,” South Bethany Police Chief Jason Lovins said.