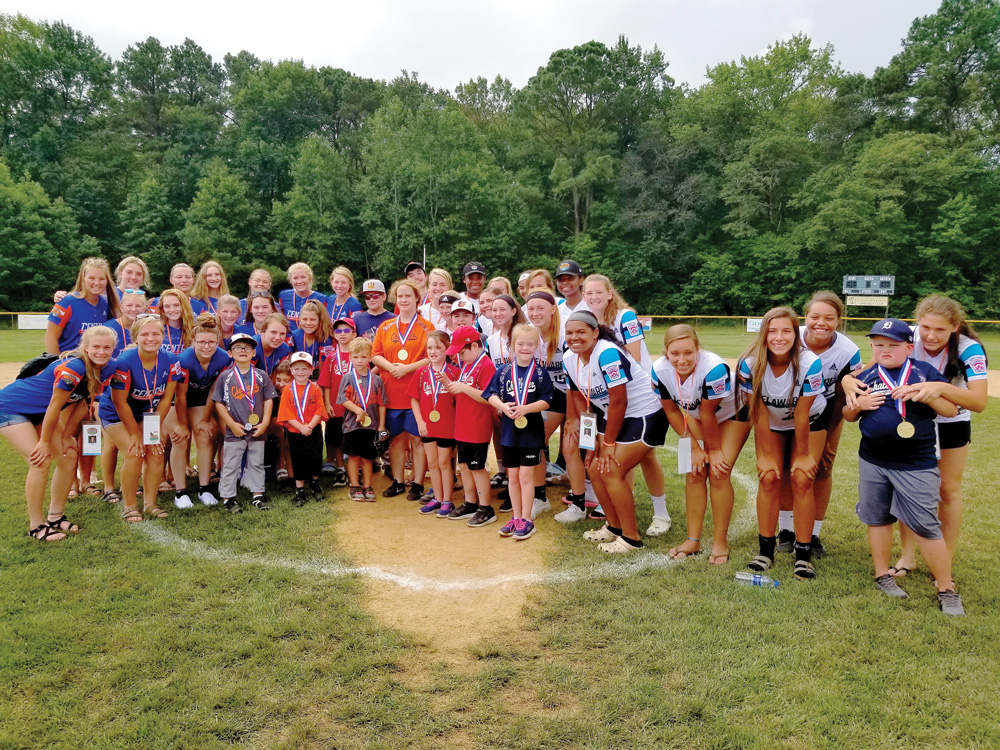 Another successful year of baseball action is in the books for the District 3 Challenger Division, following their season-ending game on Saturday, Aug. 3.

The game, which was played at the Lower Sussex Little League Complex at the Pyle Center in Roxana, was part of the weeklong festivities that featured the Little League Senior League Softball World Series.

Organizer Megan Browne said she was excited beyond words for the players who were able to play in the season finale, especially with the special buddies who joined the Challenger athletes.

“We had a bit of a smaller turnout than expected, due to the rainout Thursday night,” Browne said of the Aug. 1 game. “The Delaware District 3 girls came in the morning to buddy our kids. They did such a great job, and were so good with them. And the team they were playing that evening, the Central team from Michigan, dragged their butts all the way there in the morning to sit on the bleachers and cheer on our players. It meant the world to us, truly.

“We played at 10 a.m., so nothing else was going on there — the concession stand wasn’t open, no cameras, etc. It would have been a pretty quiet game were it not for these two amazing teams who came to help out and cheer us on. It was awesome.”

As if the special guests weren’t enough, there was even something a little extra for the players, courtesy of LLWS Director Martin Donovan of District 3.

The District 3 Challenger team is a part of the Little League Challenge Division, which was founded in 1989 and is Little League’s adaptive baseball program for individuals with physical and intellectual challenges.

According to the Little League website, “Any individual with a physical or intellectual challenge may participate. If an individual can participate in the traditional Little League Baseball or Softball program with reasonable accommodations, they should do so. The Little League Challenger Division accommodates players ages 4 to 18; or up to age 22 if still enrolled in school. The Senior League Challenger Division accommodates players ages 15 and above (no maximum age).”

Anyone with a child that they want to sign up for the District 3 Challenger team should contact Browne at de3challengerdivision@gmail.com.