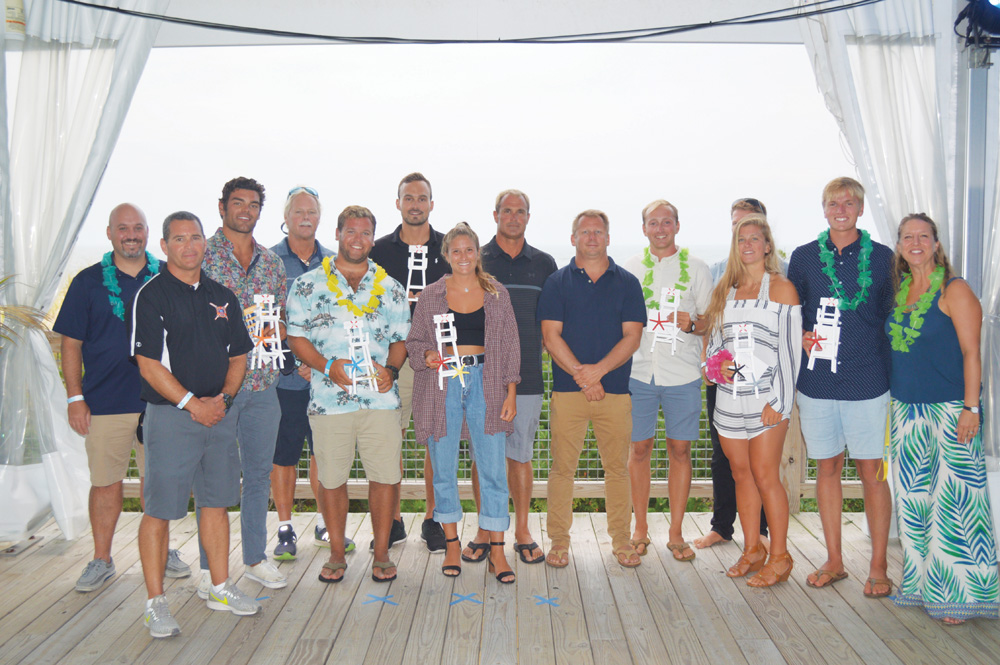 There is no secret how effective the lifeguard squads are up and down the beaches of Sussex County. Every year, the lifeguards are among the best in the business at keeping a watchful eye over the locals and vacationers as they enjoy some downtime.

However, that is not all that they do.

A strong contingent of guards recently participated in the United States Lifesaving Association’s National Lifeguard Championships in Virginia Beach, Va. The team from Sussex County placed third overall nationally, amongst some of the strongest competition in the country.

“It was a tremendous showing for our team in Virginia Beach,” Tim Ferry said on Thursday, Aug. 15, during the Sussex County Lifeguard Awards ceremony, held at Big Chill Beach Club. “We have some of the best guards in the country, and that was on full display during the competition.”

Emily Ruppert won the Open Women’s Beach Flags contest for the Sussex County team. Alexandra Santer put on quite a performance individually, accumulating the second most points over all the events, with 119.688.

The Sussex County finishers (and their placements) included:

During the Sussex Country Lifeguard Awards ceremony, each beach patrol honored their Lifeguard of the Year, with their captains presenting the award. The award winners were each voted upon by their respective squads for the award.

Winners from each beach patrol included:

The evening’s festivities were hosted by the Bethany-Fenwick Island Chamber of Commerce, and were sponsored by several local businesses. A video reflecting back over the season was featured for the guards and guests in attendance.