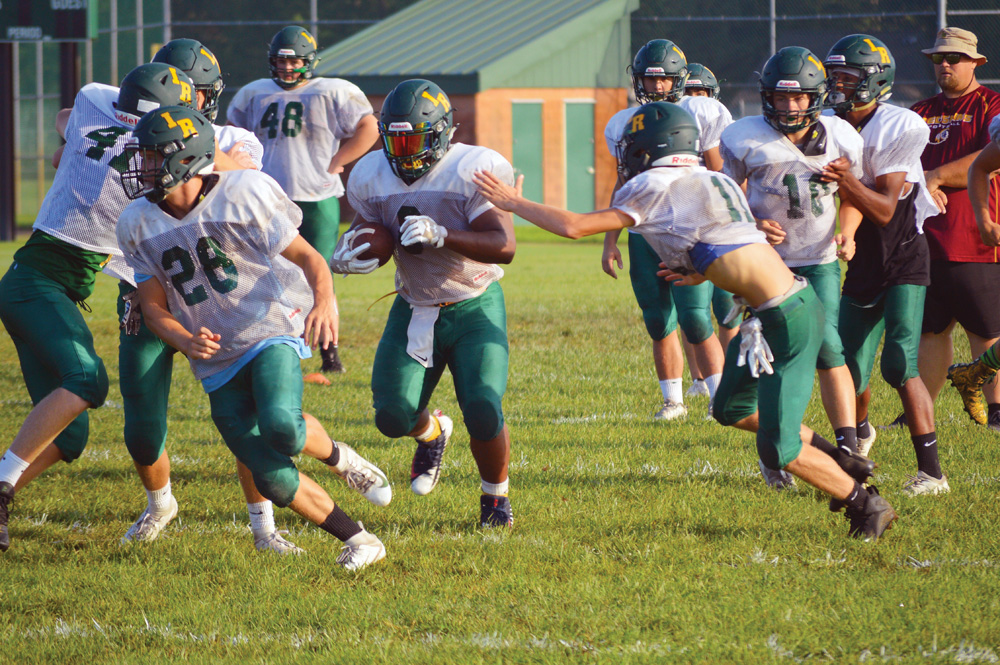 Injuries turned what could have been the picture of a very promising 2018 season for the Indian River High School football team into something of a jigsaw puzzle that was missing several pieces.

Head coach Phillip Townsend and his staff had to constantly try to piece their roster together as the team was decimated by injury after injury, especially to a pair of senior captains, J.J. Killen and Jacob Anderson. Following their season-opening 16-12 win over Glasgow, the Indians — who finished with a 3-7 overall record a year ago — found themselves undermanned and lacking seasoned veterans on the field, week in and week out.

But now, the Indians have turned the page on the book that was 2018 and have their sights set clearly on writing a new chapter for the 2019 campaign. With renewed drive, and many returning players who were able to gain invaluable experience a year ago, IR is excited for the prospects of the success they could have this year.

With the losses of Killen, Anderson, Zach Schultz and Reshawn Turner to graduation, Townsend and the Indians will look to eight seniors to lead the way this year on both sides of the ball, and their leadership should bode well for the team’s potential success.

Seniors A.J. Bordeau, Nicholas Angelo and Tajon Knight, along with junior River Vickers, will all see time in the IR backfield as running backs, while Vickers will also be the team’s kicker. Seniors Jodiah Morris and R.J. Rybicki will serve as the team’s lead fullbacks.

A trio of seniors will anchor the front line, with Jaquan Floyd, T.J. Moore and Ramond Turner all returning to open holes for the offense’s running game, while also protecting an as-yet-undetermined quarterback.

Townsend said that there was still a strong competition taking place to be the team’s signal-caller for 2019 with four or five players working hard to land the starting spot. Following this Friday’s scrimmage, at home against Cape Henlopen at 6 p.m., the coaching staff should have a clearer picture as to who that will be.

On the defensive side of the ball, Bordeau, Angelo and Knight will work in the secondary. Rybicki, Moore and Vickers will lead the unit from their linebacker spots. Morris, Floyd, Turner and T.J. Burke will serve as the front line of defense.

“We have 50 kids who are committed each day to getting better,” said Townsend, who has been with IR nine years overall. “We have simplified things in the off-season, and the guys hit the weight room hard. We are excited to see what this team can do this year. We have a tough season-opener, but our schedule this year should allow us to have success if we can remain healthy.”

IR will open their regular season Sept. 6 with a home game against Milford, which has moved up to the DIAA Division I level this season.

A road trip up to Polytech in Week 2 (Sept. 13) for a Friday-night feature is the team’s first of five away contests.

Homecoming is scheduled for Friday, Oct. 18, against Delmar, while Senior Night will be in the regular-season finale against the defending DIAA Division I state champions from Sussex Central, on Friday, Nov. 8.