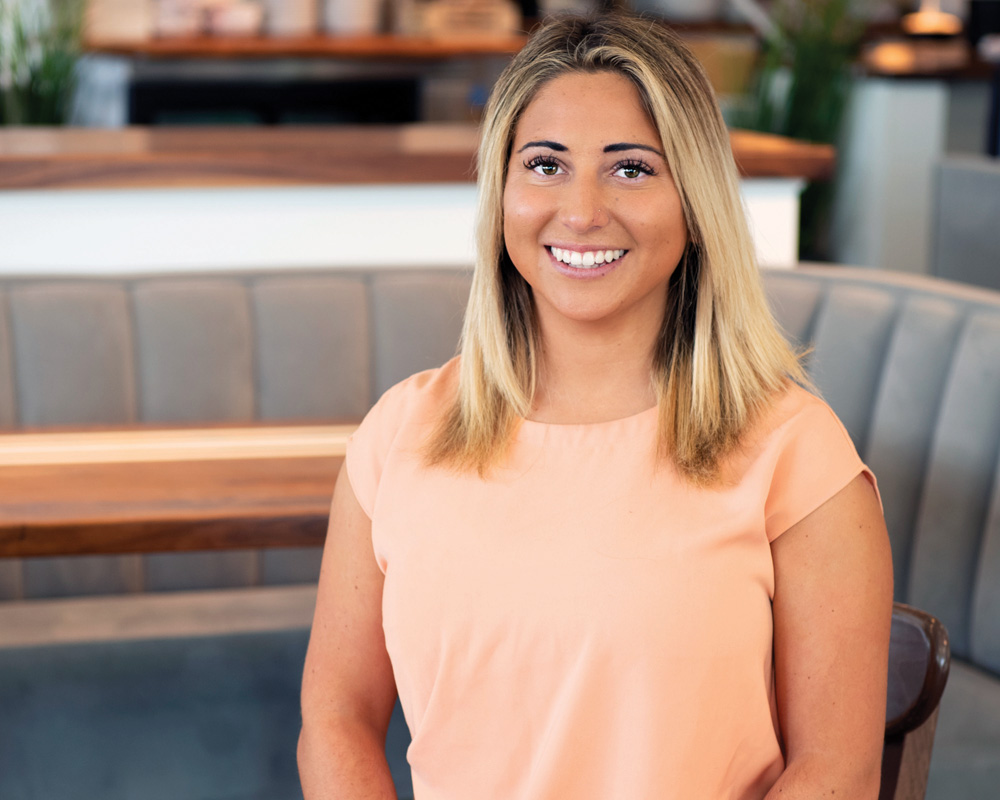 “Stevie has been a tremendous addition to our team over the last few years,” he said. “She is interested in learning everything she can about the restaurant, the industry and leadership.”

Born and raised in Howard County, Md., Wishner began working in restaurants when she was 13.

“I fell in love with every aspect of it,” said Wishner, who graduated with a degree in resort and hospitality management from Florida Gulf Coast University.

In 2017, shortly after her graduation, Wishner began working with SoDel Concepts as a server.

“With her work history, we quickly identified her as a rising star,” Kammerer said.

That same year, she became a manager at Papa Grande’s in Fenwick.

“I was thrilled to learn about the ins and outs of being a leader,” Wishner said. “SoDel Concepts’ extensive training program has provided a lot of support.”

She also credited her success to her mother and older sister.

“They have demonstrated the rewards of hard work and perseverance,” she said. “They’ve always been my biggest cheerleaders.”

Wishner lives in Bethany Beach with her family.