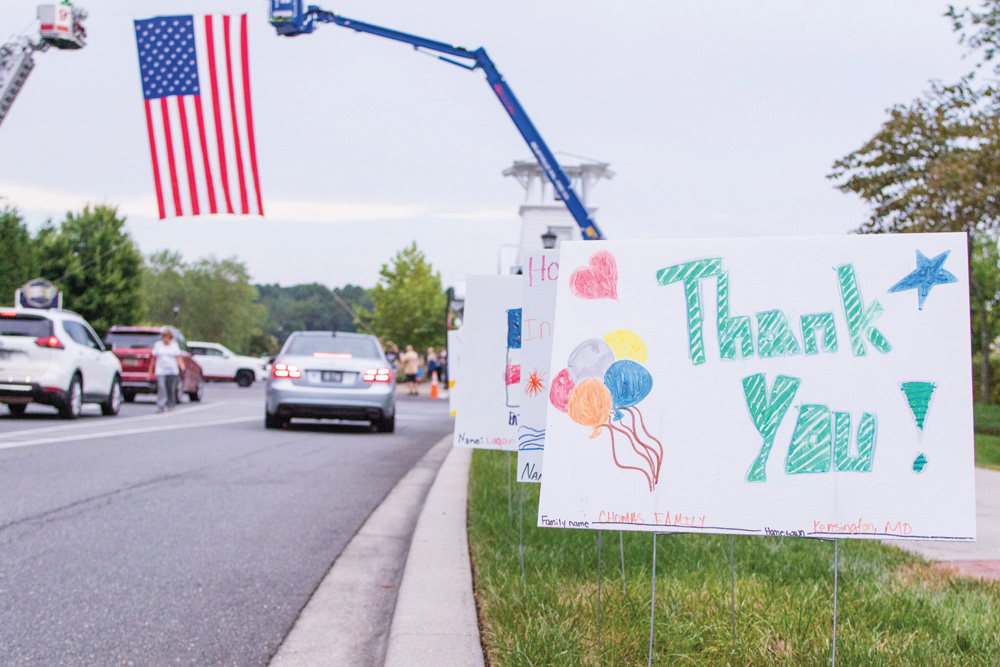 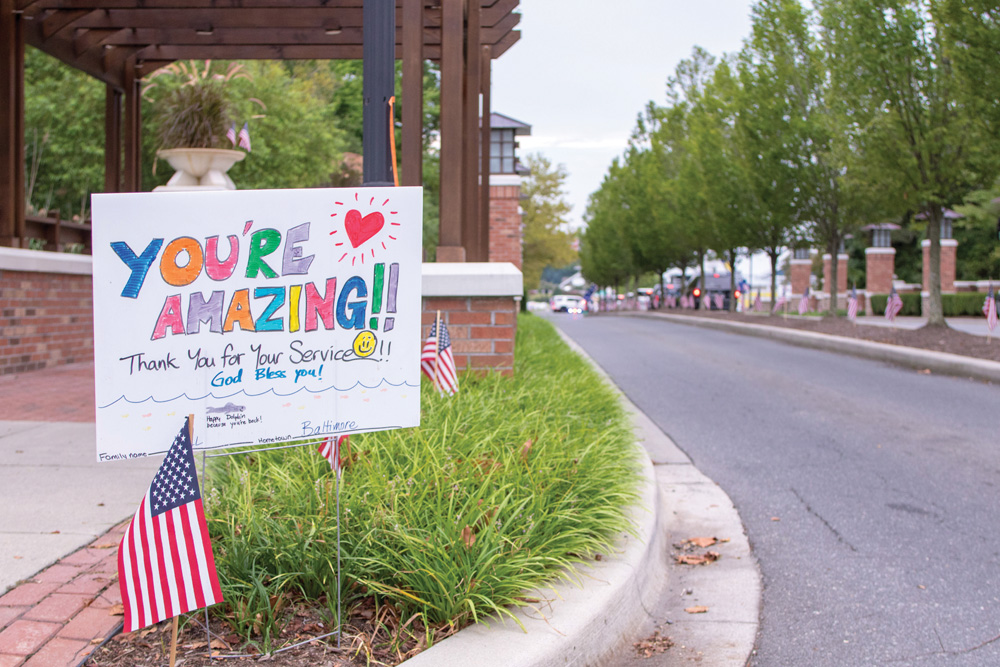 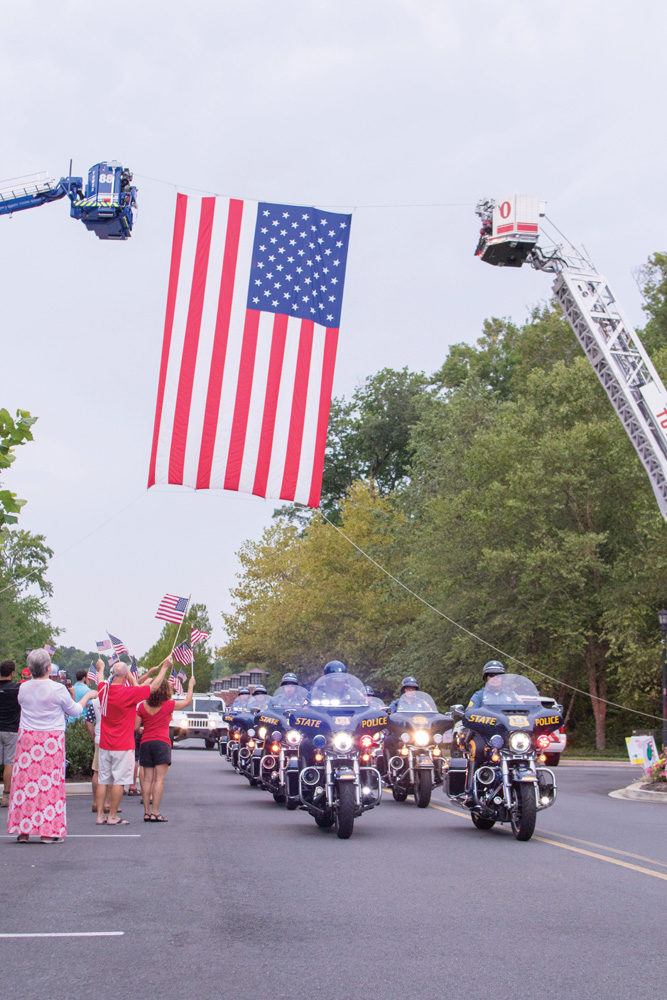 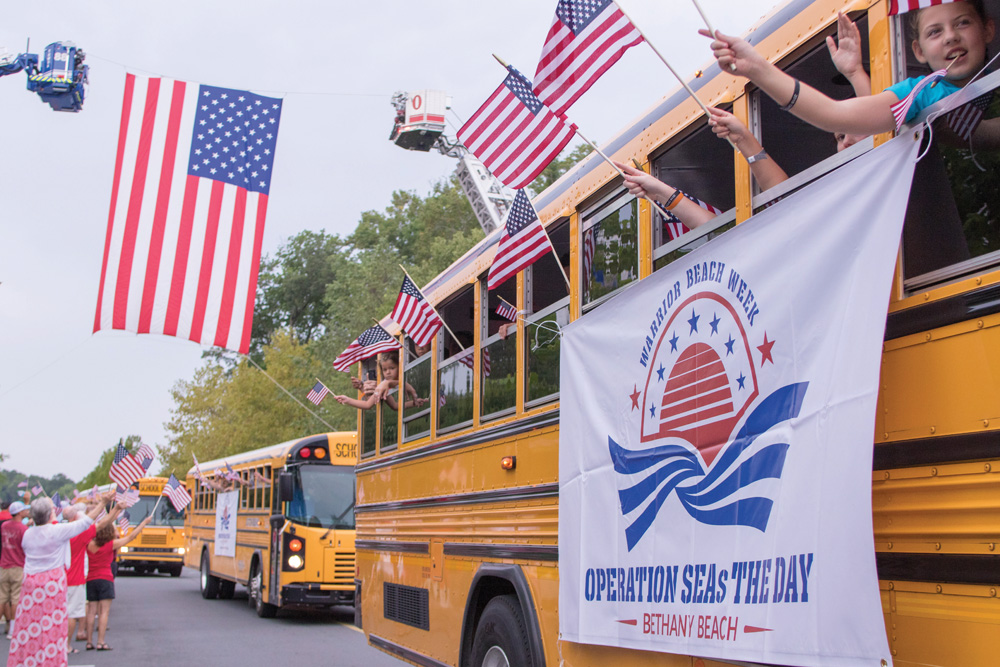 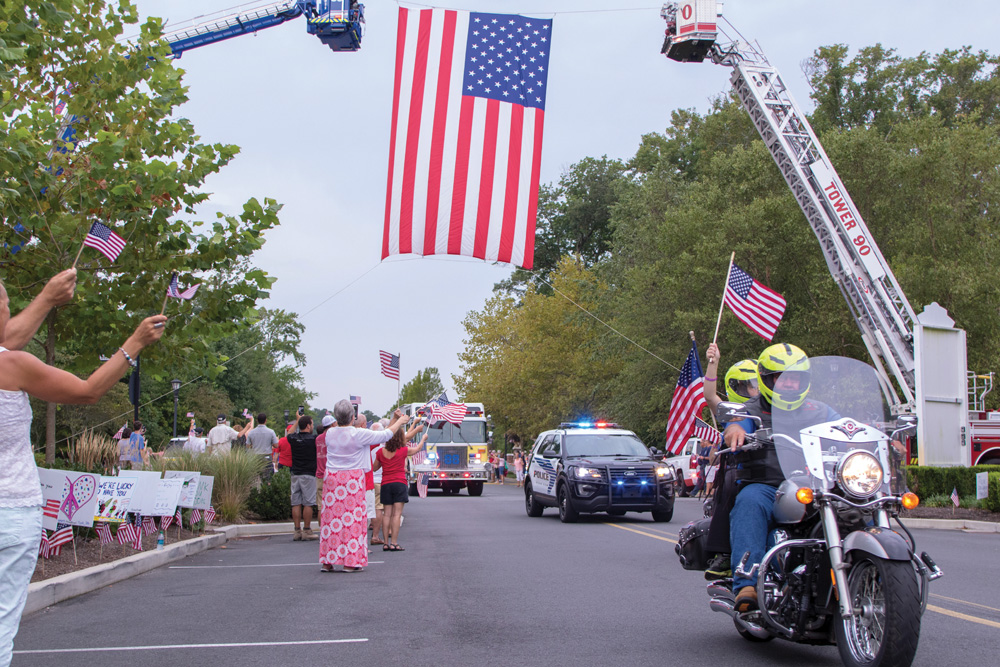 Being a host family for Operation SEAs the Day’s Warrior Family Beach Week is a life-changing experience, according to two local couples.

“We, as volunteers, get so much more back, having the experience of getting to know the families and joining the community in thanking them for their service,” said Chris Powers of Bethany Beach, who with her husband, Alvin Ross, has hosted the OStD Very Important Families (VIFs) for several years.

The host families for Warrior Family Beach Week don’t physically host the families — others donate their beach homes for the families to stay in — but they do take on many other tasks associated with hosting out-of-town guests.

Powers said she generally gets in touch with “her” families a few weeks before they arrive, so that she can get to know them a bit. It helps, she said, to know the ages of the children, if there are any, as well as other important details, so she can make suggestions for age-appropriate activities and smooth over any potential issues during their stay.

“I tell them a little bit about Bethany Beach,” she said, since most VIFs have never been to the area. She exchanged email addresses with her VIF, she said, so that “once they get the schedule for the week, I can answer any questions.”

The VIF’s “don’t know what to expect” when they arrive for the first time, Ross said, so host families fill the role of preparing the families for what the week will entail.

“I’m always amazed at what the town gives to them,” he said.

Pat Bragdon of Lewes and his wife, Debbie, have been a host family for Warrior Family Beach Week for six of the seven years of its existence.

“It’s quite an operation,” he said.

Like Ross, Bragdon said he is always impressed by the welcome the veterans and their families receive from the Bethany Beach community.

“They weren’t welcomed in their home towns,” upon returning from deployment, Bragdon said, so the VIFs are often shocked at the response they get when they arrive for Warrior Family Beach Week.

“These guys, they get teary-eyed,” when they see the banners and the posters the town has prepared for them, not to mention all of the activities and special perks that have been arranged for them, Bragdon said.

“It’s just amazing to be around them all week and see” how the beach vacation affects them, he said. “Being an Army brat myself” — his father served for 30 years, including deployment in Vietnam — “I went through that,” he said of the lack of welcome for returning soldiers.

Bragdon said one of the most rewarding aspects of being a host is watching the children as they respond to what it means for their parents to be able to spend this family time together. For many of the VIFs, he said, “It’s the first time they’ve been able to take their kids on vacation,” he said.

The meaning of that is not lost on the children themselves, Bragdon said.

“The kids say how their parents are so moved” by the experience.

Bragdon said he also relates to the fact that military families — particularly those with wounded veterans, often struggle financially.

Bragdon marveled at the generosity of the community in general when the VIFs are in town. He recalled one instance when he was dining in a Bethany Beach restaurant and one of the veterans was expressing concern about whether he would have gas money to return home. A woman at a nearby table stepped forward, he said, and gave the man $50.

“Everybody kind of goes out of their way to embrace them,” Bragdon said. “It’s such a community event. We’ll keep doing it as long as it’s going on.”