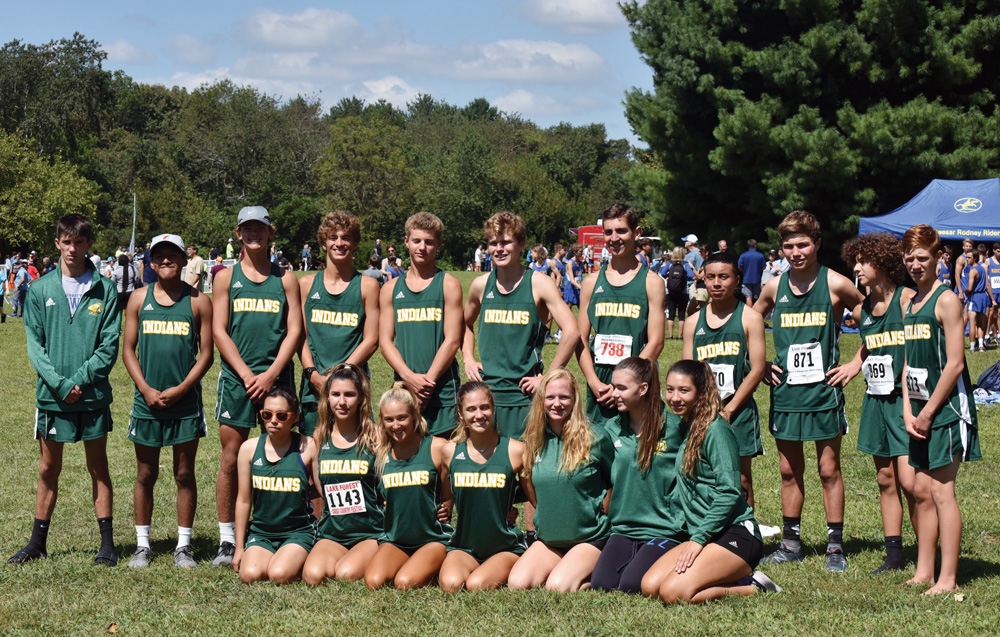 Cross-country teams from 19 high schools across the state entered this year’s Lake Forest Invitational, held at Killens Pond State Park last Saturday, Sept. 7. Indian River High School had boys’ varsity and JV teams, as well as a girls’ team, in the event, which was their first of the 2019 season under first-year head coach Rick Hundley and assistant coach Andy White.

Since taking over IR program, Hundley has had one goal in mind: winning a state title.

“On the boys’ top five grouping varsity, we put our top five boys in a pretty close group, maybe within a minute or so, which is a great goal,” said Hundley as he looked over the day’s results. “On our girls’ team, Emma Barthelmess, who is just returning to cross-country, ran as a youth and I coached her as a youth. She was our first girl to run well. But, it’s very, very early in the season.

“We say it all the time. It’s OK to lose the battles. We’re in it to win the war in November, for the state title. We’ll get back to work [Monday] and keep training. We’re going to be in some good invitationals this year, some good dual meets, and we’ve got a good group of kids that come out every day and work hard, and that’s how you run fast.”

Barthelmess, a 16-year-old junior, was IR’s fastest female runner. She covered the 5K distance in 23:02 minutes.

“This is my first time running in a while,” admitted Barthelmess, “so I’m just getting back into it. The course was a little harder than I remembered, but I had fun today.”

“It was a little better run than I’ve done here before,” Burke said. “I tried a little harder this time, but the back half of the race was a little tough. It’s probably one of the best races I’ve done here. There were a lot of good racers here today, and that got my adrenaline pumping.”

Hundley said he was pleased with the overall effort for the first time out.

“I thought the boys ran well,” the coach said. “The girls have some work to do, but as I mentioned, I don’t put a lot of weight in this early-season invitational.”

On Friday, Sept. 13, the Indians’ runners will travel north to Lums Pond State Park, where they will compete with racers from 22 schools in the Middletown Invitational.