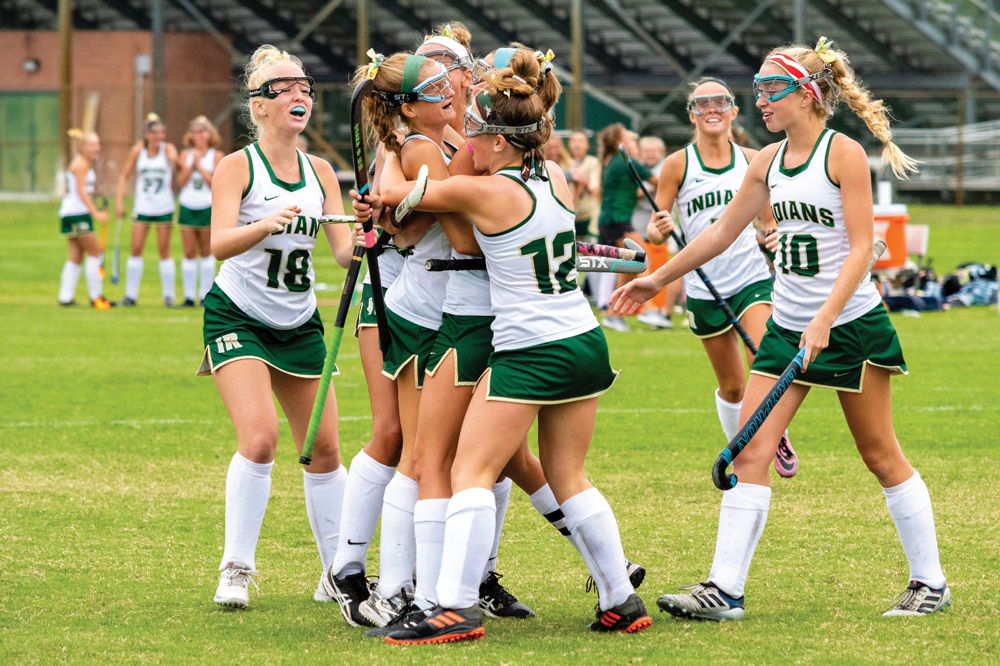 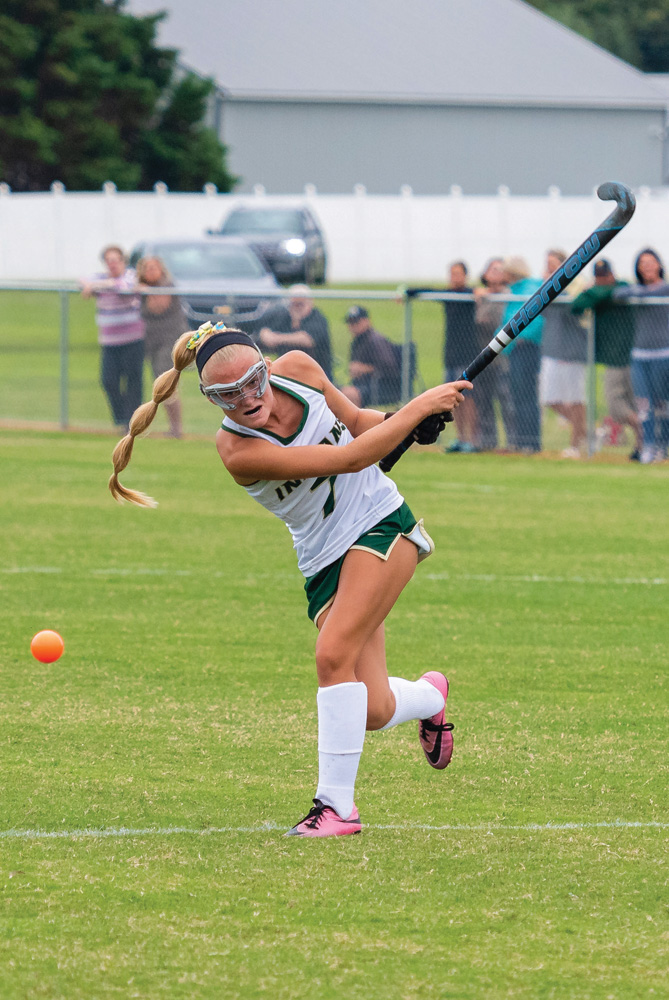 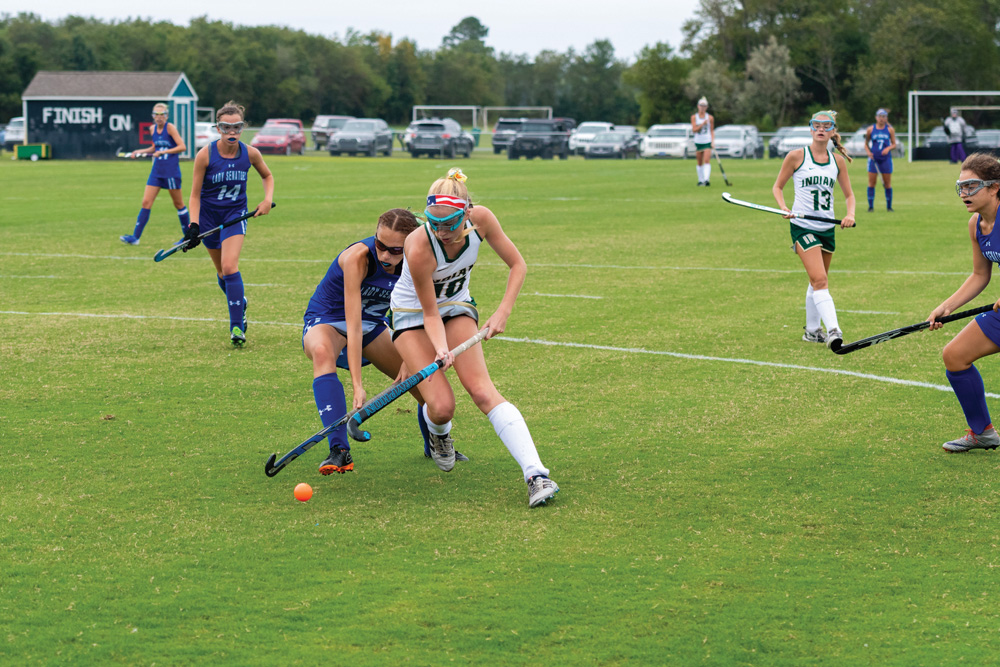 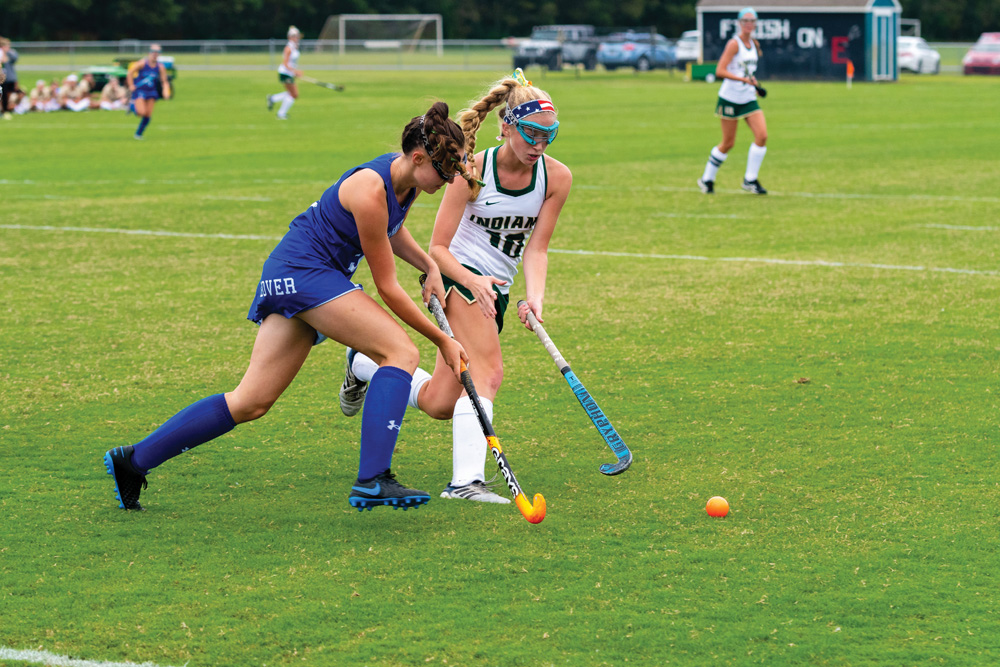 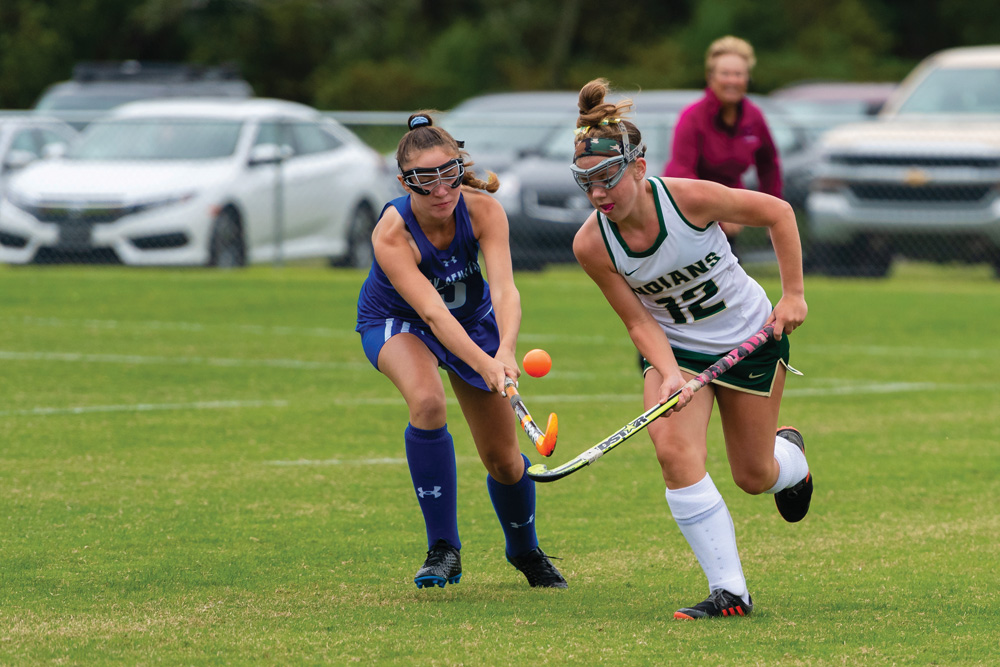 Indians cruise to win over Riders

Indian River High School’s field hockey team scored early and often in an impressive 7-0 win over Caesar Rodney on Tuesday, Sept. 10, to stay unbeaten through their first two games of the 2019 campaign.

Avery Congleton recorded a hat trick, and Brynn McCabe scored twice as four different Indians got into the offensive onslaught. Rylie Cordrey and Kayler Townsend added the other goals for IR, who dominated from start to finish.

The offensive balance will be important as the season progresses, to prevent teams from keying on just one player.

“In the past, we’ve had one maybe two for scoring, but now that we are getting into that next level of competition, your better teams look at stats and look at things like that,” head coach Jodi Stone said after the game. “For example, [last week] against Dover, they tried to run a diamond shape [defense] around Rylie to try and shut her down. We have to continue to make adjustments so that we can still continue to move forward through our season.”

While the offense proved masterful, it was the defense — led by seniors Kaylee Hall and Morgan Bomhardt — that stymied any potential hope for the Riders, as it limited CR to just five shots in the game.

That defensive performance has made things easy for goalie Allyson Clark through the first two games. Clark needed to make just three saves for the shutout win.

The Indians’ strong roster, with balance and depth throughout, should make them a tougher opponent as the season progresses. That depth was key during Tuesday’s game, especially when it was a bit warmer weather-wise.

“We are really hitting them hard here early on,” Stone added of the schedule. “We have a tough game with Poly on Thursday [Sept. 12], and it was hot today. The score wouldn’t show how tough the game was, but the girls were really hustling. We have flexibility now with the team, and we were able to get some of our younger players in to get some of our veteran players a break so that we could rest up for Thursday. We have options that we didn’t have before, so that is exciting for me.”

The Indians held a decided advantage in shots, at 27-5, as well as in penalty corners, at 7-4.

Cordrey, Townsend, McCabe, Drew Szlasa and Emma Ruley were all credited with assists — further demonstrating the offensive balance, with the ball moving up, down and through the offensive end of the field for IR.

Give-and-go: The Indians found themselves in a battle in their season-opener last Thursday, Sept. 5, in a hard-fought 2-1 win over Dover.

Townsend scored the first goal of the season on a helper from Bomhardt at 24:53 in the first half.

It stayed 1-0 for quite some time before Dover managed to slip through the IR defense to knot the score up at 13:19.

Following a timeout with just under two minutes remaining, IR came out with some adjustments along the front line and worked the ball quickly down into the Dover zone, with Congleton banging home the game-winner with just 1:16 left in the game. Cordrey recorded the assist on the goal.

Shots were nearly identical, with IR holding a slight advantage at 10-9, but they held a huge edge in penalty corners, at 17-8. Clark made six saves to pick up the win.

Following the Poly game on Thursday, Sept. 12, IR will travel to Laurel on Tuesday, Sept. 17.