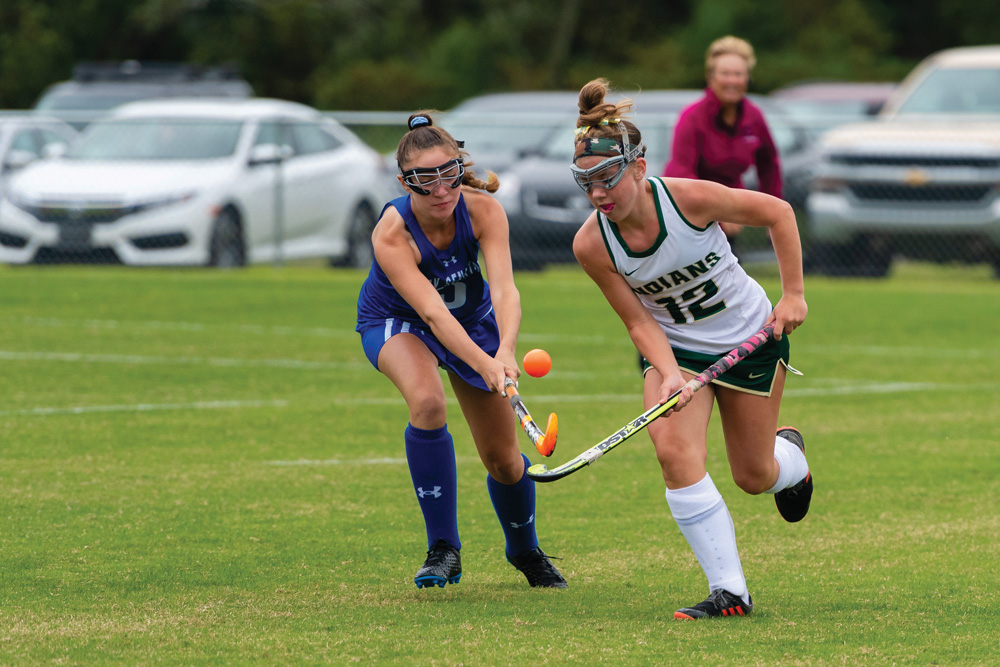 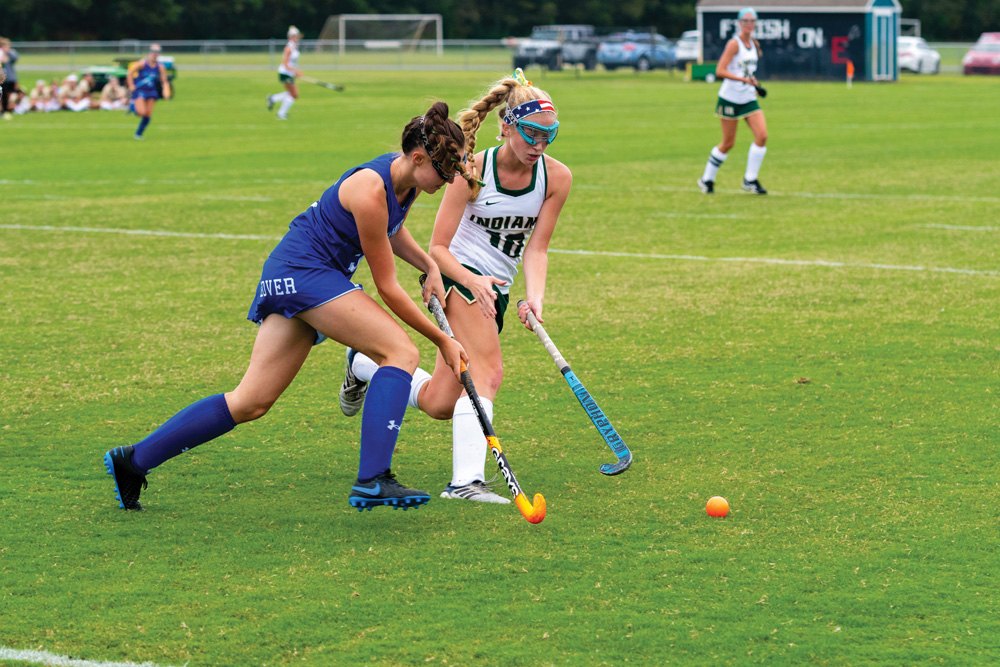 The Indian River High School field hockey team has been on quite the tear to start the season, and its latest victory came on the road, when they dismantled Laurel, 9-2, on Tuesday, Sept. 17.

Junior Kayler Townsend figured in on seven of the team’s nine scores, with a hat trick and four assists. Senior Rylie Cordrey added a pair of goals for the winners, who held a 6-0 lead at the halftime break.

“It never surprises me how many goals our team scores, because we all work so well together,” Townsend said after the game. “Our passing gets better every game, I think. We all just work together. Nobody is selfish. We all just pass to each other. We try something different every day to see what will work better. We work hard every single day.”

The Indians got on the board first, with Emma Ruley finding the back of the cage at 21:53, with the first of Townsend’s assists. Cordrey followed that up 11 minutes later, with Jess Rybicki getting the helper.

Freshman Kinsley Hall scored her first career goal on the varsity level, at 9:41, from Townsend. Cordrey added her second with 5:45 to play in the first half. Sophomore Brynn McCabe slid a shot passed the Laurel goalie inside three minutes to play, before Townsend capped the first half barrage with her first of the game, with just 6.5 seconds left in the first half.

“We have been playing very well,” head coach Jodi Stone said after a recent game. “Our girls are working very hard and have been taking everything one day at a time. We have very balanced scoring, which helps so teams cannot focus on just one or two players.”

The Indians saw six different goal-scorers in the win over the Bulldogs on Tuesday.

Senior Kaylee Hall, who normally is leading the defensive unit for IR, moved up to offense in the second half, and picked up her first goal of the season with 17:55 remaining in the game. That was sandwiched around two from Townsend.

Laurel managed to get their two goals in the second half.

The Indians held a decided advantage in shots, at 23-3, as well as on penalty corners, at 8-2.

IR goalie Allyson Clark was hardly tested in picking up the win.

On Thursday, Sept. 12, the Indians pulled out an impressive 2-1 overtime win on the road at Polytech.

Senior Avery Congleton recorded the game-winner with 12:25 remaining in the extra frame, to lift the Indians to the victory.

Townsend gave IR the early lead with her goal at 18:57 of the first half, before Poly tied it nine minutes later.

The pair of wins for the Indians improved their record to 4-0 on the season, with a home date against Sussex Tech on Thursday, Sept. 19, next on the slate.

IR then hits the road for three at Milford, Seaford and Delaware Military Academy, before returning home to host Caravel Academy in a rematch of last year’s DIAA Division II quarterfinals.