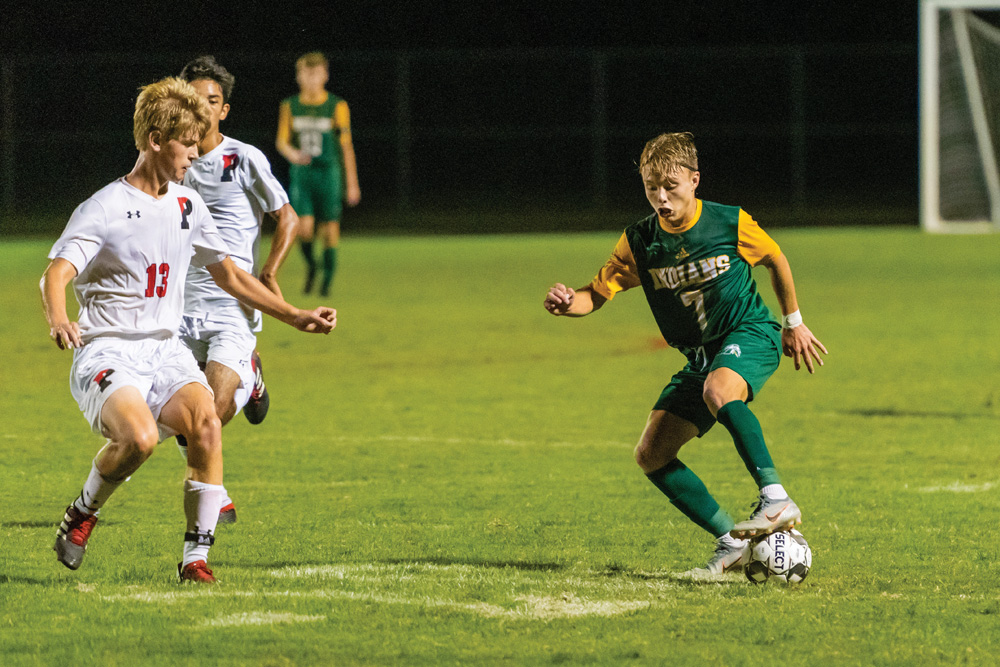 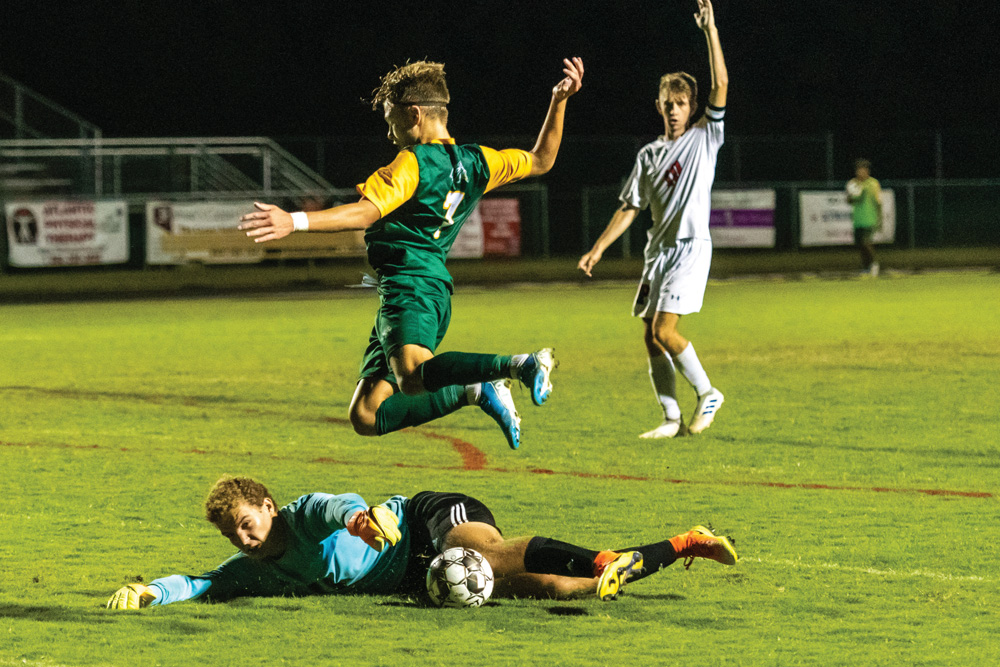 Indians rally to forge 1-all tie with Poly

Slow starts have plagued the Indian River High School boys’ soccer team at various times throughout the first half of their 2019 campaign.

Such was the case again on Tuesday, Oct. 1, when the Indians hosted Polytech, but found themselves in a 1-0 hole in the first half, thanks to a sluggish start.

After the halftime intermission, IR found a way to turn things around, with Eddie Mochiam getting the Indians on the board to tie the score at 1-1. Neither team could do much else the rest of the game, which included two 10-minute sudden-death periods and ended in a 1-1 tie.

“Our problem is that we don’t want to start playing until the 15th minute of any game, and I don’t know why that is,” admitted veteran head coach Steve Kilby after the game. “We gave up an uncontested goal, people out of position. It’s like we need to be slapped in the face before we wake up.”

For Mochiam, it was his first goal of the year for IR.

“Second half was much better,” Kilby continued. “We got our outside backs to match up with their forwards, and our outside boys to match up with their backs, which gave us more time and space. [Poly] were playing a 4-5-1 in the first half. We had two sitters in front of the goal in the second half, and had a penalty kick saved. We probably deserved better, but if you don’t take your chances, then here we are 1-1.”

And the slow start is still puzzling for Kilby and his staff.

“Our warmup was great, and I thought for sure that we’d be ready to go,” Kilby concluded. “That’s something we’ve got to try to figure out.”

With the tie, the Indians’ overall mark now sits at 5-1-1 for the season. They were set to travel to Lake Forest on Thursday, Oct. 3, for a Henlopen Conference South Division tilt, before returning home for three more contests on their own pitch against Sussex Tech on Oct. 8, Delmar on Oct. 10 and Sussex Academy on Oct. 15.