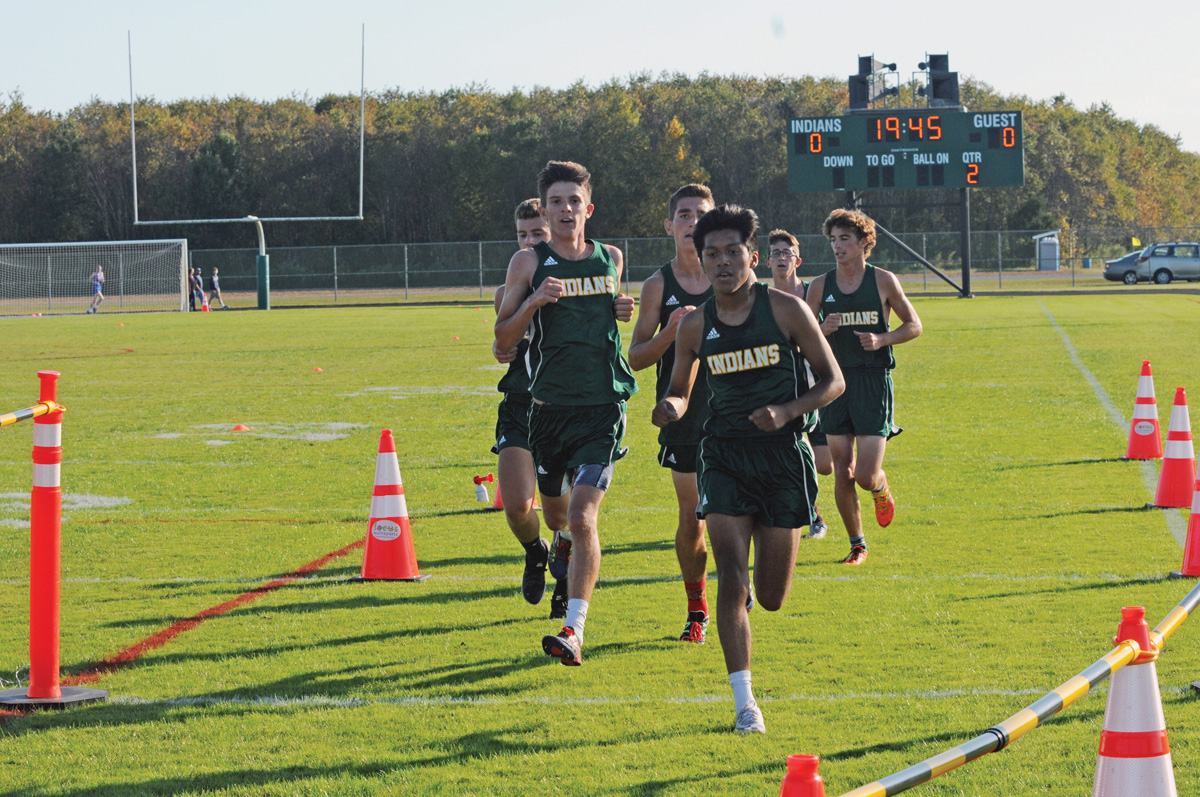 IR’s runners came home from the invitational with an overall third-place team finish — quite an accomplishment for this team of mostly junior runners who’ve undergone three head-coach changes.

“The kids ran well,” Hundley credited. “My crew is pretty good at doing what I ask them to do. They’re well-disciplined, and they buy into the plan. It’s hard, because they’ve had three coaches in three years. So it’s not easy to get them to buy into a new training plan when they’ve had two others. But they’re seeing results now. If you look at Brandywine from last week, compared to what they ran last year — the six varsity runners’ enormous differences. And they are only going to get faster.”

The third-fastest IR racer was junior Colin Hudson, who ran the course in 19:03.12, while Ben Spencer was fourth.

Delaware Academy sophomore Quinn O’Dell was the first runner to the finish line, crossing in 16:36.99.

On Tuesday, Oct. 15, the Indians tamed the Delmar Wildcats, while also celebrating Senior Night. The boys dominated with a 15-50 win, and the girls cruised to a 15-39 decision.

“Running together was part of the plan,” Lopez said. “We have a big invitational coming up Friday,” he noted of Brandywine High School’s annual Joe O’Neal Invitational at Bellevue State Park. “We’re going to train hard, and run with the big boys in training for Friday’s invitational.”

“Today’s run was pretty comfortable. We all just ran with the leader, and then ran by him at the end,” Lopez explained.

In addition to their win over the Wildcats, the IR runners learned this week that they were ranked fourth in the N5CTA polling — recognition they worked hard to achieve.

Hundley said he was pleased with his teams’ Tuesday performance.

“The team did great today,” he assessed. “As I’ve said from Day 1, we’re focusing on the state meet. Today was just an easy run for the boys, and our girls are likewise focused on the state meet. We’re three weeks out, and we’re where we want to be, top of the state.”

Following Tuesday’s lone home meet of the season, the IR runners will travel north to Bellevue State Park on Friday, Oct. 18, where they’ll compete against 27 other teams in the Joe O’Neill Invitational Tournament.

Looking further ahead, the following Wednesday, Oct. 23, IR runners will be at Sussex Academy for a tri-meet that will also include Seaford.

By Bruce C. Walls
Special to the Coastal Point