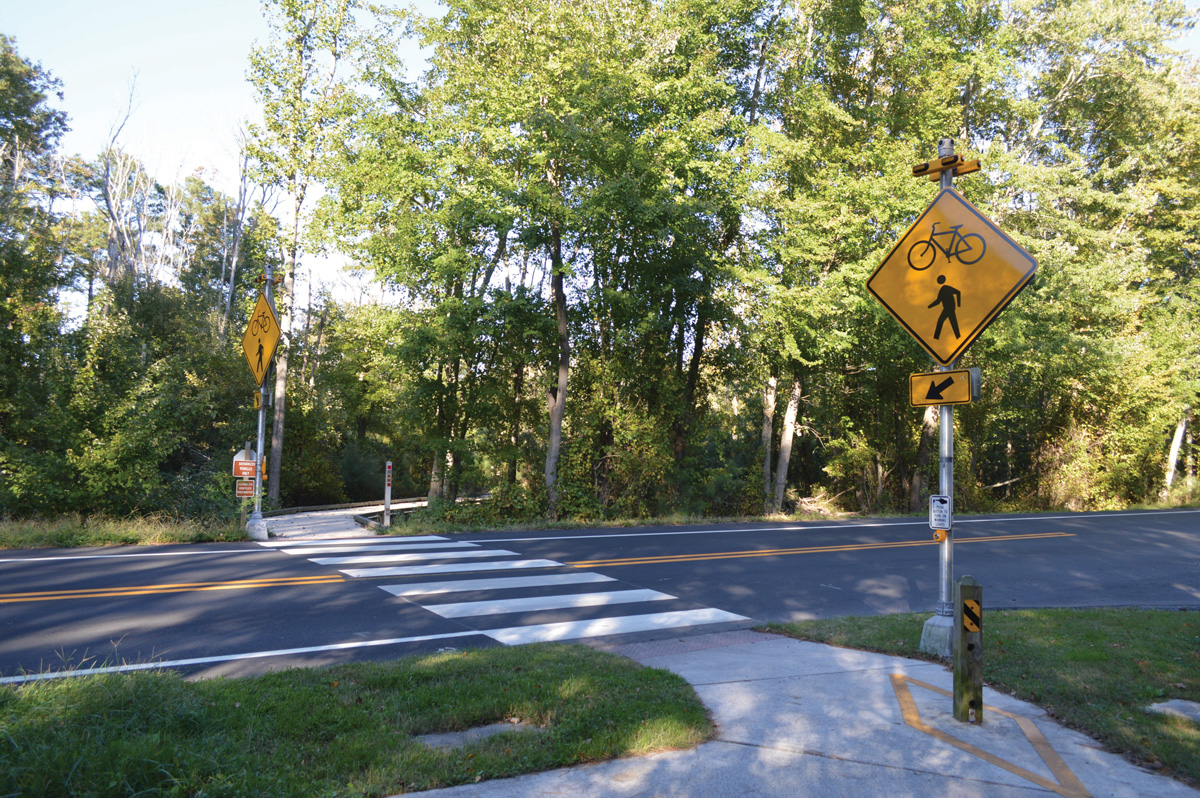 Every pedestrian injury and cyclist fatality that occurs on Route 1 is another heartbreak for the people tasked with keeping the public safe.

Just as the Towns of Bethany Beach and South Bethany were organizing a road-safety campaign this summer, the Delaware Department of Transportation (DelDOT) was finalizing plans to install road lighting on a 3.3-mile section of Route 1 (Coastal Highway) and possibly add flashing lights at pedestrian crossings.

“That whole stretch is going to be lit up,” from Fred Hudson Road to York Road, said South Bethany Mayor Tim Saxton of the DelDOT plan. “So bikes, pedestrians can cross a little safer, and motorists can see them a little better. This project will probably start this time next year.”

New twin-arm pole lights could be installed in the Coastal Highway median, every 175 to 190 feet, as recommended by Whitman, Requardt & Associates (which has investigated the issue for DelDOT).

“I know some people are not going to like all that lighting, but a lot of these accidents happen at night. We’ve got to light it up,” Saxton said.

Vehicle collisions just in that 3.3-mile corridor have claimed several lives since last December, among both residents and guests of the local community. Another bicyclist — a South Bethany resident — was killed on the road on Oct. 3 near Sea Colony, in the midst of ongoing safety discussions.

The speed limit in the stretch of highway is mostly 35 mph, but it does go higher. According to the Delaware Office of Highway Safety, a person struck by a 40-mph vehicle has 85 percent chance of not surviving.

Both towns have also requested flashing lights near crosswalks — a proposal DelDOT is considering, based on their budget and their official studies. Rectangular rapid-flashing beacons (RRFBs) would light up on either end of the crosswalk when a pedestrian presses a button, which warns vehicles of a pedestrian nearby. Examples can be seen on Fred Hudson Road and in the “Forgotten Mile” near Dewey Beach.

For the proposal, South Bethany provided a wish list of four preferred crosswalk intersections (Anchorage, Petherton, Henlopen and Bayshore) that are already heavily used or that align with intentions for future bike parking.

As South Bethany struggles with a lack of bike parking, DelDOT has also given the Town permission to install bike racks near Route 1 on the west side of the highway.

“We hope to have, next summer, flashing lights at select crosswalks in town, where a resident can actually push a button and lights will flash, telling cars [that] someone’s trying to cross in the median,” Saxton said, “with the goal to get many more cars just to stop.”

DelDOT will do studies before and after installation to see what percentage of cars actually stop when they’re supposed to.

Delaware law remains that same. In areas lacking a pedestrian signal, Delaware law says that pedestrians must yield to vehicular traffic. However, if pedestrians are already actively crossing in the crosswalk, vehicles must yield to them. And everyone has an individual responsibility to drive, walk or cycle safely and avoid distractions, such as cell phones.

The projects would begin after next July as proposed, but could possibly start earlier if any surplus dollars appear in this year’s DelDOT budget. The project area is broken into four sections, each about 4,500 feet long, each gaining up to 30 pole lights in the improvements and each section costing about $500,000.

The southern three sections will be funded under DelDOT’s 2021-fiscal-year budget. The northernmost section gets less pedestrian traffic, so it will be considered in the future.

DelDOT would pay for the equipment and installation, but the municipalities would take over maintenance and monthly electric costs. (They’ll also pay the difference if they want upgrades for a more stylish pole design.)

Representatives from both towns said they were willing to pay their share of the project, contingent on town council approvals.

“In the sake of safety, I think we should do it,” Saxton said. “That is a huge, huge win for this town. … I’m very pleased with the progress we’ve made.”