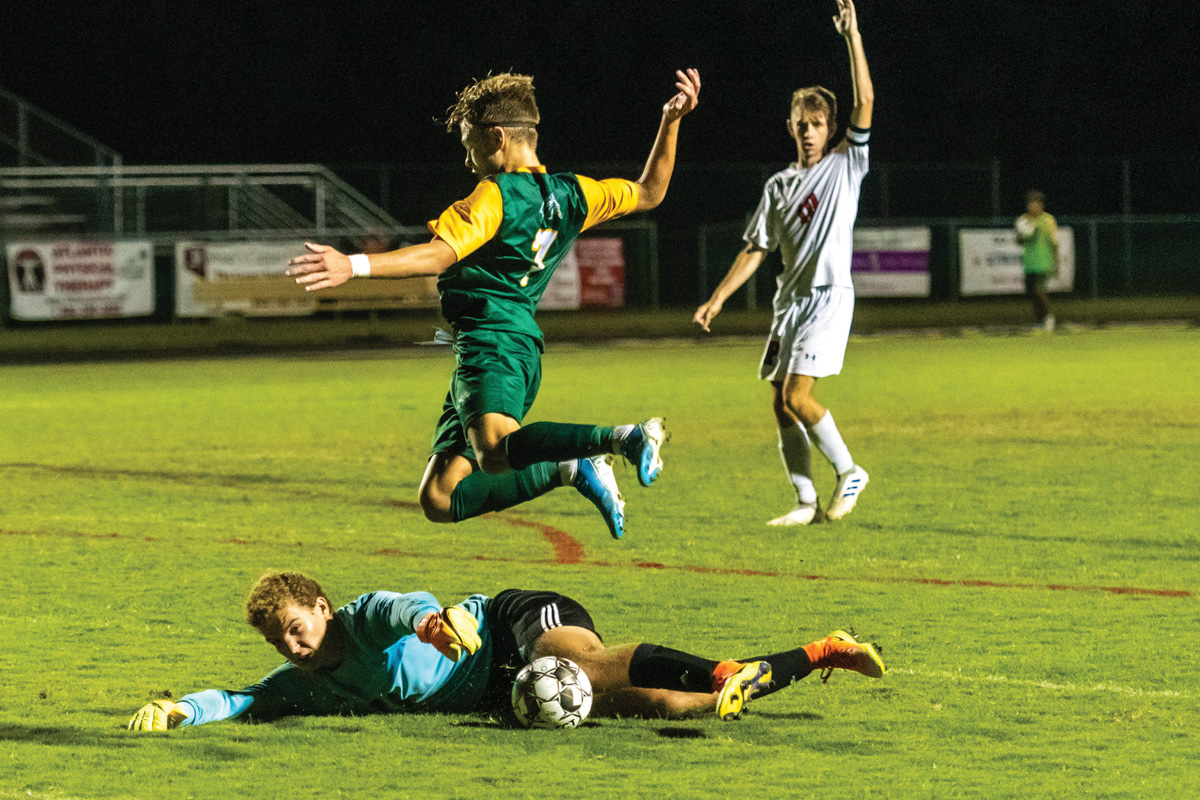 Having picked up a win over Caesar Rodney during the regular season, the Indian River High School boys’ soccer team knew full well that the Riders were gunning to avenge that setback as the two teams collided yet again for the Henlopen Conference championship on Saturday, Nov. 2, at Sussex Academy in Georgetown.

Both teams battled to a 0-0 tie through the first half and much of the second half, until the Riders were able to convert a miscue on the attack by the Indians to an offensive chance of their own in the 53rd minute. Lyod Coutilien was able to slide a shot passed IR’s Bastian Perry into the back of the net for what proved to be the game-winner in the 2-0 CR win over the Indians.

“It’s disappointing and unfortunate,” veteran field general Steve Kilby said after the game. “We made some mistakes, and they were able to capitalize there. We had plenty of chances, but we were never able to get good shots off into the frame. We did a nice job of being on the attack to create those opportunities, but just couldn’t convert.”

Kilby’s assessment was very accurate without even having seen the game’s stats, as his squad managed just eight shots on goal in the contest. They also only generated two corner-kick chances.

Perry turned aside 12 shots in a valiant effort to keep the Indians in the game, and keep the Riders off the board in the first half.

It was the second straight year that CR had taken down the Indians in the conference title tilt. Despite the setback, the Indians still won the conference’s South Division title, which was why they were playing in the game to begin with.

Now, the Indians (12-3-1 overall) must turn their attention to the DIAA Division II state tournament, where they will be the No. 3 seed, which was good enough for a first-round bye. They will take on the winner of the game between No. 6 seed Brandywine (12-3) and No. 11 seed Conrad (8-7) on Saturday, Nov. 9, at 5:30 p.m. at Milford High School. IR did not face either team in the regular season.

For results of the Indians’ quarterfinal contest, check out the Coastal Point sports Facebook page.