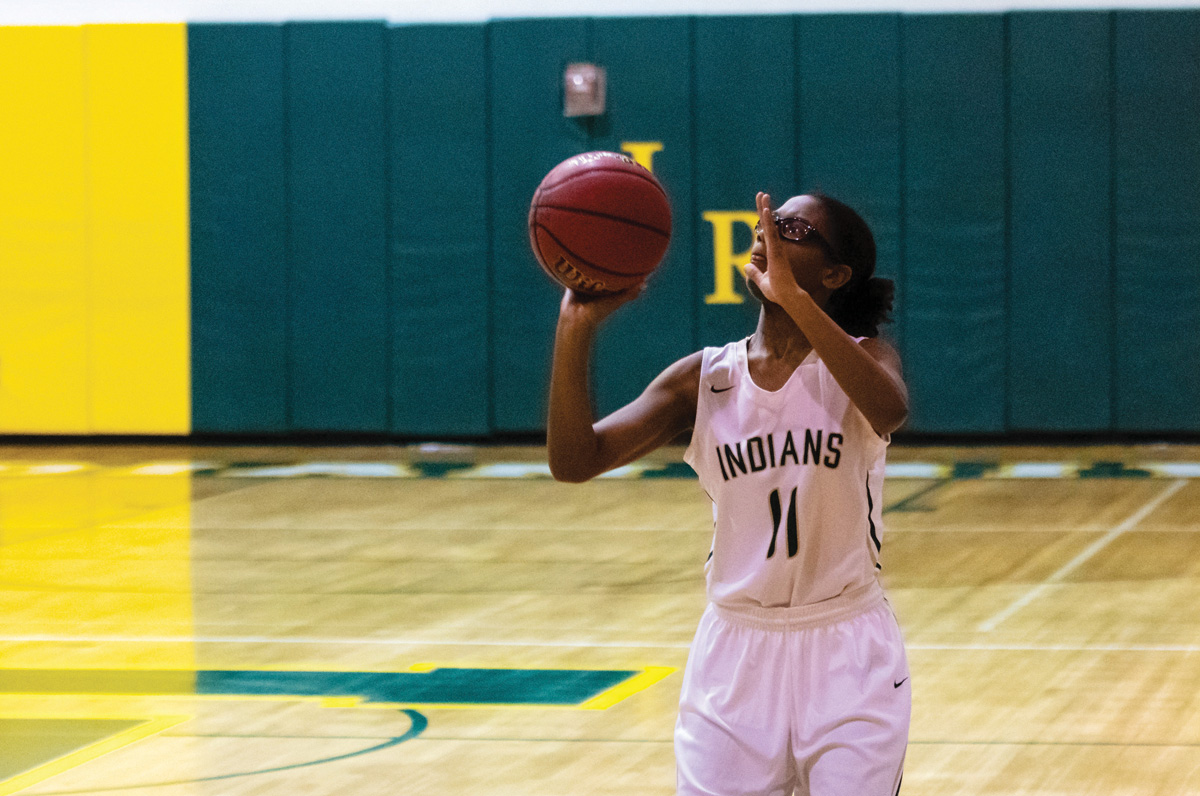 A new coach and a lot of new faces — many of them young and inexperienced at the varsity level — is the main story when it comes to the 2019-2020 Indian River High School girls’ basketball team.

With Pat McCrea taking over as the main man in charge, following a season as the team’s assistant coach, the veteran coach of 57 years is hoping that his practice and game-planning will pay dividends as the season progresses.

“We have a very young team that is inexperienced overall,” McCrea said of his hardwood charges. “We are hoping that, as the season continues, we will be more competitive and grow as a team. We have many new faces that will be getting their first taste of varsity basketball, with only six returning from last year’s team.”

Gone is all-conference selection and the team’s overall leading scorer and rebounder in Julia Jordan. IR also graduated Janasia Satchell, who provided some starts, as well as depth off the bench at points, from last year’s team.

The Indians will be without the services of Micayla Meehan for the early parts of this season as she continues to recover from an injury. She is pushing to return for the latter part of the schedule.

A pair of seniors, a junior and a sophomore are four key returners for the Indians with the most experience. Yonya Wise and Kayley Belzner are the two seniors, while junior Lauren Meehan, and sophomore Le’Anya Garrison that make up the quartet of leading ladies.

McCrea is hoping for newcomers Alaynah Carter (a senior) and Emma Jenne (a junior) to play some meaningful roles for this year’s squad.

Other players that are also returning include sophomores Joselyn Howell and Mackenzie Clattenburg.

Sophomore Faith Predeoux, as well as freshmen Hope Predeoux, Scarlett Dunn and Aniyah Collins, round out the roster and should provide quality depth as they get familiar with the level of play in the varsity ranks.

IR will open its home slate with a Henlopen Athletic Conference South Division tilt with Delmar on Tuesday, Dec. 10, at 5:30 p.m.