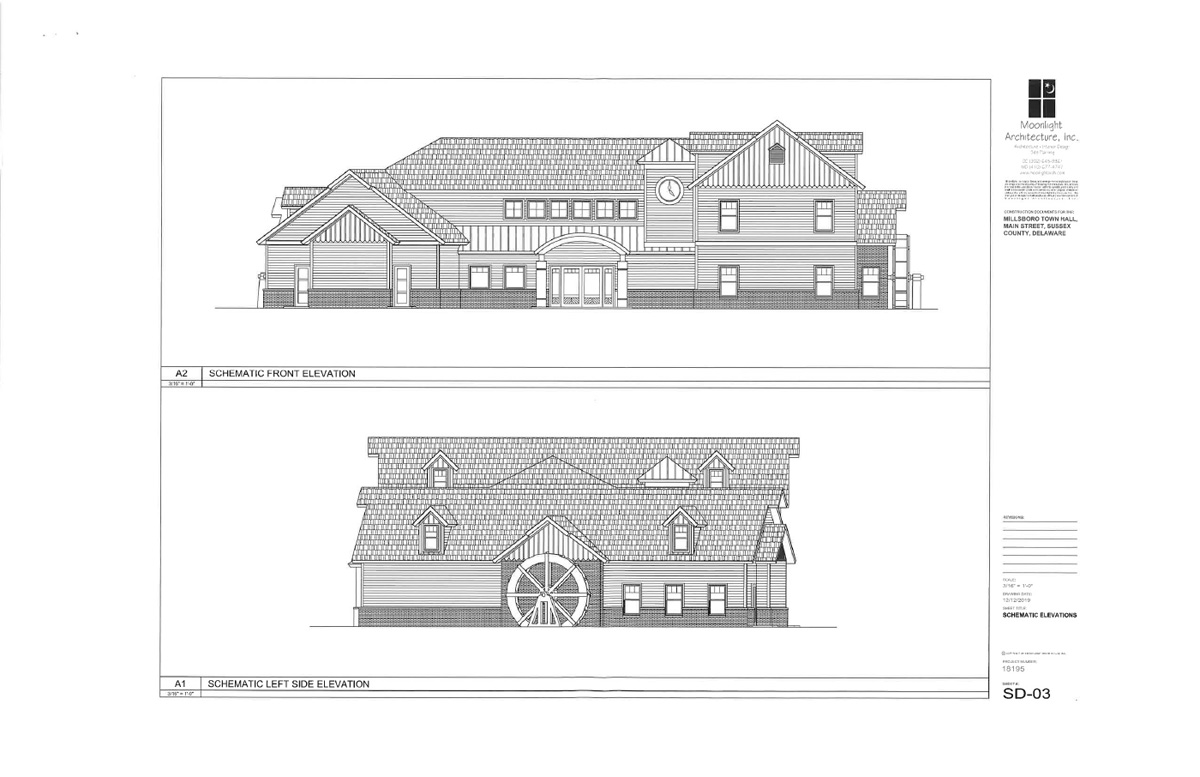 Members of the Millsboro Town Council are hoping to incorporate cypress wood into its interior when the new town hall is built, since the bald cypress tree has historical importance.

Delaware’s only native deciduous conifer, it has light wood often used for shingles or boats.

“They mentioned having cypress outside or inside, maybe on an access wall or as an element. It’s difficult to source, but the cypress is significant to our town,” Town Manager Sheldon Hudson told the Coastal Point following the council’s special meeting to further discuss plans for the new town hall. The council met on Thursday, Dec. 12.

Council members looked at the latest rendering of the exterior of the building, which will be situated beside the existing Millsboro Police Department at 307 Main Street. That building will then be razed to create about 50 new parking spaces, and the police department will relocate to the current town hall building, at 322 Wilson Highway, after it is renovated.

The town museum will remain in that building.

“Council was certainly very pleased overall with the exterior of the new town hall. They made a few tweaks, but nothing major,” Hudson said. “At the next special meeting in January, they hope to finalize the finishes for the exterior, and they may even have a mechanical engineer come to the next meeting and talk about HVAC and the guts of the building. They are moving past the conceptual design.

“What was presented at this special meeting was more concrete. It was a nice blend of where we were and where we’re going,” he noted. “There are some glass elements and a number of more modern elements in the building. There will be a brick component. The siding will be clapboard. They have not talked about a color scheme yet or about landscaping, but it will have the mill wheel outside,” he said of the symbolic version of the device that gave the town its name.

Town leaders will meet for their next special meeting at 6:30 p.m. on Thursday, Jan. 23.

At the November session, council members had unanimously approved a two-story design for town hall and a design with a barn look, and agreed the location will be known as The Gateway, downtown

“Based on consultant input, there was a large differential number floated that was $3 to $4 million less expensive to remodel the town hall [for the police station] than to build a new police station on the Gateway site. There is $4.3 million in our budget, to use to build, and the Town would have to borrow and use transfer tax. There is $5.5 million set aside for expenses including infrastructure, water meters and streets,” Hudson said.